No, Emma Gonzalez did not tear up a photo of the Constitution 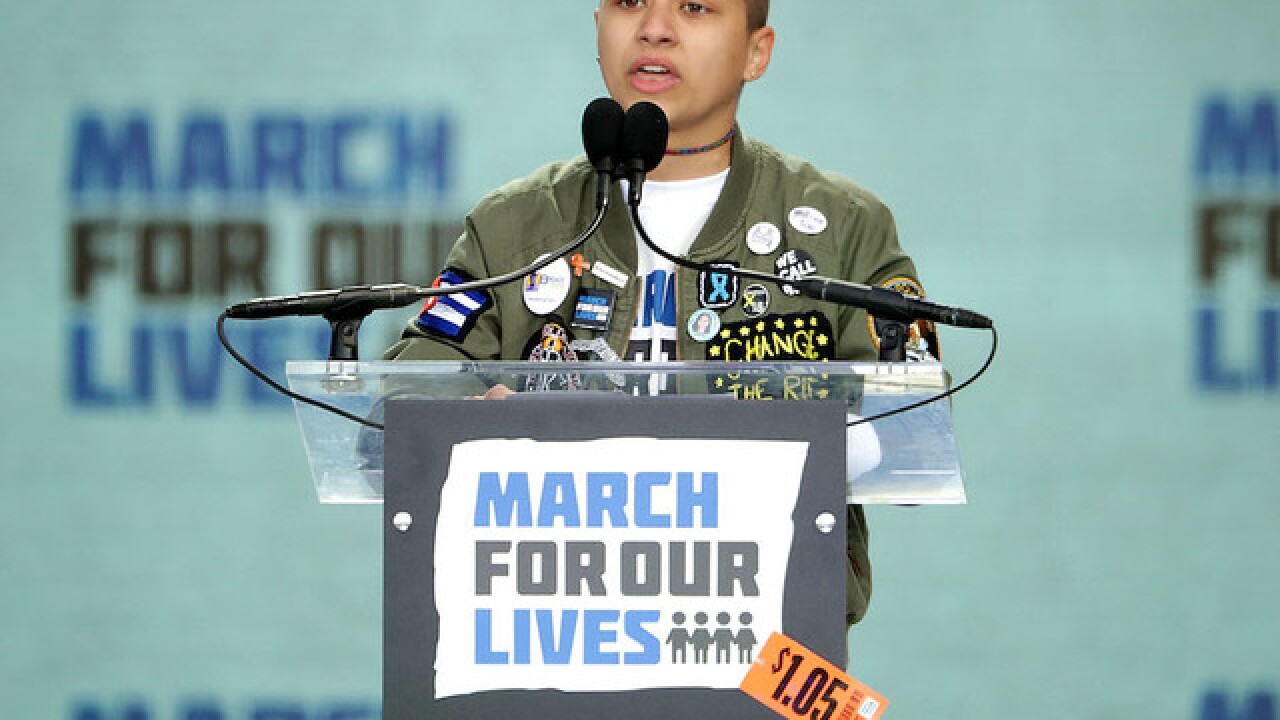 A doctored animation of Parkland shooting survivor Emma Gonzalez ripping the US Constitution in two went viral on social media after Gab, a so-called "free speech social network" that features the controversial Pepe the Frog as its account image, posted it on Twitter.

The tweet gathered 1,500 retweets and 2,900 likes and only after a few hours did Gab specify the fake animation was "obviously a parody/satire."

The original animation is from a Teen Vogue story released March 23 featuring Gonzalez and other teen activists, as Allure & Teen Vogue communications director Jaime Ellyn Marsanico confirmed to CNN. It shows Gonzalez ripping a target poster, not the Constitution.

"The fact that we even have to clarify this is proof of how democracy continues to be fractured by people who manipulate and fabricate the truth," Picardi said.

The most popular debunk was from Donald Moynihan, a professor at the University of Wisconsin at Madison, who said: "Just a sample of what NRA supporters are doing to teenagers who survived a massacre (real picture on the right)":

However, this series of debunks did not stop the fake image from going viral, crossing platforms, websites and blogs.

For example, actor Adam Baldwin, who has a verified account on Twitter, tweeted the doctored animation to his 270,000 followers. The tweet was still online at the time of writing.

Over the past few weeks, Gonzalez has become the face of the #NeverAgain movement that flooded Washington, D.C. and other American cities over the weekend for the March for Our Lives rally.

Her iconic speech in Washington, which included a prolonged moment of silence, is the latest in a series of appearances that made the 18-year-old a popular household name since a gunman killed 17 people on February 14 at Marjory Stoneman Douglas High School.

But her gun-control activism also attracted a smear campaign and personal attacks from conservative figures and far-right fringes.

The fake animation also found new life on 4chan "politically incorrect" board (abbreviated as /pol/), as part of a campaign aimed at discrediting Gonzalez.

Gonzalez was born in the United States. Her father sought refuge from Fidel Castro's regime in Cuba by moving to New York in 1968.

Other posts alluded to a doxing effort to leak pictures of Gonzalez on the platform.

But it's not only 4chan users who concentrated their attacks on the teen's Cuban origin. Conservative commentators and politicians pointed the finger to Gonzalez' olive-colored jacket that she wore during the speech on Saturday which had a Cuban flag sewn in it.

A meme with Gonzalez on stage and the Cuban flag on the forefront appeared on the verified Facebook page of Congressman Rep. Steve King (R-Iowa).

The post read: "This is how you look when you claim Cuban heritage yet don't speak Spanish and ignore the fact that your ancestors fled the island when the dictatorship turned Cuba into a prison camp, after removing all weapons from its citizens; hence their right to self defense."

Several people weighed in the comment section defending Gonzalez from the attack.

In response to Brandon J. Wolf, a survivor of the Pulse nightclub shooting who criticized the meme for "mocking a school shooting survivor for her ethnic identity," King's team said:

"Pointing out the irony of someone wearing the flag of a communist country while simultaneously calling for gun control isn't 'picking' on anyone. It's calling attention to the truth, but we understand that lefties find that offensive."

CNN has reached out to King's team for comment.

Similar memes were posted on Reddit's pro-Trump page r/The_Donald and shared on social media by other conservative figures, such as Andrew Wilkow.

Jesse Hughes, frontman of Eagles of Death Metal, also shared the photoshopped image of Gonzalez on Instagram, calling her "the Awful Face of Treason," according to the Guardian. His band was on stage during the Paris Bataclan terrorist attack in November 2015. Hughes later deleted the post.

Earlier in March, Leslie Gibson, who was running for Maine's House of Representatives, quit his race after he called Gonzalez a "skinhead lesbian."