No charges to be filed in Alton Sterling death, Louisiana attorney general says 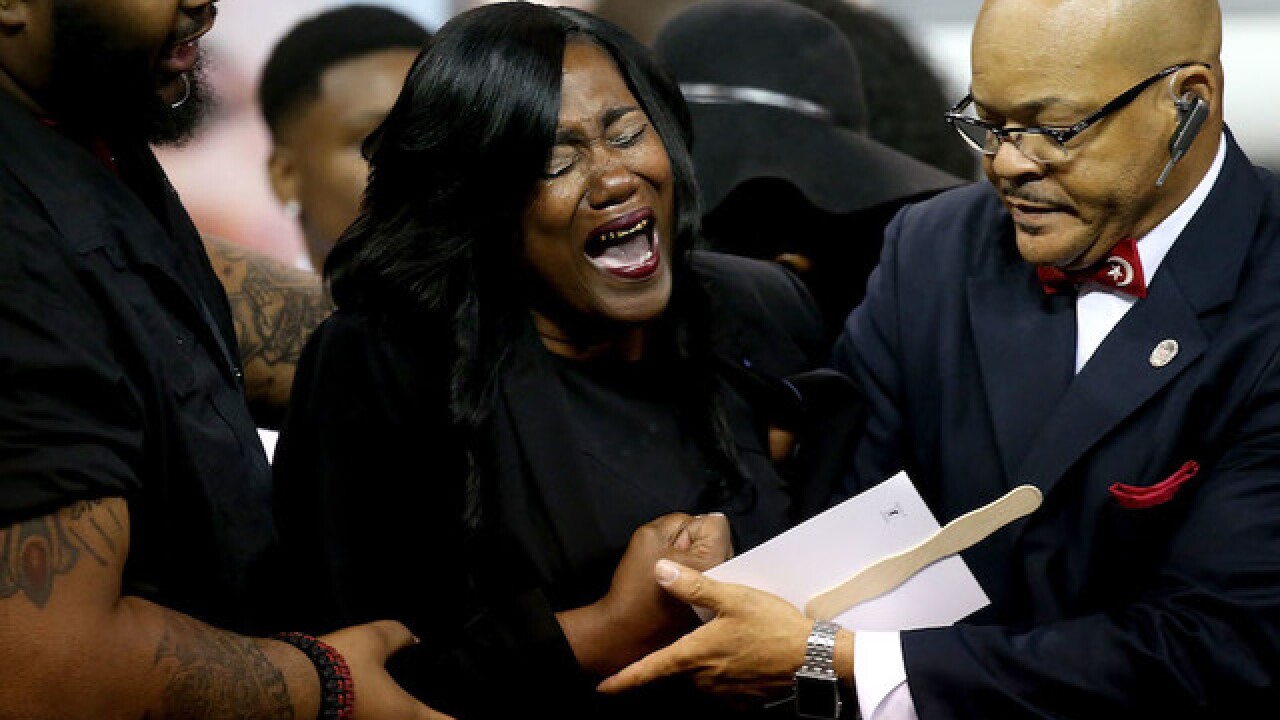 © 2017 Cable News Network, Inc.
Sean Gardner
<p>BATON ROUGE, LA - JULY 15: Sandra Sterling aunt of Alton Sterling cries during the funeral of her nephew on July 15, 2016 in Baton Rouge, Louisiana. Sterling was shot by a police officer in front of the Triple S Food Mart in Baton Rouge on July 5th, leading the Department of Justice to open a civil rights investigation. (Photo by Sean Gardner/Getty Images)</p>

No charges will be filed against two Baton Rouge police officers in the 2016 shooting death of Alton Sterling after an investigation determined the officers' actions were "well-founded and reasonable," Louisiana Attorney General Jeff Landry said Tuesday.

"This decision was not taken lightly. We came to this conclusion after countless hours of reviewing the evidence," Landry said.

Landry's announcement in Baton Rouge -- coming 10 months after federal prosecutors determined they wouldn't file civil rights charges against the officers -- was made moments after he met Tuesday morning with Sterling's relatives to tell them of his decision.

Sterling, 37, was shot and killed by one of two police officers who confronted him outside a convenience store in July 2016. Cell phone video showed Sterling, a black man, pinned to the ground by the white Baton Rouge police officers before he was shot; police said Sterling was shot because he was reaching for a gun.

The officers were responding to a call about a man with a gun. The call was from a homeless man who said that after he approached Sterling for money, Sterling showed him the weapon.

The feds determined the officers' actions were reasonable under the circumstances -- including that the two used several less-than-lethal techniques before using force; that Sterling struggled with the officers and failed to follow orders; and that video evidence couldn't prove or disprove Salamoni's assertion that Sterling was reaching for a gun.

Abdullah Muflahi, the owner of the Triple S Food Mart in Baton Rouge where Sterling was shot, also sued Baton Rouge and its police department. Muflahi accused authorities of illegally taking him into custody and confiscating his security system without a warrant.

Sterling was shot on the ground

Sterling was known as the "CD man," who sold CDs and DVDs outside the convenience store where he was shot, according to local media.

The killing gripped the nation in part because two bystander videos, each less than a minute long, captured Sterling's struggle with the two officers.

The Department of Justice said last spring that Salamoni put a gun to Stering's head when Sterling refused the officers' order to put his hands on the hood of a car. Sterling complied then but eventually he took his hands off the hood, the Justice Department said.

Lake used a Taser on Sterling, and both officers tackled him to the ground, DOJ said.

At one point, videos show, someone shouts, "He's got a gun!" In one video, an officer draws something from his waistband and points it at Sterling. As the camera turns away, more yelling ensues, followed by loud bangs.

Afterward, the camera captures Sterling with a large bloodstain on his chest as an officer on the ground next to him keeps his gun pointed at him.

As Sterling lies fatally wounded, the other officer removes something from Sterling's right pocket.