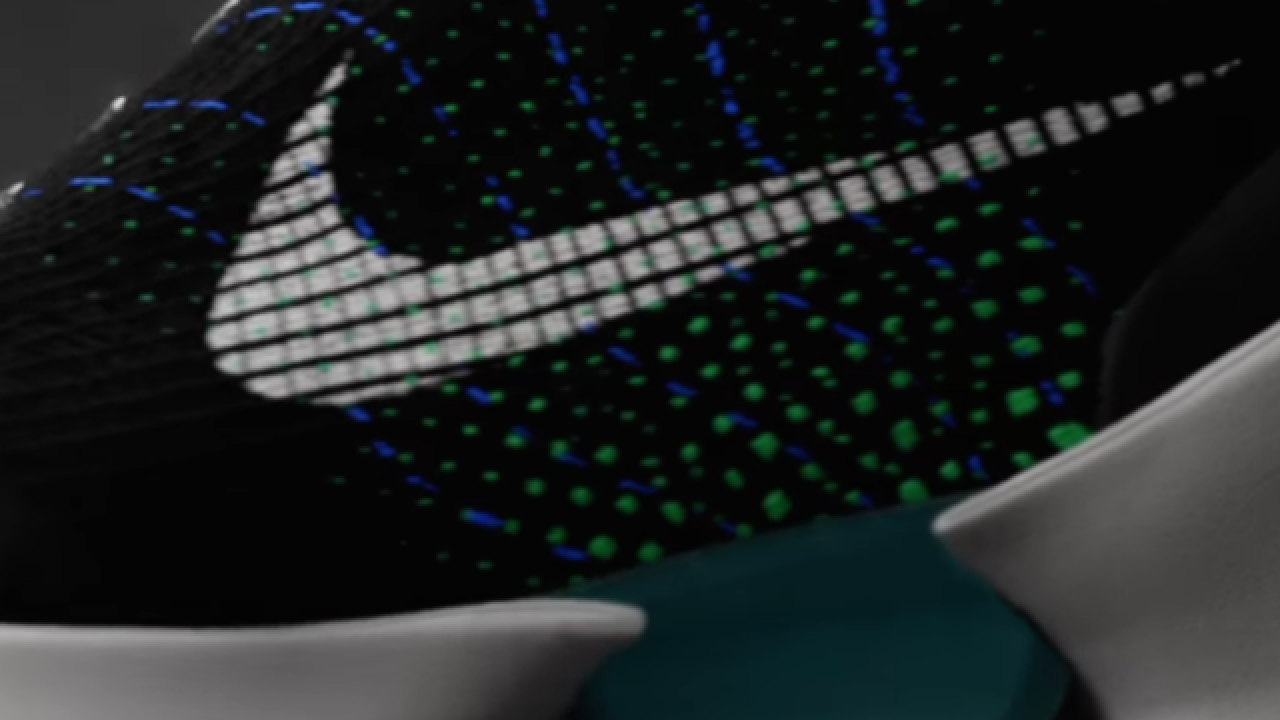 Though Nike is a bit late to fit into the Back to the Future timeline, the shoe manufacturer is set to make self-lacing shoes a reality.

On Wednesday, Nike announced the upcoming release of the HyperAdapt 1.0, the first widely available pair of sneakers with “adaptive lacing.”

.@Nike's self-lacing shoes are here—but they're not what you expect https://t.co/tHOQpQKrqg pic.twitter.com/XhwF4PLAPv

According to Nike’s press release, a wearer’s heel will hit a sensor that will automatically tighten the sneaker around the foot. The shoe also includes two buttons that will tighten and loosen the laces.

Nike first developed the technology for use in their “Air Mag” model, a shoe designed to look exactly like the pair that Marty McFly wears in Back to the Future Part II. Nike only produced 1,500 pairs of AIr Mags, which routinely sell for thousands of dollars on eBay.

The HyperAdapt 1.0 will be released in time for the Holiday shopping season, but only to users of the Nike+ app. The shoe will be available in three colors.

It’s unclear how much the new shoes will cost.