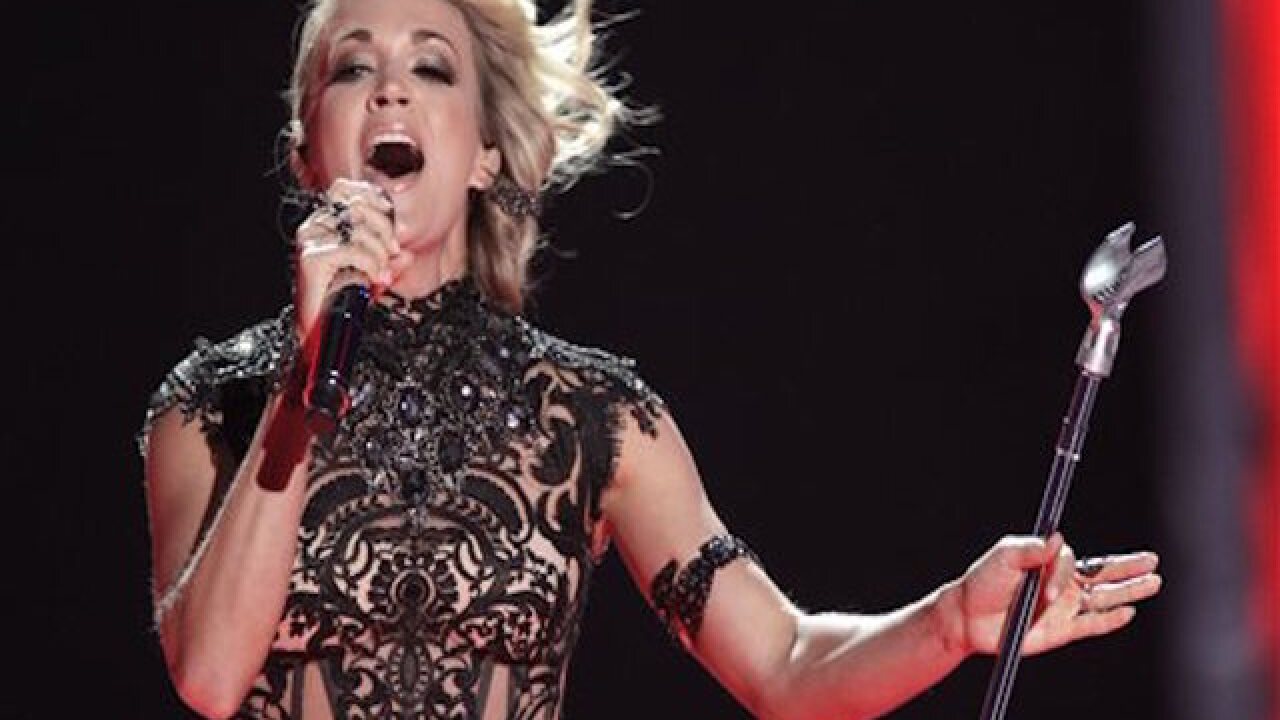 Copyright Associated Press
Wade Payne
<p>In this June 8, 2016, file photo, Carrie Underwood performs &quot;Church Bells&quot; at the CMT Music Awards in Nashville, Tenn. Underwood will be singing a new theme song, &igrave;Oh, Sunday Night,&icirc; during the first game telecast on Sept. 11 between the New England Patriots and the Arizona Cardinals. The song is based on her 2014 hit country duet &igrave;Somethin&iacute; Bad,&icirc; with Miranda Lambert, but with new lyrics and additional changes to fit the program. (Photo by Wade Payne/Invision/AP)</p>

The Grammy-winning country star will be singing a new theme song, "Oh, Sunday Night," during the first game telecast on Sept. 11 between the New England Patriots and the Arizona Cardinals. The song is based on her 2014 hit country duet "Somethin' Bad" with Miranda Lambert, but with new lyrics and additional changes to fit the program.

Joan Jett's "I Hate Myself for Loving You" had been basis for the program's theme song since 2006, with various singers such as Pink and Faith Hill.

Fred Gaudelli, NBC's executive producer of "Sunday Night Football" and "Thursday Night Football," said he knows fans of the Joan Jett song would have wanted them to keep it, but he was looking for an update as the program started its second decade on NBC.

"The song had lasted 10 years, but I didn't know how much more we could stay with the song without it feeling routine," he said.

When Underwood took over the job of singing the theme song in 2013, she said the network was always open to hearing her creative input. She started playing around with the lyrics of "Somethin' Bad" and presented a demo to Gaudelli.

"It has such a great stomp-clap, a 'We Will Rock You' kind of feel to it," said Underwood. "This is such a high energy song."

Together with the original writers, Underwood said they changed the song to start off a little quiet and build up to a peak to heighten the excitement as well as adding a bridge to fit together with a new video introduction.

Underwood said she's excited to start filming the new intro, which typically includes appearances by some of the NFL's top players, because she sometimes gets to meet the athletes.

"I feel like every time I see Andrew Luck, he's like, 'My girlfriend loves you!" Underwood said.