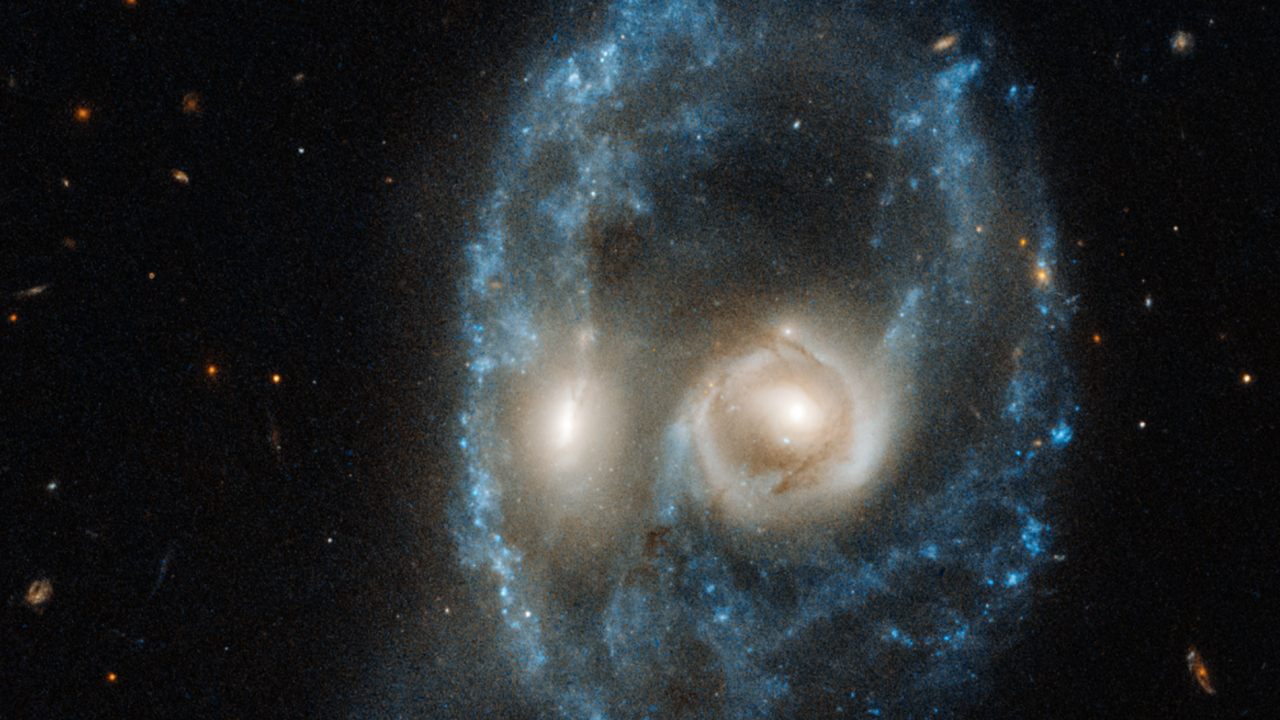 The Hubble Telescope can sure find some scary images of deep space in a video released by NASA on Monday.

The images were of the twin galaxies AM 2026-424, which is a mere 724 million light-years away from Earth. That means the light we are seeing on Earth was emitted 724 million years ago.

From Earth, the colliding galaxies appear to form the shape of a face, with two "eyes," which make up the core of the galaxies.

"Each 'eye' is the bright core of a galaxy, one of which slammed into another. The outline of the face is a ring of young blue stars. Other clumps of new stars form a nose and mouth," NASA said in a statement."

"Although galaxy collisions are common—especially back in the young universe—most of them are not head-on smashups, like the collision that likely created this Arp-Madore system," NASA added. "The violent encounter gives the system an arresting 'ring' structure for only a short amount of time, about 100 million years. The crash pulled and stretched the galaxies' disks of gas, dust, and stars outward. This action formed the ring of intense star formation that shapes the nose and face."