NASA is going on its first mission to the sun, and your name can go with the spacecraft 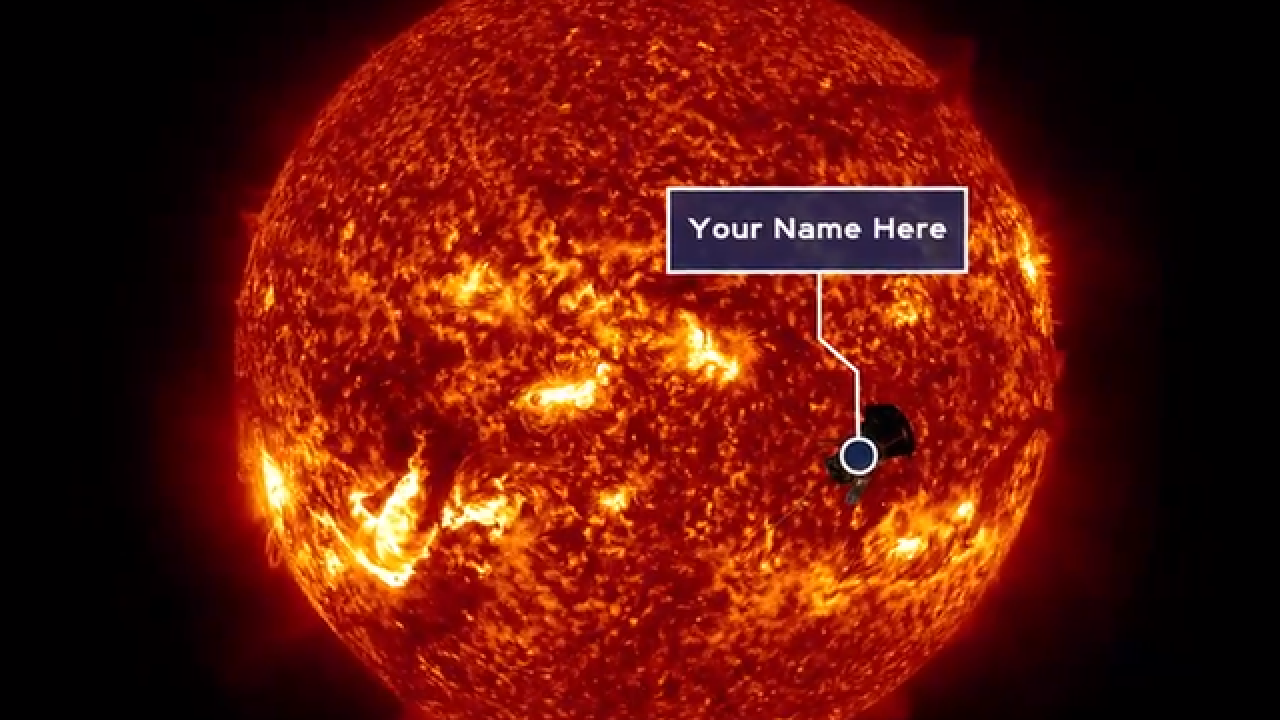 Copyright 2018 Scripps Media, Inc. All rights reserved. This material may not be published, broadcast, rewritten, or redistributed.
NASA

NASA is allowing people from around the world to submit their names online to go on a microchip aboard the spacecraft that is heading for the sun.

The Parker Solar Probe, which is launching this summer, on a historic mission to the sun. It will make at least 24 orbits around the sun over eight years.

"This probe will journey to a region humanity has never explored before," said Thomas Zurbuchen, associate administrator for the Science Mission Directorate at NASA Headquarters in Washington, D.C. "This mission will answer questions scientists have sought to uncover for more than six decades."

Want to join the coolest, hottest mission under the Sun as it flies to our star? Send your name to the Sun aboard Parker #SolarProbe!

Name submissions will be accepted until April 27, 2018. More than 550,000 people have submitted their names thus far.

"Come with us as we plunge through the Sun's atmosphere, closer to the surface than any spacecraft before it, facing brutal heat and radiation conditions-and ultimately providing humanity with the first-ever close-up view of a star," NASA said.

Click here to send your name to the sun with NASA.