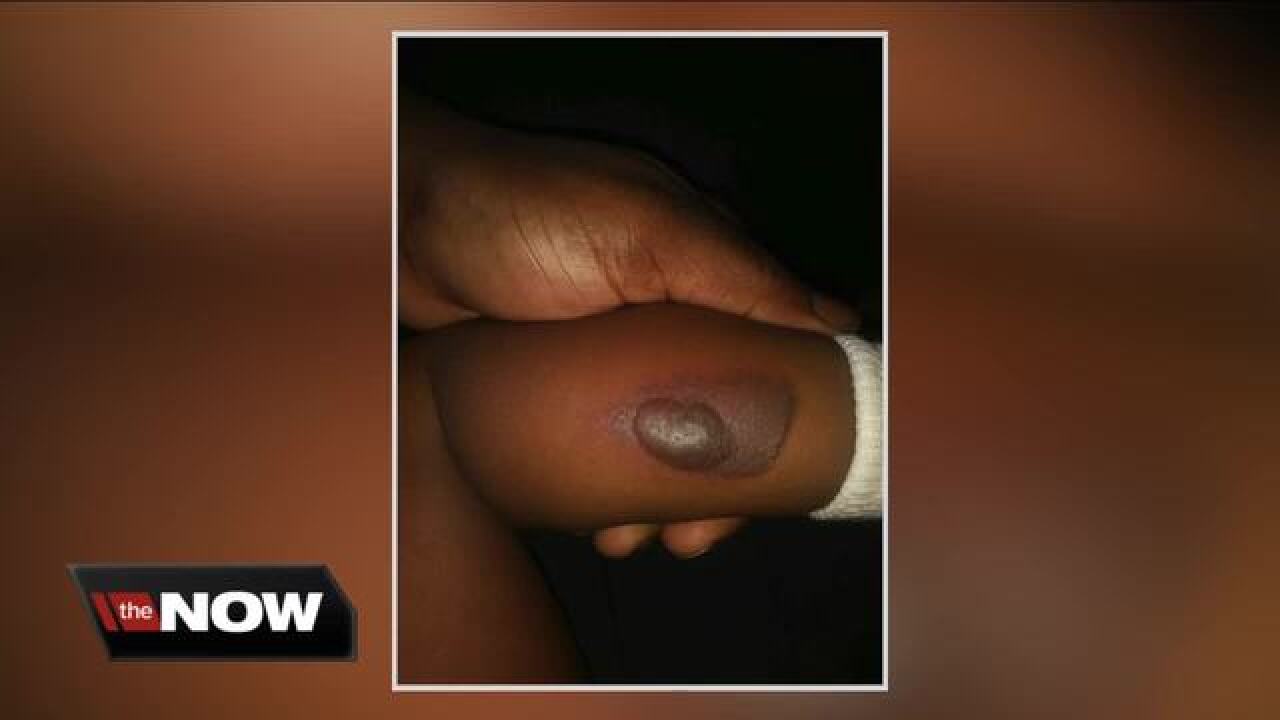 A mother of a 9-month-old baby is upset after she says her daughter received a second degree burn while she was in a daycare in Detroit on Friday.

It was a seemingly normal day for Sabrina Shellman when she picked up her kids at the center Friday afternoon. It wasn’t until she got home, she noticed a burn her daughter’s leg.

The family took the baby to the doctors, filed a police report and then contacted Scripps station WXYZ in Detroit.

When she picked up her kids, 9-month-old Jayla and 4-year-old Jayden, she said no one told her about the injury.

It wasn’t until she changed the baby that she said she noticed something was wrong.

“That’s when I noticed the burn on the back of her leg,” she said. “No one bothered to call me. No one informed me of this at all.”

Sabrina rushed Jayla to the doctors, who told her it’s a second degree burn. She immediate called the daycare.

Shellman said a manager said the injury did not happen at the daycare. The mother said she thinks they are trying to cover it up.

Sabrina asked her son if he saw what happened, he says one of the caregivers did it.

“Spilled oatmeal on her leg, that’s what he told me,” she said.

The daycare manager didn’t want to talk on-camera, but said they don’t know how the baby got burned and claims it didn’t happen at the daycare.

“Mistakes happen but the fact that you all tried to cover it up and didn’t bother to call me that says a lot about them,” she said.

The most recent report from the state shows the daycare has no violations. WXYZ has requested more information to see if there have been any violations in the past.

Shellman has pulled her children from the daycare.

She said she is consulting with an attorney because she said someone needs to be held accountable for her daughter’s injury.