More than 8,000 acres burned by wildfires in Northern California 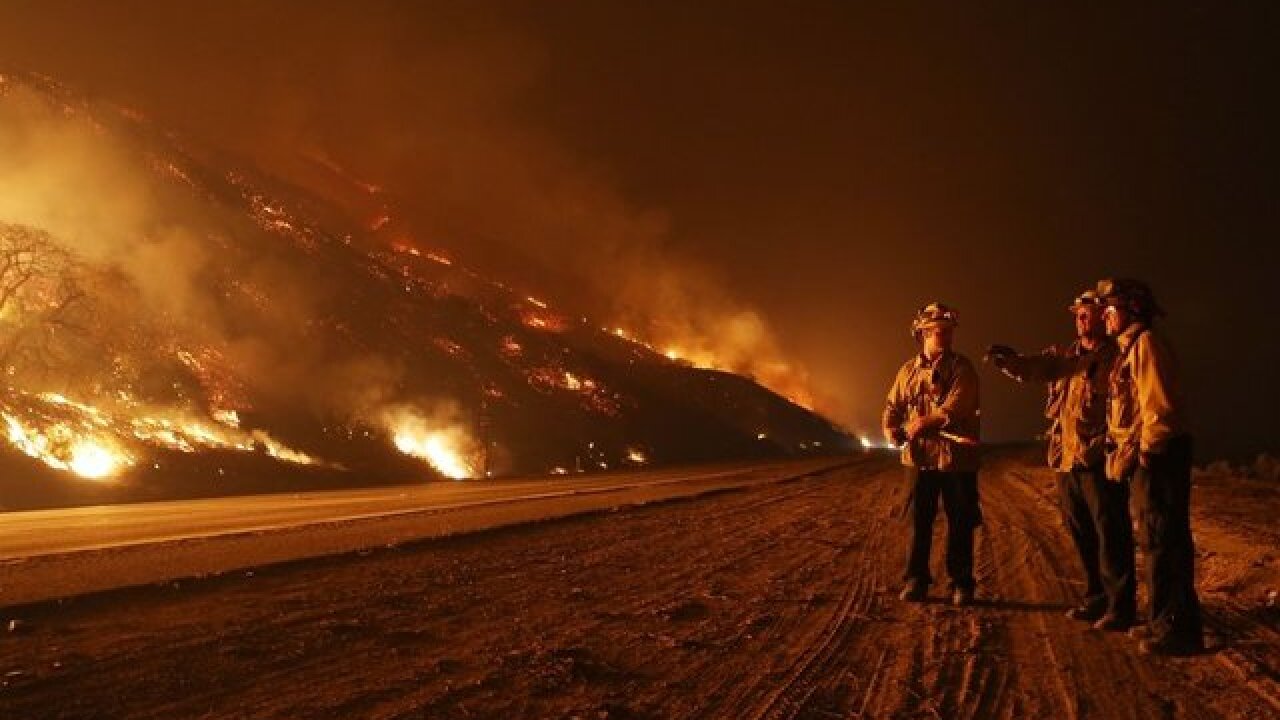 The governor of California has declared a state of emergency in parts of Northern California due to raging wildfires that have burned 8,200 acres so far.

No casualties have been reported, but 22 buildings have been destroyed, with 600 more at risk. More than 200 personnel have been monitoring the fires from agencies such as the Lake County Sheriff's Office, the US Forest Service and the California Conservation Corps.

Lake County is about 100 miles northwest of Sacramento.

Evacuation centers opened that same day, but the sheriff's office did not issue a formal mandatory evacuation until Sunday afternoon.

As of Monday morning, the main fire, named the Pawnee Fire, had a containment percentage of zero. Containment refers to the progress made in surrounding the fire with equipment such as hose lines.

"The focus was really on life and property ... with the weather cooperating today, we are hopeful that we'll start to see the percentage of containment start to go up," Santa Rosa Fire Department Assistant Fire Marshal Paul Lowenthal told CNN affiliate KRON.

Last year, wildfires ravaged more than 245,000 acres in Santa Rosa, which is about an hour and a half from Lake County. The fires destroyed nearly 7,000 structures and killed 42 people, making it one of the worst wildfires in California history.

The National Weather Service predicts fairly light winds in coming days, with temperatures in the high 70s and low 80s.