Mom, baby locked out of McDonald's during tornado warning 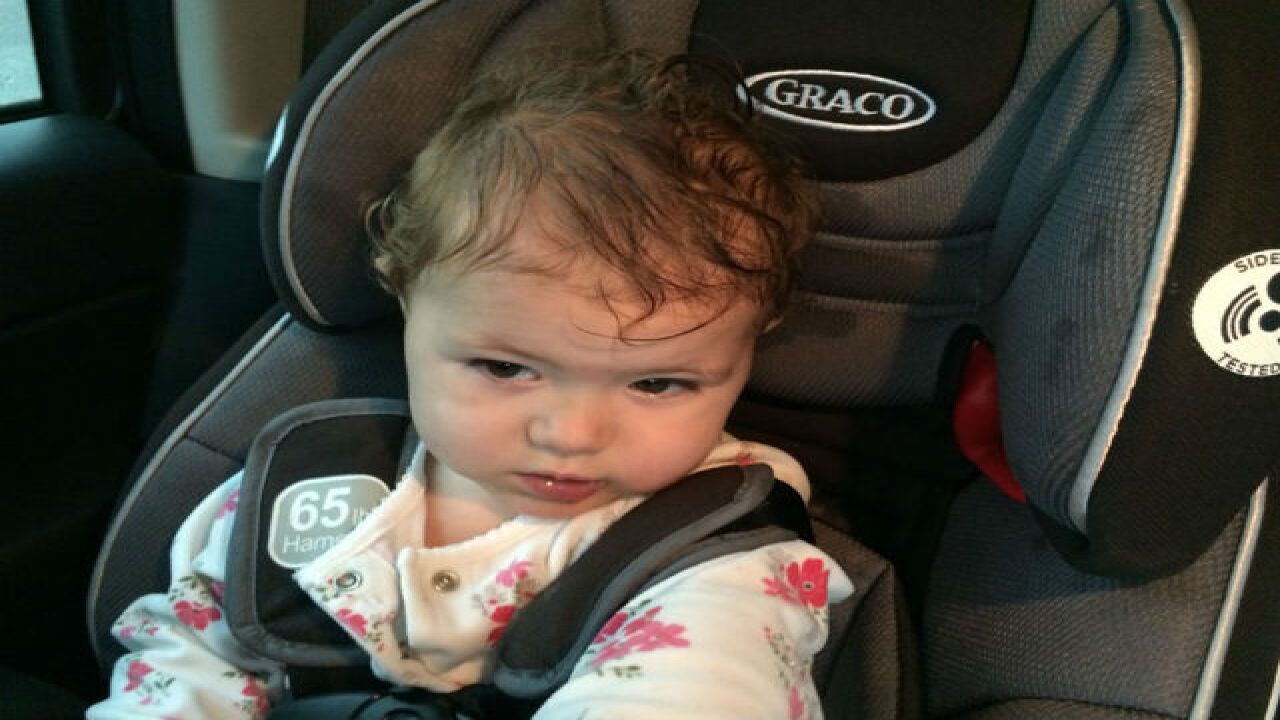 HANCOCK COUNTY, Ind. -- A pregnant mother is demanding answers after she and her baby were locked out of a McDonald’s during a tornado warning

Jené Winchester was driving on I-70 in Hancock County, Indiana on Friday morning on her way to drop off her 18-month old daughter Olivia at her grandmother's.

At approximately 9 a.m., Winchester received a tornado warning alert on her cellphone, telling her to seek shelter immediately.

The Indiana Department of Homeland Security says during a tornado, you should “get out of your vehicle and go into a strong building if possible.”

Winchester and her mother, Rachel Southerland, parked at the McDonald’s at the Mt. Comfort Road Exit, grabbed Olivia and went to the restaurant’s door.

“It was locked, and we were banging on the doors,” said Winchester. “No one would come and let us in, so we ended up having to leave.”

Winchester said she could see employees inside, but because it was raining so hard, she isn’t sure if they saw her.

“I thought, that’s just a joke or whatever,” said Southerland. “I tried it again, and even knocked but nobody came to the door.”

The family contacted Call 6 Investigates asking for answers, including what the company’s protocol is during severe weather.

Many drivers use fast-food restaurants, gas stations and other stores as shelter during tornadoes and other severe weather.

“Is it company policy to lock your doors and not let anyone else in?” Winchester asked. “Where are you supposed to go? What are you supposed to do when you’re 45 miles away from your home, and you’re told there’s a tornado, and no business will let you in?”

McDonald’s would not provide security footage of the incident, nor would it supply their policy to Call 6 Investigates.

However, a company spokesperson said the claim was thoroughly investigated.

“That morning our staff was expeditiously escorting customers and crew inside the restaurant to a safe place and did not see anyone outside seeking shelter,” said Eric Moore, McDonald’s Owner/Operator. “We apologize they went unnoticed and we will continue to review our procedures with our staff for these types of situations.

Winchester drove away from the storm with her mother and baby to a Home Depot parking lot and waited for the storm to pass.

“I was aggravated, realizing that it could have been much more serious,” said Southerland. “The tornado could have hit while we were there. I would have rather been inside and taken cover, like we were supposed to do.”

Some stores do lock their doors during tornadoes to protect customers and workers from wind and flying debris.

Call 6 Investigates found policies vary depending on the restaurant, gas station or store.

“As far as protocol, it's essentially a business-by-business basis,” said Sarah Stegmeyer, a spokesperson for the Indiana Restaurant and Lodging Association. “As an association, we don't really know of any specific practices. “

Thankfully, no tornadoes touched down in that area Friday morning.

Winchester and her mother want others to know that seeking shelter from the storm isn’t always so easy.

If you find yourself in a situation like Winchester, here’s what the Indiana Department of Homeland Security says you should do: