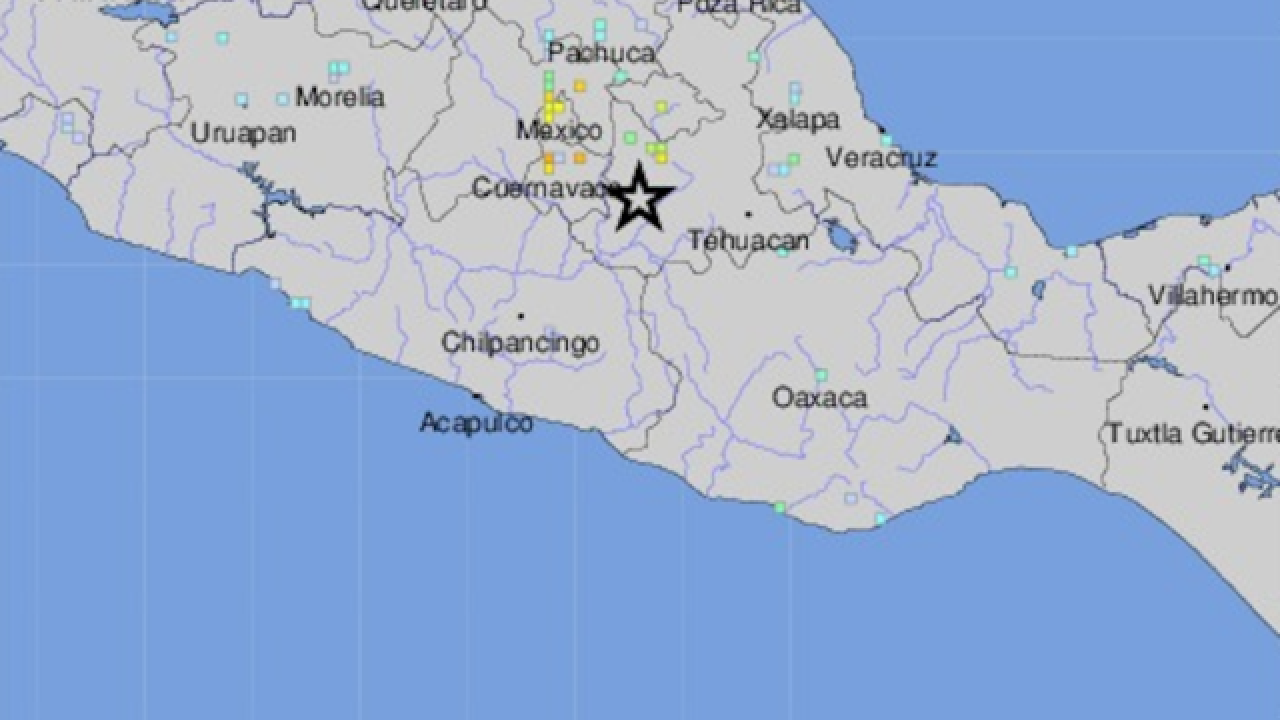 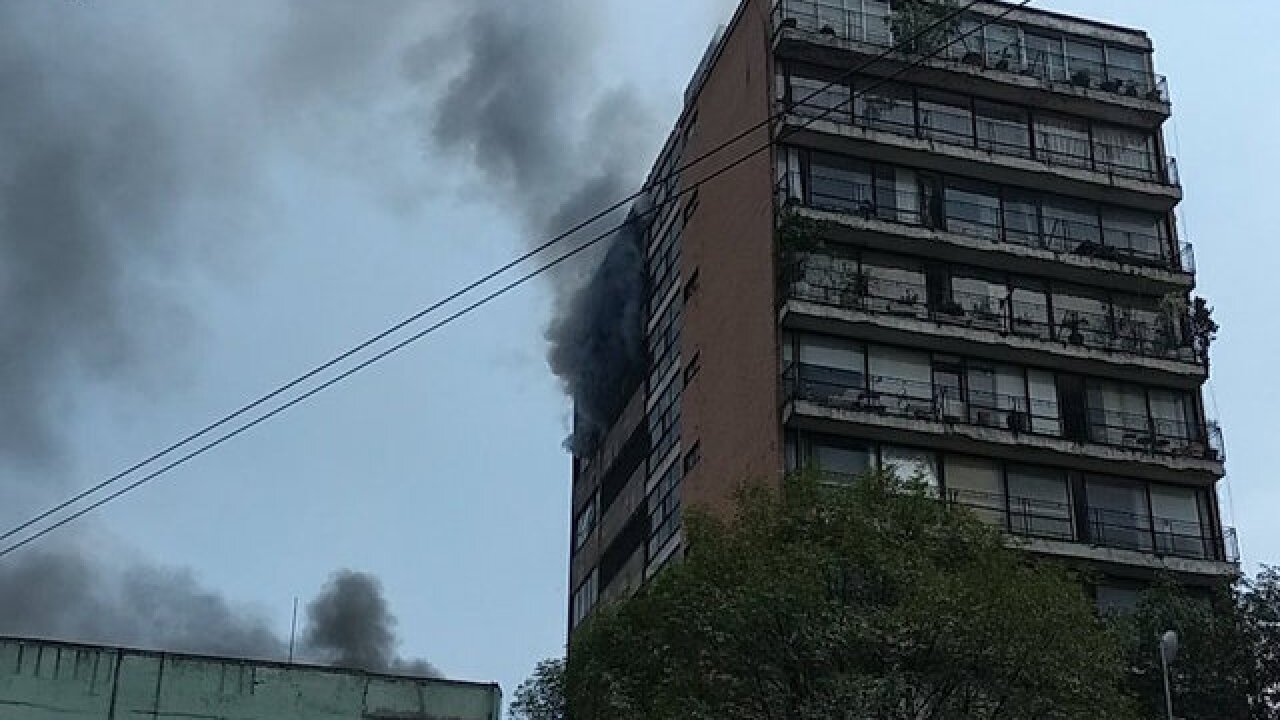 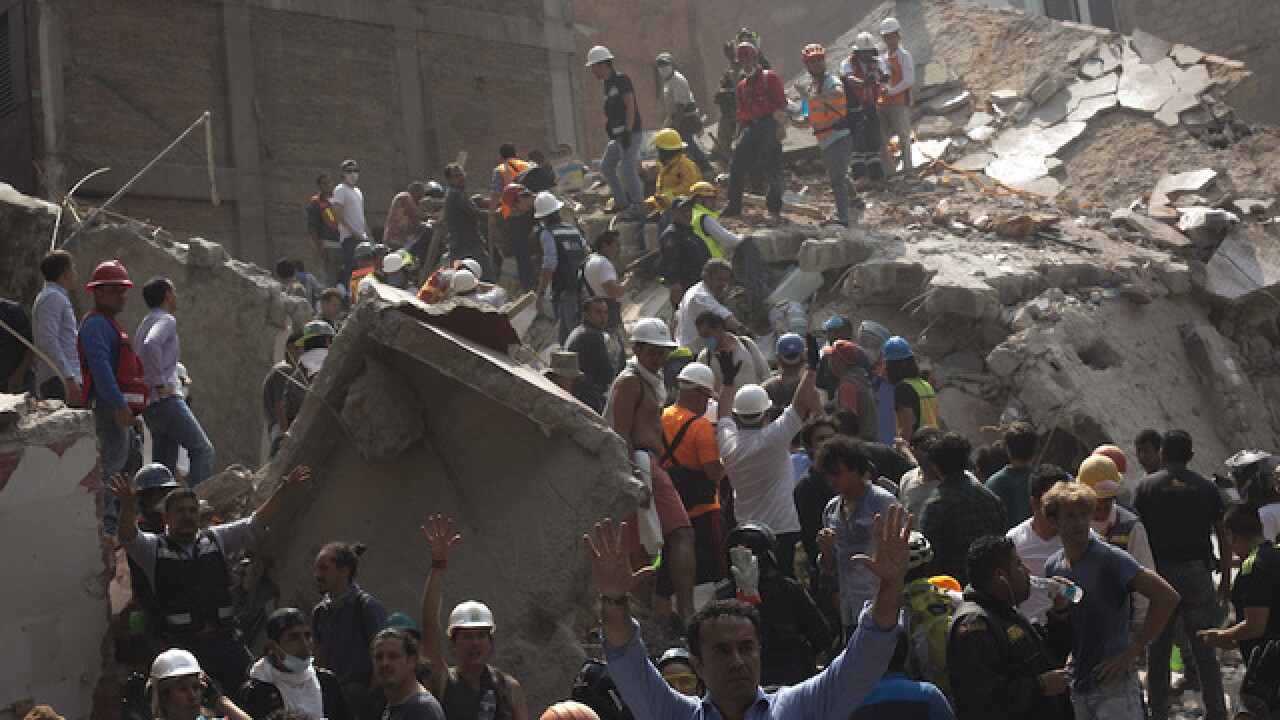 At least 226 people have died following a 7.1-magnitude earthquake that hit Mexico Tuesday, according to a tweet from Luis Felipe Puente, National Coordinator of Civil Protection of the Ministry of the Interior. Of those killed, more than half were in the country's capital, according to Puente.

The epicenter of the earthquake was 2.8 miles east-northeast of San Juan Raboso and 34.1 miles south-southwest of the city of Puebla, in Puebla state, according to the US Geological Survey.

President Enrique Peña Nieto said 22 bodies were found in the debris of an elementary school in Mexico City that collapsed due to the earthquake. At least 30 children were still missing Tuesday night, he said.

"We are facing a new national emergency," Peña Nieto told citizens earlier on his first address following the earthquake.

Thousands of soldiers, rescuers and civilians, including college students, were working side by side to dig through tall piles of rubble after dozens of buildings crumbled earlier on Tuesday.

Some carried away buckets full of debris while others called out the names of those who have been rescued. At moments, rescuers asked for total silence as they tried to hear voices coming from under the debris.

The quake left the busiest city in Mexico in chaos. Windows buckled and shattered, falling several stories to the ground while thousands of people streamed into the streets running away from buildings and potential gas leaks.

People struggled to get home when power poles that toppled in the quake blocked the streets and the public transportation system temporarily shut down operations. Nearly 5 million customers were still without power early Wednesday.

All public and private schools in Mexico City and some of the states affected by the earthquake will remain closed until further notice, Education Minister Aurelio Nuño tweeted.

Tuesday's earthquake took place on the anniversary of a devastating earthquake that killed thousands in Mexico City in 1985. Just hours before the quake hit, many people took part in drills and commemorative events.

"God bless the people of Mexico City. We are with you and will be there for you," US President Donald Trump tweeted.

Adrian Wilson, a photographer from New York City who was visiting his fiancee, was eating in the capital when the earthquake struck.

"The floor gently rocked as if a big truck went by," Wilson said. "It then amplified in waves and the whole room started shaking. The building is from the 1930s and just survived a big earthquake, so I knew I would be OK."

Wilson told CNN: "The doors were flapping open, the windows, everything."

He took a quick video to show his children, he said.

"It's almost a roller coaster ride, where you think, wow, this is kind of cool. But then all of a sudden, you're like this isn't cool at all," he said.

He looked outside and saw helicopters, and burning and collapsed buildings. "Then you realize ... this is no joy ride for anybody."

Ricardo Ramos, a TV producer from Los Angeles, was scouting a location in a Mexico City cafe when the quake hit. He ran out into the street.

"Thank you, God, for keeping us safe once again. We got to experience another terrible #earthquake, this time during a location scout," he wrote on Instagram.

Luis Ramos, who owns an airline business management company, said he was in a meeting near Mexico's main airport when the ground started to shake.

"We evacuated and when we got outside the roads were moving up and down and trees were falling," he told CNN. "It was nerve-wracking. "

Ramos said he got into a car with his driver and went to check on his 99-year-old grandfather, Pedro Cabrero, who lives in a high rise.

"On the elevated roadway, I could see smoke and hear explosions," he said. "I saw a lot of damaged buildings where the exteriors had fallen. I saw some collapsed buildings."

Ramos said his grandfather was safe. After the earthquake, the two drove around the capital trying to find a place to eat. "He tells me he's ready for a tequila," he said of his grandfather.

The September 19, 1985, earthquake registered at magnitude-8.0 and killed an estimated 9,500 people in and around Mexico City. That quake left a huge scar on the city, resulting in changes in building codes and greater protections against earthquakes, such as the drills that took place hours earlier.

Dorothy Munoz told CNN that she was watching a TV special on the 1985 earthquake when the earth shook for real.

"A fish tank fell to the floor," the Mexico City resident said. "Decorations around the apartment fell and broke. Furniture fell over."

Munoz grabbed her dogs and raced to the street, where people were told not to return to their apartments until buildings were checked for structural damage and gas leaks.

Tuesday's earthquake came more than one week after a magnitude-8.1 earthquake struck off the southern coast of the country, killing at least 90, according to the governor of the hard-hit state of Oaxaca.

"This is one of those moments where we all need to come together," Ramos said.