Kwin Boes was punched in the face after he left the courtroom for sentencing Wednesday in the death of his 3-month-old son. 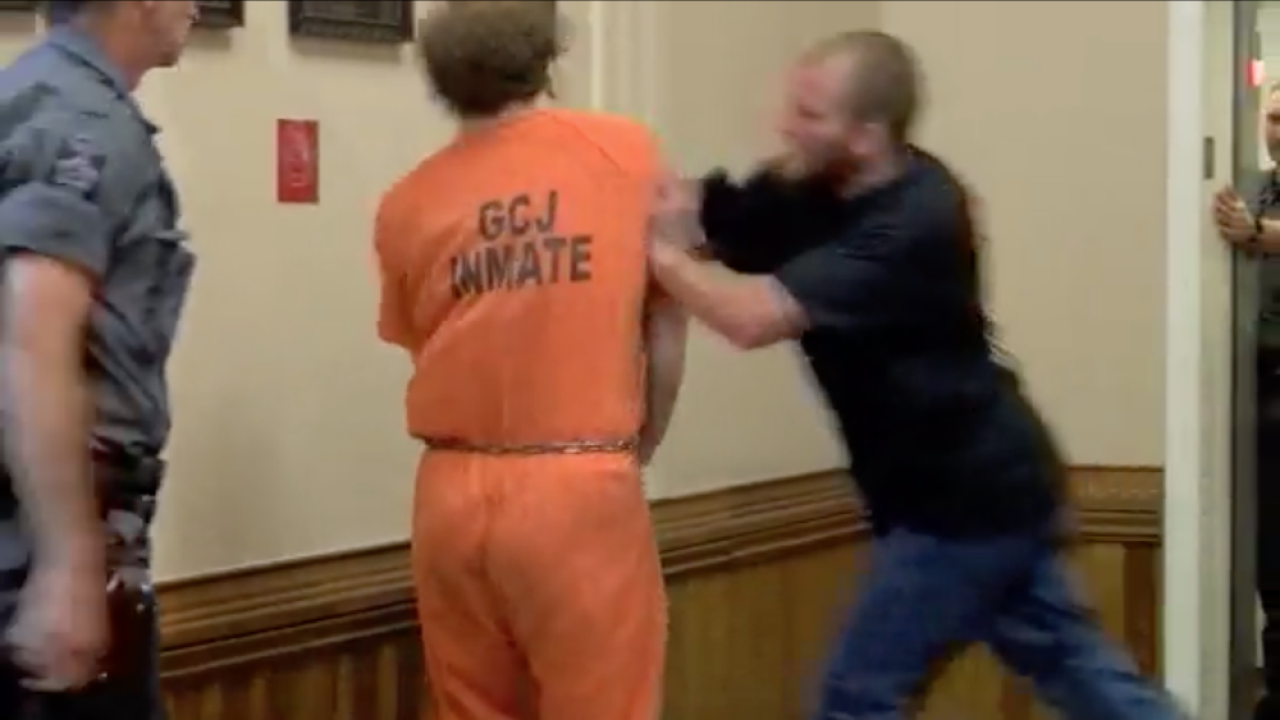 PRINCETON, Ind. — A man convicted of killing his 3-month-old son was punched in the face as he left the courtroom following his sentencing on Wednesday.

The incident took place at the Gibson County Courthouse, located about 30 miles north of Evansville, Indiana.

A judge had just sentenced Kwin Boes to 25 years in prison when a man stepped in front of bailiffs and struck Boes in the face. The two were quickly separated.

The Associated Press identified the attacker as Jeremiah "Matt" Hartley. WFIE-TV in Evansville identified Hartley as the uncle of Boes' deceased son.

Hartley was handcuffed at the scene and faces a battery charge.

Boes pleaded guilty to domestic batter connection with his 3-month-old son's death last month, according to WFIE. The Associated Press reported he was ordered to pay for his son's funeral expenses in addition to his prison sentence.