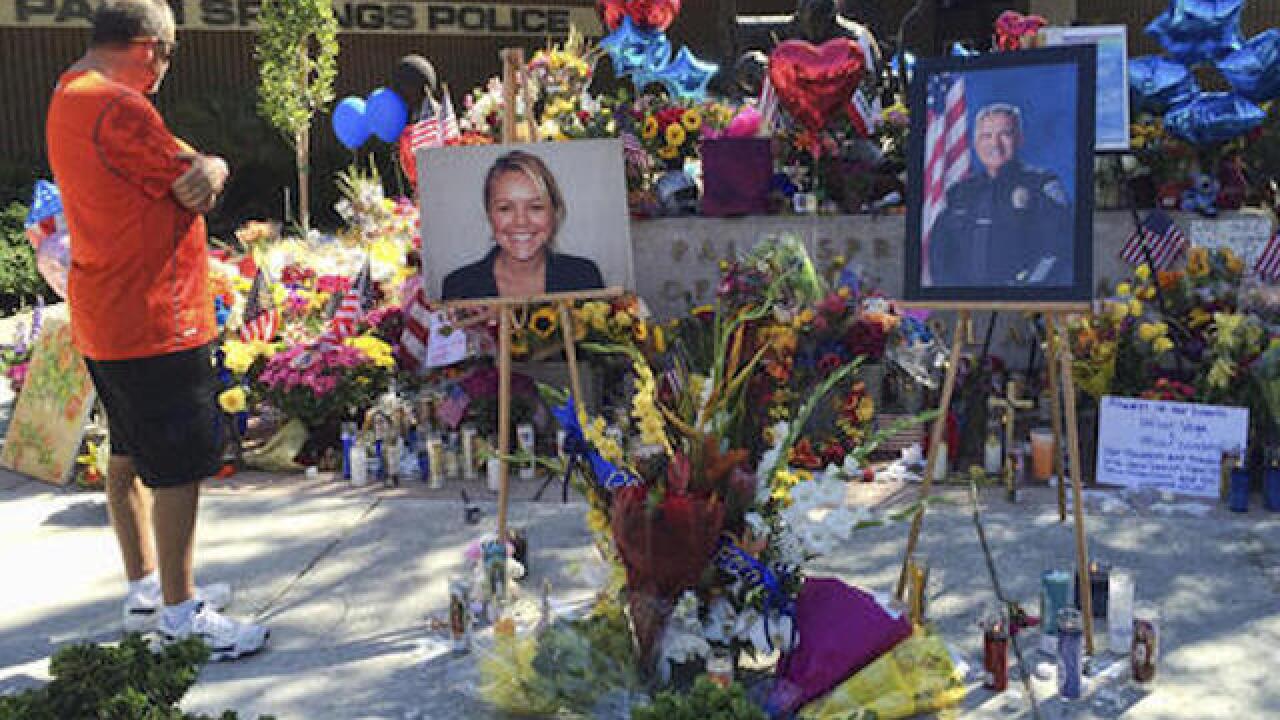 PALM SPRINGS, Calif. (AP) — California prosecutors charged a man with first-degree murder and other crimes Wednesday in the ambush shootings of two Palm Springs police officers, saying he deliberately attacked them for no reason.

John Hernandez Felix, 26, was charged with multiple felonies, Riverside County District Attorney Michael Hestrin announced. Attached to the murder charges are special-circumstance allegations of murder of a police officer in the line of duty, multiple murder and lying wait. He also will face three counts of attempted murder.

The prosecutor said Felix would be assigned an attorney to speak on his behalf this week.

Officers Jose "Gil" Gilbert Vega and Lesley Zerebny were responding to a domestic disturbance call at the home of Felix's family on Saturday when Felix shot and killed them with an AR-15 rifle, authorities said.

Felix was prohibited from legally possessing firearms because of a prior felony conviction, the Riverside County Sheriff's Department said. He served 18 months of a four-year sentence for assault with a gun in connection with a 2009 gang shooting and was paroled in 2011, according to state records.

A relative told police arriving at the home of Felix's family that Felix had some sort of weapon. Officers spoke with him through a metal screen door before he opened fire without warning, the sheriff's department said.

Felix was arrested after a gunbattle and standoff with police.

Vega and Zerebny, like all California peace officers, were trained in handling domestic violence calls and wore ballistic vests as required when in uniform and on duty, sheriff's Deputy Mike Vasquez said.

Experts say that no matter how much training and experience officers receive, they often have little idea what awaits them when they approach the scene of a domestic disturbance.

Vega, 63, was a 35-year veteran of the force and was preparing to retire soon. Zerenby, 27, had been with the department about 18 months and left behind a 4-month-old daughter with her husband, a sheriff's deputy.

Memorial services for Vega and Zerebny will be held Oct. 18.