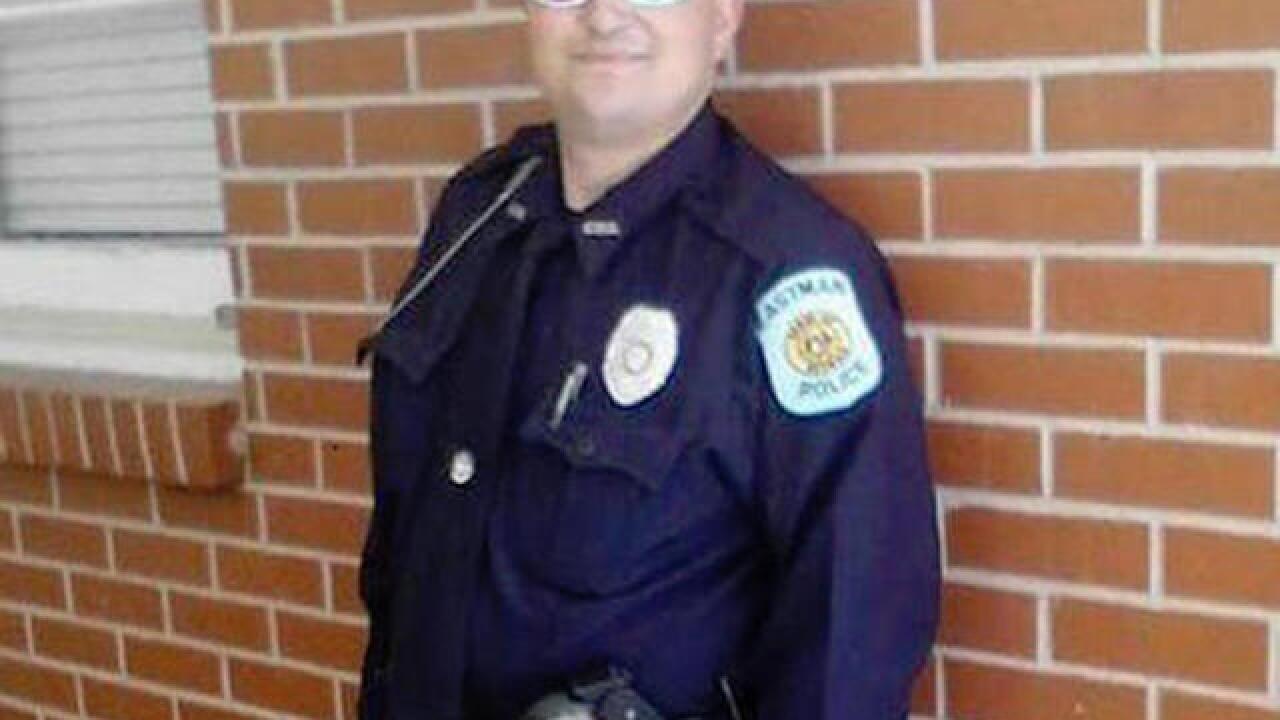 Copyright Associated Press
<p>This undated photo provided by the Georgia Bureau of Investigation shows Eastman, Ga. Patrol Officer Tim Smith. Smith was fatally shot about 9:30 p.m. Saturday, Aug. 13, 2016, in a residential area of the city located about 60 miles southeast of Macon, Ga. Authorities said an unidentified suspect is being sought and an investigation is ongoing. (Courtesy of the Georgia Bureau of Investigation via AP)</p>

ATLANTA (AP) — A police officer in a small, central Georgia city has been shot and killed by a suspect who remains on the loose, authorities said Sunday.

Smith, 30, was responding to a suspicious person call when he encountered Royheem Delshawn Deeds, exited his patrol car and was shot, Dutton said.

Dutton said Deeds, 24, then fled the scene. He is being sought by police.

The Georgia Bureau of Investigations said in a news release Sunday that it is offering a $10,000 reward for information leading to Deeds' whereabouts.

Smith was not wearing a body camera.

Smith had been with the Eastman Police Department since 2011. He is survived by three children.

Smith's death came just hours before two 15-year-old suspects were arrested after exchanging gunfire with officers in the suburban Atlanta city of Marietta.

Officer Scott Davis was shot in the leg early Sunday, Marietta police spokeswoman Kelah Wallace said. Davis, a 10-year veteran, was taken to the hospital with non-life threatening injuries and is recovering after surgery.

The shooting occurred outside the Gallery Apartments when three officers responded to a call about people breaking into cars, Wallace said.

The officers approached two suspects who were inside a vehicle, Wallace said. One of the suspects from the vehicle started shooting at the officers, striking one of them.

Three officers returned fire, hitting one of the suspects. Both suspects were eventually arrested, Wallace said. The wounded suspect was taken to the hospital with injuries that were not life-threatening.

Davis and the two other officers will be placed on administrative leave as per policy standards.

This story has been corrected to reflect that Tim Smith was 30 years old, not 31, according to the GBI.