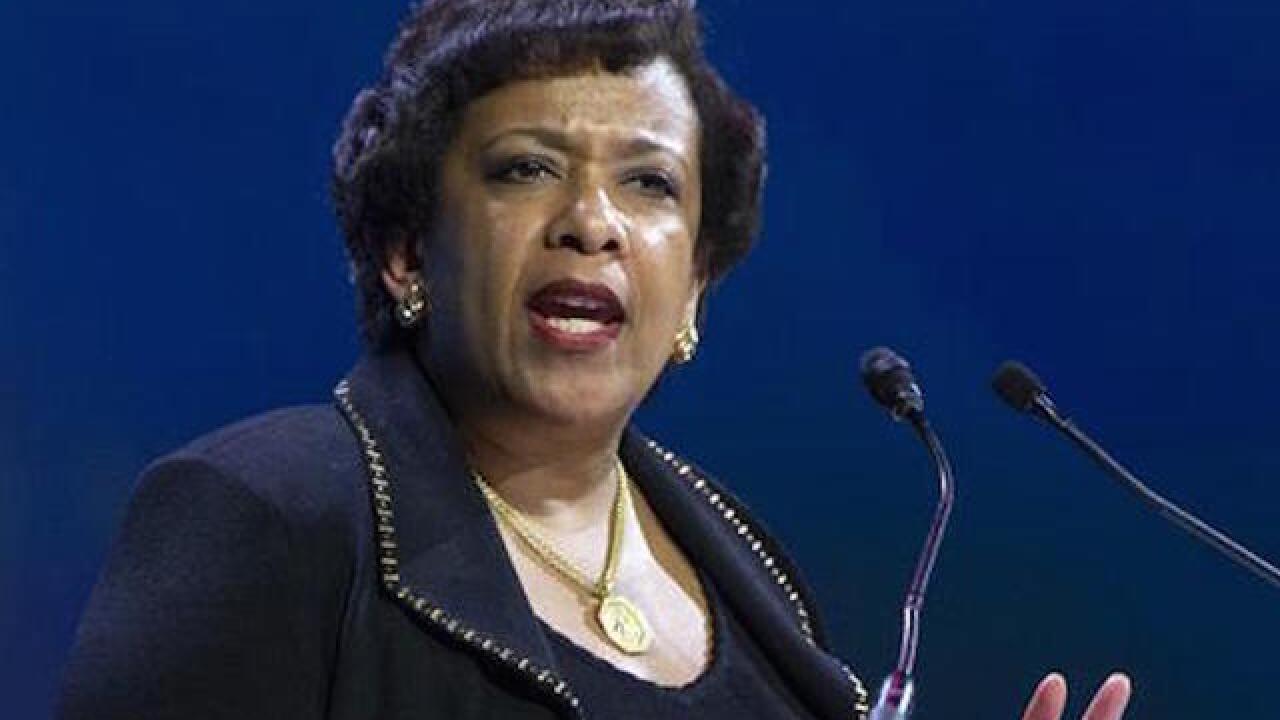 WASHINGTON (AP) — An impromptu meeting between Bill Clinton and the nation's top cop could further undermine Hillary Clinton's efforts to convince voters to place their trust in her, highlighting perhaps her biggest vulnerability.

Attorney General Loretta Lynch expressed regret on Friday that she met with the former president earlier in the week at the Phoenix airport while the Justice Department's investigation into Hillary Clinton's email practices nears a conclusion. Lynch acknowledged that it "cast a shadow" on the public's perception of the case.

"I certainly wouldn't do it again," Lynch said of the meeting with the former president, who nominated her to serve as U.S. attorney for the Eastern District of New York in 1999.

She added that she would follow the recommendations of career prosecutors on whether to file criminal charges at the close of the investigation, indicating that she would accept whatever decision was presented to her.

The attorney general's remarks at a Colorado conference were aimed at tamping down concerns that the investigation could be politically tainted or that Lynch, an Obama administration appointee, might overrule the findings of agents and prosecutors. They have spent months looking into the possible mishandling of classified information on the private email server Clinton used when she was secretary of state.

For Clinton, about four weeks shy of becoming the Democratic presidential nominee, the episode raises the risk that voters will see her again as part of an enduring power couple that doesn't play by the normal set of rules.

The former first lady and New York senator has argued that she is more trustworthy than Donald Trump on handling the issues that matter to most Americans: foreign policy, national security and running the economy. But the email investigation has continued to hang over her campaign and the meeting plays into Trump's argument that she showed poor judgment and will receive leniency from a Democratic administration.

"Oh, just a coincidence. He just happened to be at the airport at this time," Trump said with a dose of sarcasm while campaigning Friday in Colorado.

While Democrats privately expressed angst about the meeting, others suggested it was more indicative of a gregarious former president.

John Morgan, a top Democratic fundraiser in Florida, said if the ex-president is at an airport and knows an acquaintance is close by, he's likely to stop by for a quick hello.

"It doesn't matter if it's Loretta Lynch or Loretta Lynn. He's coming over if he knows you," Morgan said.

Congressional Republicans seized on the meeting between the former president and the attorney general.

Rep. Steve Scalise of Louisiana, the third-ranking House Republican, said Lynch should recuse herself entirely from the case and appoint a special prosecutor. Lynch had said she would still be briefed on the investigation and review the results, but let the career officials make the call on whether a prosecution should go ahead.

"The notion that the prosecutor, the person who runs the Justice Department, would spend 30 minutes in a private conversation with the spouse of someone her department is investigating raises all sorts of red flags and even Democrats have admitted it," GOP Sen. Marco Rubio of Florida told Miami 610 WIOD Radio.

Lynch says the meeting was unplanned and happened while the former president was waiting to depart on another plane. She said he walked over and boarded her plane after she landed.

She said Clinton talked about his grandchildren and they discussed former Attorney General Janet Reno, whom they both know.

"We basically said hello, and I congratulated him on his grandchildren as people tend to do," she said Friday. "It really was a social meeting," she added. "He spoke to me, he spoke to my husband."

The outcome of the investigation is likely to shape the presidential campaign, whether to Clinton's benefit if she is cleared or to Trump's advantage if she or anyone close to her winds up being prosecuted.

It comes as Clinton is entering a new phase of her campaign, considering a potential vice president choice and holding her first public events with Obama on Tuesday in Charlotte, North Carolina, and with Vice President Joe Biden in Scranton, Pennsylvania, on Friday.

Clinton has been hammering Trump's business record and expects to make a high-profile case against the Republican mogul in Atlantic City, New Jersey, on Wednesday. Democrats hope that the Phoenix incident is quickly forgotten.

"It's not worrisome," said former Vermont Gov. Howard Dean, a Clinton supporter. "It's a kerfuffle that will go away in another day as soon as Trump says something outrageous."