Louisiana Governor declares state of emergency ahead of possible hurricane 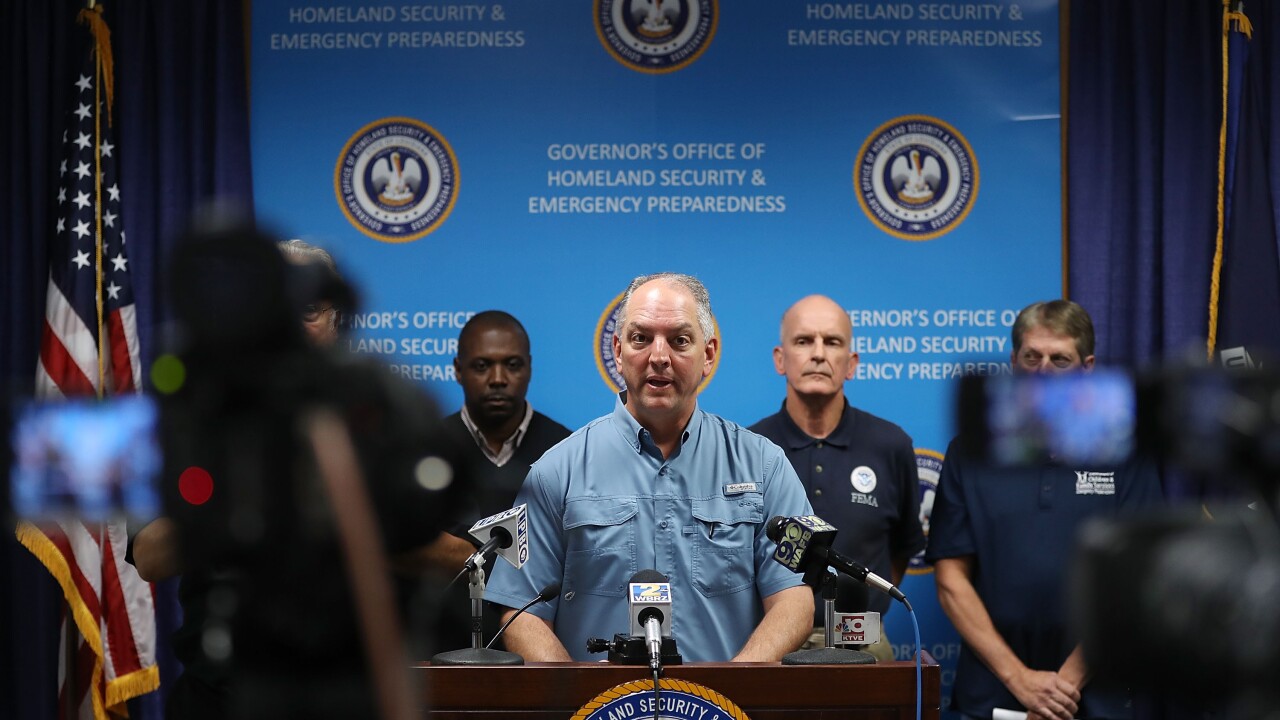 NEW ORLEANS (AP) — A storm swamped streets in New Orleans and prompted a tornado warning near the city Wednesday as concerns grew that even worse weather, including a possible hurricane, could strike Louisiana and other states along the Gulf of Mexico within days.

The storm was associated with a broad area of disturbed weather in the Gulf that forecasters said could strengthen into a hurricane by the weekend. The system was expected to become a tropical depression by Thursday morning, a tropical storm by Thursday night and a hurricane on Friday, according to the National Hurricane Center.

Louisiana Gov. John Bel Edwards warned that there could be "a considerable amount of overtopping" of levees in Plaquemines Parish, which is southeast of New Orleans and includes many of the city's suburbs.

Gov. Edwards issued a state of emergency earlier in the afternoon ahead of the possible hurricane.

I have issued a state of emergency today in preparation for the impact of the low-pressure system in the Gulf of Mexico. The system will likely produce storm surge, hurricane-force winds & up to 15 inches of rain across the state. #lagov #lalege #lawx

But the risks extended beyond New Orleans, the governor said. National Guard troops and high-water vehicles will be positioned all over the state, he said.

"The entire coast of Louisiana is at play in this storm, and we're talking about as much as 10 to 15 inches (25 to 38 centimeters) of rain over a 24-hour period that will start Friday. So that is a short time period for such intense rain," Bel Edwards said.

The governor planned to declare a statewide emergency later Wednesday.

In New Orleans, garbage containers were tilted on their sides and pieces of wood floated down flooded streets. Water was up to the doors of many cars during the morning rush hour.

Meanwhile, the low pressure area was over water, south of the Florida Panhandle. It was expected to grow into a powerful storm as it moved west through the Gulf's warm waters.

Lines of thunderstorms associated with the system ranged far out in into the Gulf and battered New Orleans, where as much as 7 inches (18 centimeters) of rain fell over a three-hour period Wednesday morning, forecasters said.

Mississippi and Texas were also at risk of torrential rains.

New Orleans is protected to a river level of 20 feet (6.1 meters), but it was forecast to rise above flood stage to 19 feet (5.8 meters) by Friday, the National Weather Service said.

Associated Press writers Kevin McGill and Rebecca Santana in New Orleans and Jeff Martin in Atlanta contributed to this report.