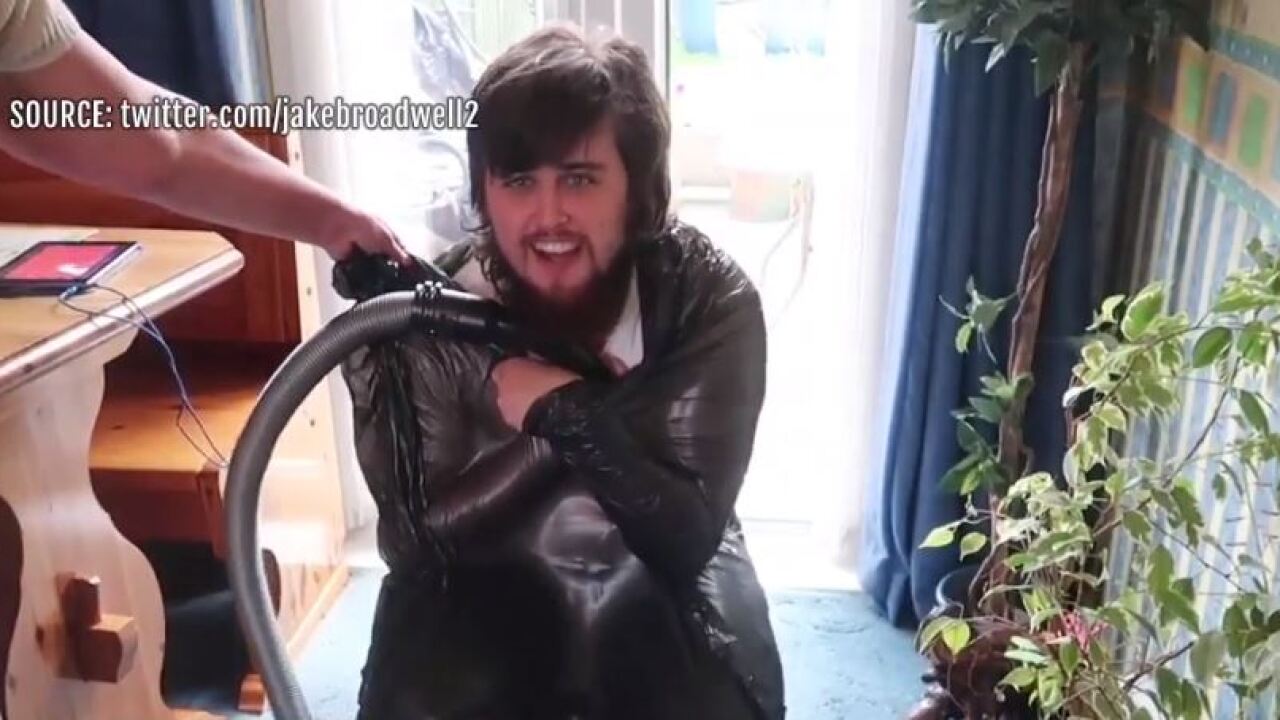 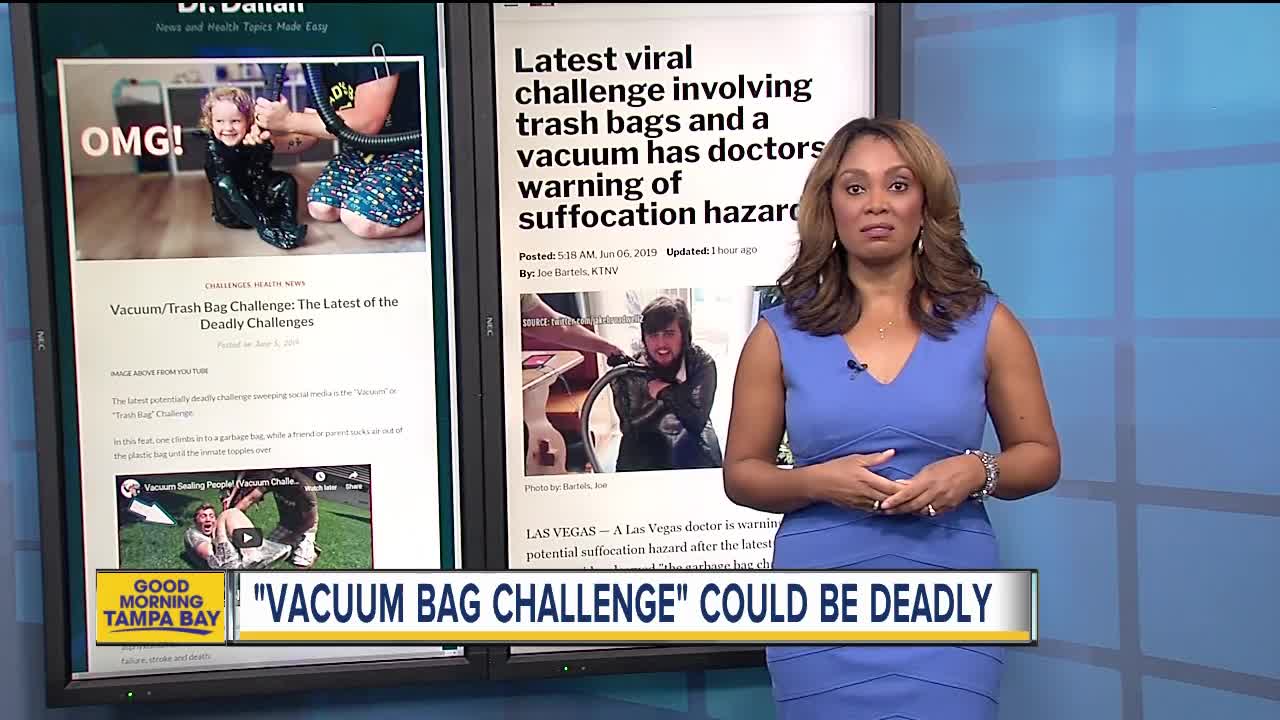 LAS VEGAS — A Las Vegas doctor is warning of a potential suffocation hazard after the latest viral internet video deemed "the garbage bag challenge" is showing people placing their bodies in plastic bags.

The viral videos began appearing earlier this week and already there are videos with thousands of views and shares on a variety of social media platforms.

The challenge videos show people placing themselves into large plastic trash bags and with the help of another person, a vacuum hose is placed into the bag and the air is sucked out.

Moments later the plastic shrinks around the person to the point they are unable to move and fall over.

In most videos, the people in the plastic bags are unable to break their fall and the challenge ends.

"It just takes someone not thinking and putting the bag over the head and you could asphyxiate." said Dr. Daliah Wachs.

Dr. Wachs says the concerns come from a lack of oxygen to the brain and other organs when the head is covered.

Dr. Wachs says there is also another fear factor in the challenge.

"What you need to understand is panic," said Dr. Wachs.

"If somebody feels like their face is covered and they start panicking and sometimes they stop breathing," said Wachs.

Wachs says a passed out person can hit their head and the brain can go just minutes without oxygen before serious damage and even death.

"What really frustrates me, not only as a doctor, but as a mother, these challenges aren't going away," said Wachs.

The garbage bag challenge is just the latest in a series of viral internet videos that have caused concern.

Wachs says the best thing to do is to avoid the challenge and speak to kids about avoiding viral challenges.