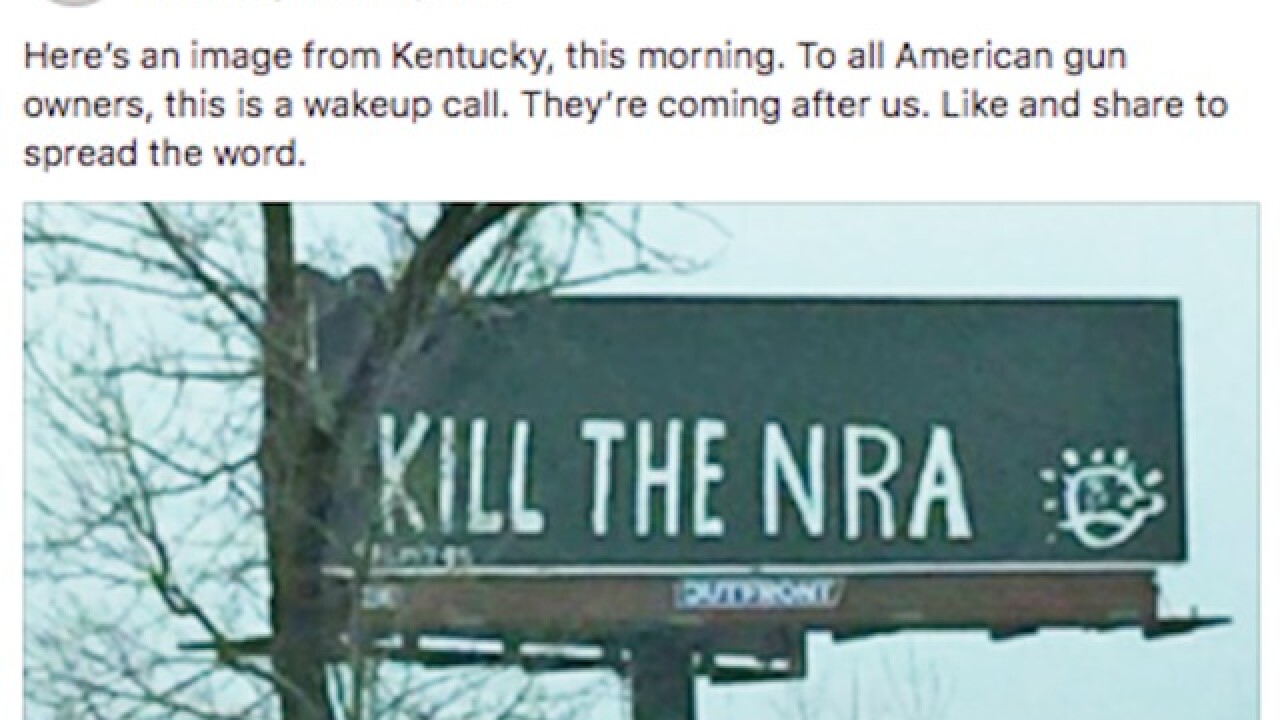 Copyright 2018 Scripps Media, Inc. All rights reserved. This material may not be published, broadcast, rewritten, or redistributed.
<p>NRA/Facebook</p>

A billboard located near a busy highway in Kentucky was vandalized with an anti-gun message on Monday.

Commuters on I-65 in Louisville noticed the billboard read "KILL THE NRA" on Monday morning. The billboard also read "RESIST 45," an apparent reference to President Donald Trump.

According to the Louisville Courier-Journal, the owner of the billboard, Outfront Media, said the billboard had been vandalized that that the graffiti had been immediately removed.

The anti-gun message appeared just days after 17 people were murdered in a Florida high school by a former student with a military-style weapon. The shooting has renewed calls for gun control by anti-gun advocates.

The National Rifle Association shared the image of the billboard on its Facebook page Monday.

"To all American gun owners, this is a wakeup call. They’re coming after us," the organization wrote.