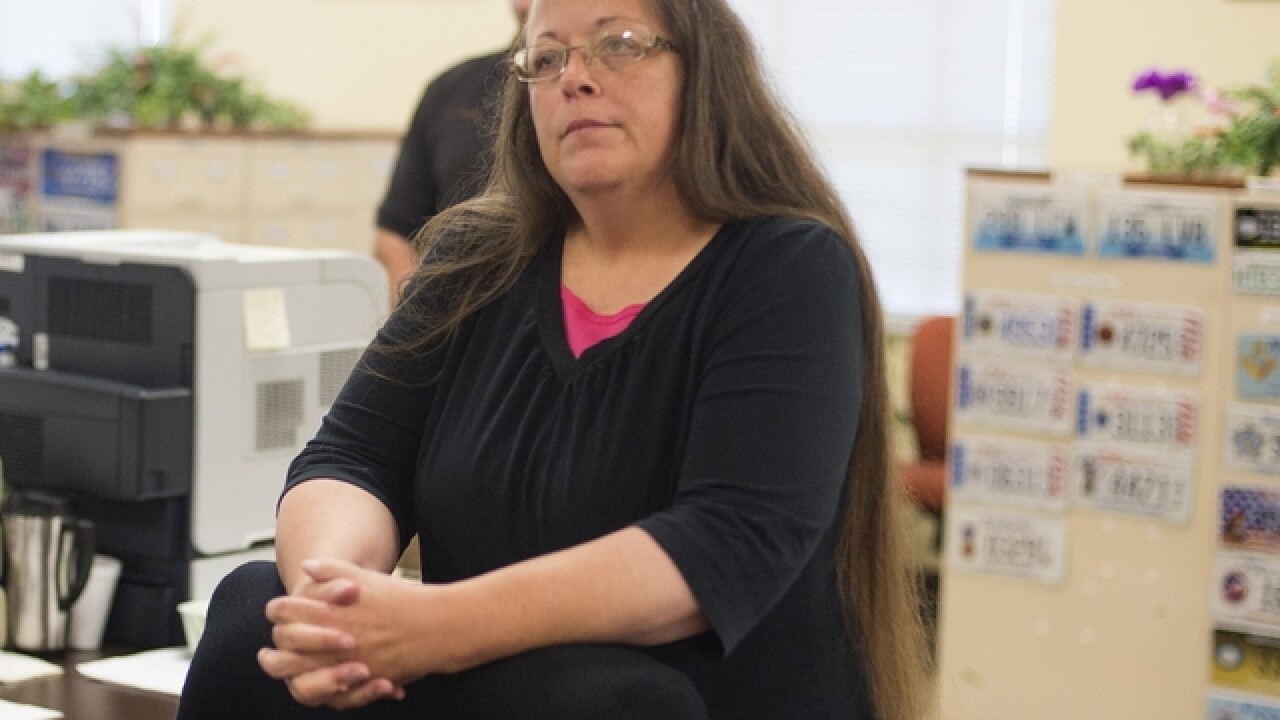 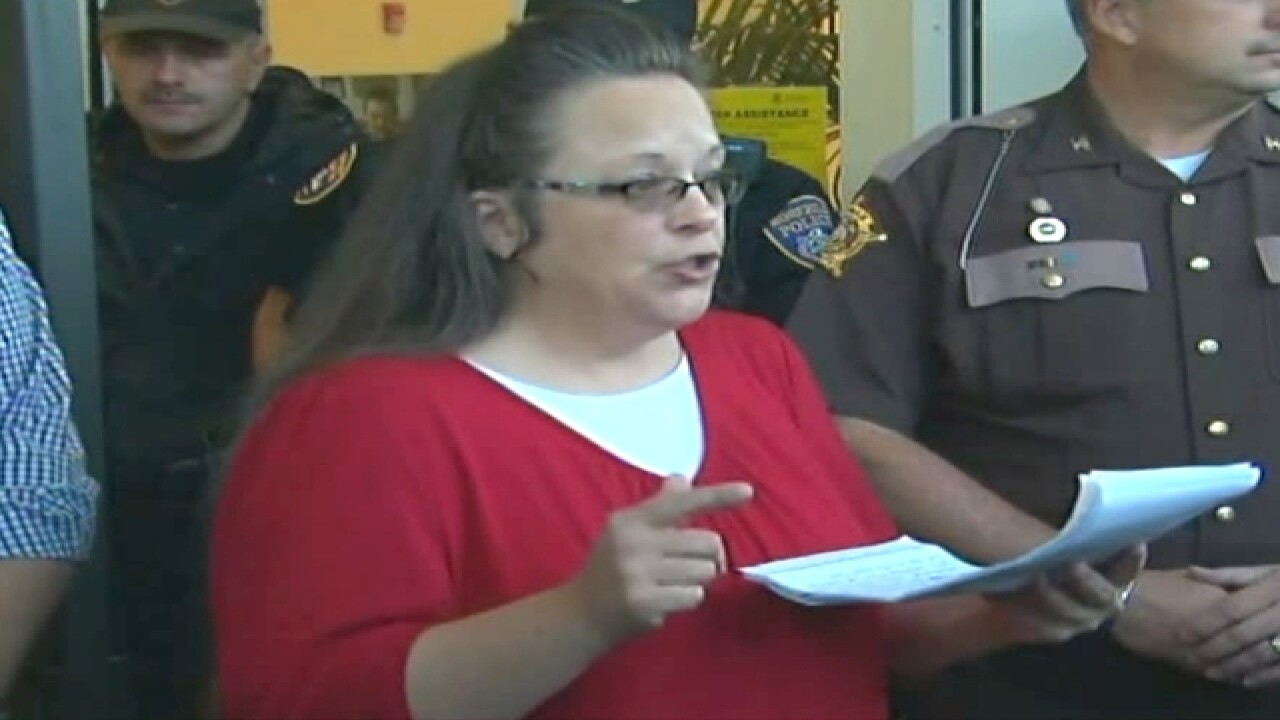 A defiant Kentucky clerk said Monday she will not interfere with her deputies if they keep issuing marriage licenses to same-sex couples, but she declared they will not be authorized by her and questioned their validity.

It was Rowan County Clerk Kim Davis' first day back in the office after a stint in jail for five days for defying a federal judge.

"I don't want to have this conflict. I don't want to be in the spotlight. And I certainly don't want to be a whipping post," Davis said, reading from a hand-written statement outside the courthouse where she works. "I am no hero. I'm just a person that's been transformed by the grace of God, who wants to work, be with my family. I just want to serve my neighbors quietly without violating my conscience."

Davis, an Apostolic Christian, stopped issuing licenses after the Supreme Court effectively legalized gay marriage. U.S. District Judge David Bunning held her in contempt and ordered her to jail. In her absence, her deputies issued at least seven licenses to gay couples and altered the forms to exclude Davis' name.

The deputy clerk who issued the licenses, Brian Mason, said Monday that will continue to hand out the licenses despite his boss's objections.

The governor, the attorney general and the county attorney have said the licenses are valid. Only Davis and her attorneys claim otherwise.

Davis, who believes gay marriage is a sin, has become a hero to many conservative Christians after she stopped issuing the licenses.

On Friday, Davis' attorneys filed an appeal seeking another delay in issuing licenses.

In their motion to the Sixth Circuit U.S. Court of Appeals, her attorneys argued that all the same-sex couples who sued Davis for a license received one from her deputies while she was in jail. Therefore, they said, her office should not be required to issue them to any more couples once she returns to work.

Bunning wrote that his mandate to issue licenses applied to all couples, not only those who filed suit. But Davis' lawyers allege that order was issued improperly, and again have asked for a delay.

The tension in Rowan County reached fever pitch last week, as protesters, presidential candidates and news crews from across the county descended on the small town of Morehead.