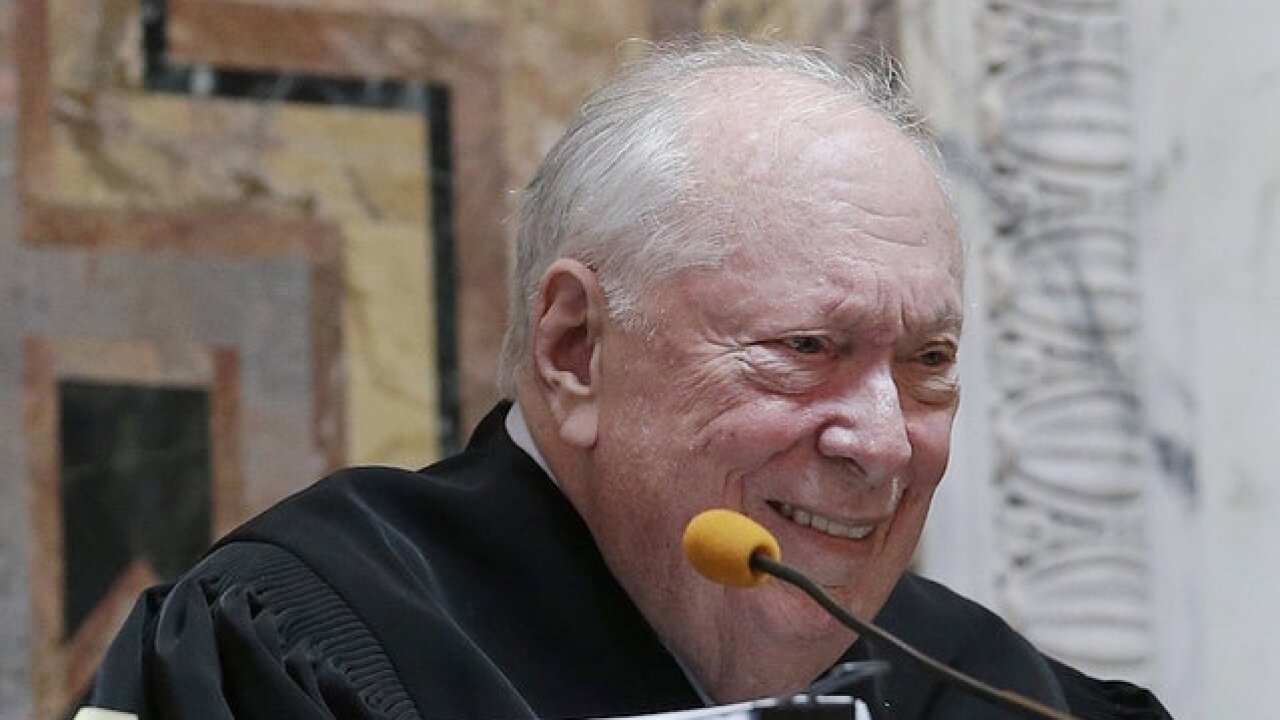 © 2018 Cable News Network, Inc.
Jeff Chu/AP
<p>Judge Stephen Reinhardt, a liberal federal appeals court judge who was part of a panel that rejected California's Proposition 8 same-sex marriage ban as unconstitutional, died Thursday, according to a court spokesperson. He was 87.</p>

Judge Stephen Reinhardt, a liberal federal appeals court judge who was part of a panel that rejected California's Proposition 8 same-sex marriage ban as unconstitutional, died Thursday, according to a court spokesperson. He was 87.

Reinhardt, who served on the US 9th Circuit Court of Appeals, died of a heart attack during a visit to his dermatologist, according to spokesman David Madden.

One of the last remaining federal judges appointed by then-President Jimmy Carter, nearly four decades ago, Reinhardt emerged as a staunch critic of the Trump administration's deportation policies and travel ban in the final years of his life.

"We have lost a wonderful colleague and friend. As a judge, he was deeply principled, fiercely passionate about the law and fearless in his decisions," Chief Judge Sidney R. Thomas of the 9th Circuit said in a statement.

"He will be remembered as one of the giants of the federal bench. He had a great life that ended much too soon," Thomas said.

Trump has slammed the court as being liberal and a symbol of "a broken and unfair" court system.

Reinhardt's passing leaves a progressive vacancy on the court for Trump to potentially fill with a conservative vote.

Reinhardt was born in New York in 1931. He earned a bachelor's degree from Pomona College in 1951 and a law degree from Yale Law School in 1954, according his biography. In 1979, former President Jimmy Carter appointed him to the appeals court, which is based in San Francisco.

Reinhardt's big moment in history would come three decades after his appointment.

In 2012, he was part of a three-judge panel that struck down California's voter-approved Proposition 8, arguing that the ban unconstitutionally singled out gays and lesbians for discrimination.

In a split decision, the panel found that Proposition 8 "works a meaningful harm to gays and lesbians" by denying their right to civil marriage in violation of the 14th Amendment.

In March 2017, he had some pointed words for President Donald Trump in an opinion issued when the 9th Circuit refused to rehear the travel ban case.

"I am proud to be a part of this court and a judicial system that is independent and courageous," wrote Reinhardt, "and that vigorously protects the constitutional rights of all, regardless of the source of any efforts to weaken or diminish them."

In May 2017, Reinhardt slammed the Trump administration's deportation policies. He said it was unfair for the government to kick out a 43-year-old coffee farmer who had built a life as a successful businessman in Hawaii. But the judge said he couldn't do anything to halt the deportation.

"President Trump has claimed that his immigration policies would target the 'bad hombres,'" Reinhardt wrote in an opinion published by the 9th Circuit Court of Appeals in May 2017. "The government's decision to remove Magana Ortiz shows that even the 'good hombres' are not safe."

"Judge Reinhardt was one of a kind -- a liberal (don't dare say "progressive"!) from another era, still championing justice and the rights of all as the country shifted around him," said Brian Goldman, a former law clerk.