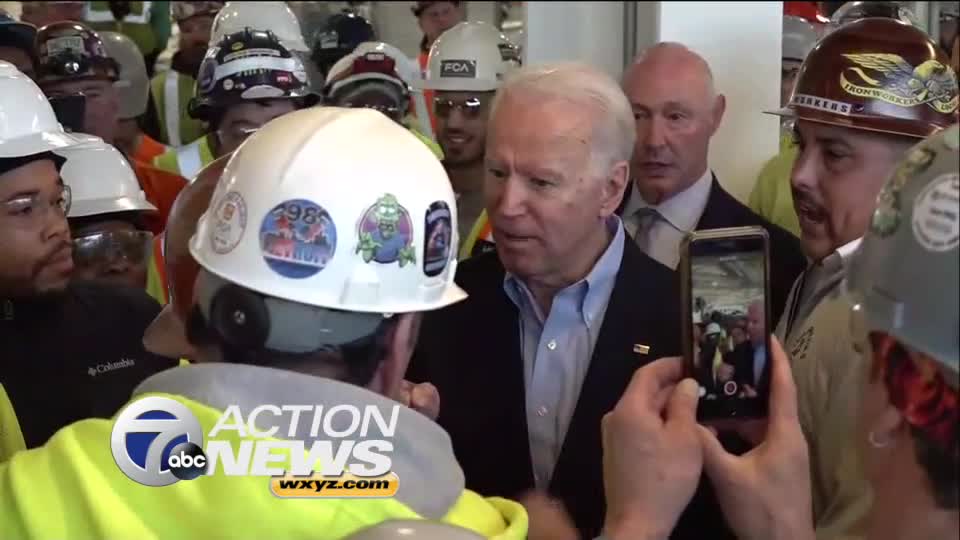 Democratic Presidential candidate Joe Biden told a worker he was "full of s***" during an argument over gun control while touring a Detroit plant on Tuesday morning. 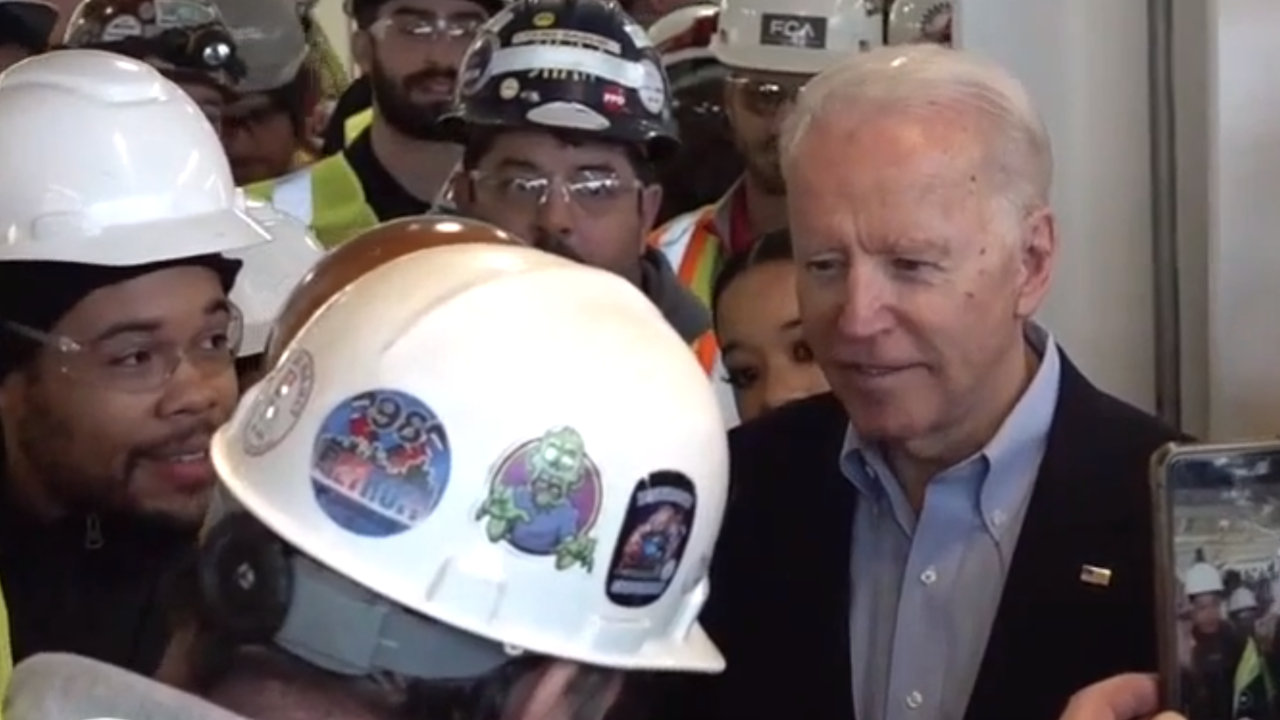 WARNING: The video above contains profanity.

DETROIT, Mich. -- Democratic presidential candidate Joe Biden told a worker he was "full of s***" during an argument over gun control while touring a Detroit plant Tuesday morning.

Biden was touring the Fiat Chrysler Mack Engine Plant this Tuesday morning when a worker approached him talking about gun control.

The worker accused Biden of "trying to end our Second Amendment rights," to which Biden responded "you're full of s***."

Biden also talked about how he has shotguns and his sons hunt.

"You're not allowed to own [just] any weapon. I'm not taking your gun away. You need 100 rounds?" he asked.

It's not clear what else was said between the worker and Biden, but Biden at one point argued he didn't say what the worker accused him of saying, adding that it was part of a viral video.

Andrew Bates, the director of rapid response for the Biden campaign, retweeted a tweet containing the video saying, "we will literally pay them to keep playing it." He also retweeted several other accounts who sent out the video.

We will literally pay them to keep promoting it. https://t.co/Snr62tth53

Laura Cox, the chair of the Michigan Republican Party, released this statement:

“With his frequent mental fumbles and now threats of physical violence against a hardworking Michigan voter, it’s abundantly clear the pressures of the campaign have exposed the real Joe Biden. Joe Biden owes that worker an apology, and it’s evident he no longer has the temperament to serve in the highest office in our nation.

This story was originally published by staff at WXYZ.