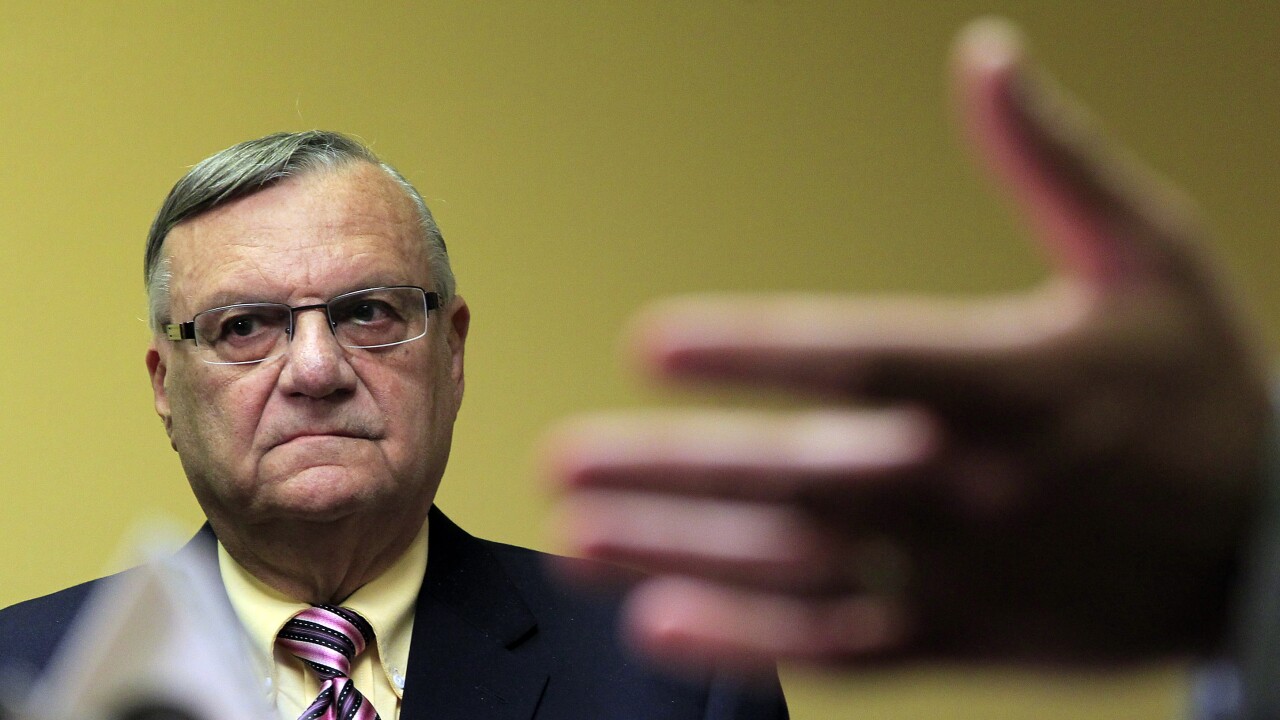 Ross D. Franklin/AP
FILE - In this April 3, 2012 file photo, Maricopa County Sheriff Joe Arpaio listens to one of his attorneys during a news conference in Phoenix. Arpaio is expected to take the witness stand Tuesday, July 24, 2012, and face allegations that his trademark immigration sweeps amounted to racial profiling against Hispanics. (AP Photo/Ross D. Franklin, File)

PHOENIX (AP) — Joe Arpaio has been narrowly defeated in his bid to win back the sheriff’s post in metro Phoenix that he held for 24 years before being voted out in 2016. Arpaio on Friday lost the Republican primary to his former top aide, Jerry Sheridan.

Sheridan will face the Democrat who previously defeated Arpaio, Paul Penzone, in the November general election. Arpaio also ran an unsuccessful U.S. Senate campaign in 2018, not long after President Donald Trump pardoned his criminal conviction for disobeying a judge’s order.