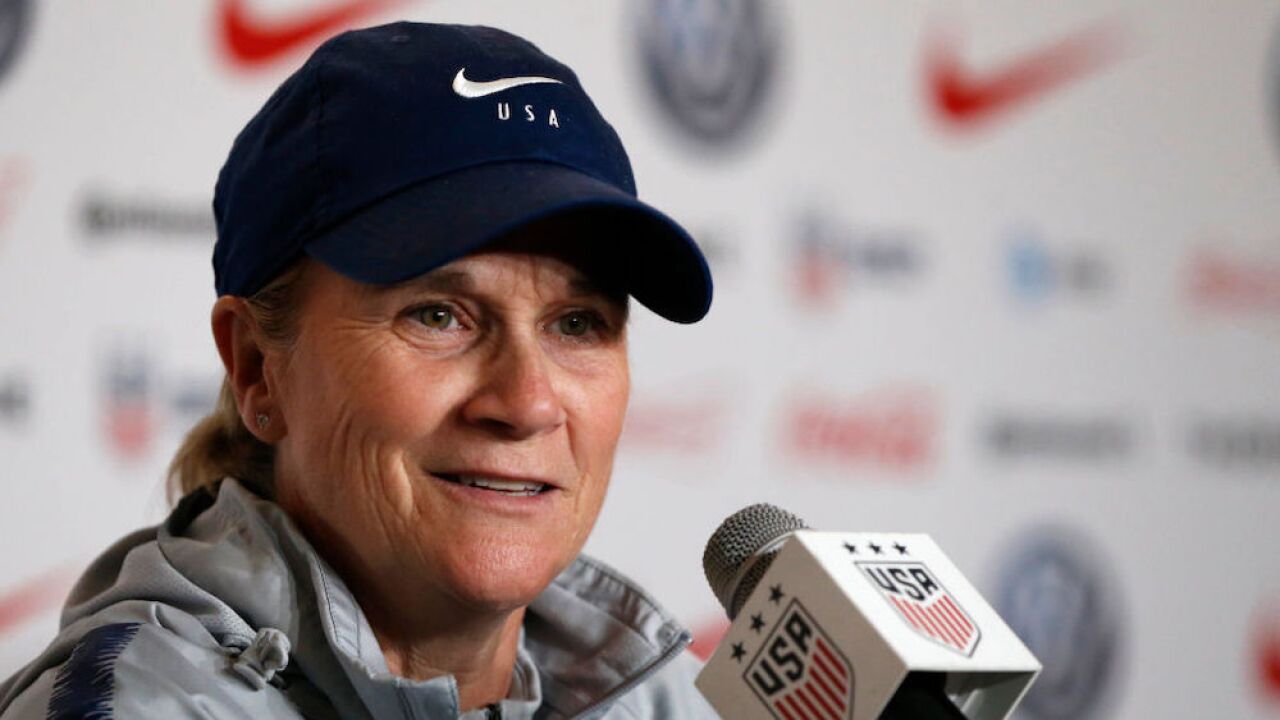 Jill Ellis , the legendary coach of the US Women's National Team who led the team to back-to-back FIFA Women's World Cup titles, is stepping down in early October, US Soccer announced Tuesday.

Ellis will remain with the team through its five-game "Victory Tour," which begins Saturday against Ireland at the Rose Bowl in Pasadena, California.

"The opportunity to coach this team and work with these amazing women has been the honor of a lifetime," Ellis said in a statement . "I want to thank and praise them for their commitment and passion to not only win championships but also raise the profile of this sport globally while being an inspiration to those who will follow them."

Ellis is the first coach in history to win two women's World Cup titles, capping her career with the team's thrilling performance this summer in France, where the Americans went undefeated and beat the Netherlands 2-0 win for the title.

Ellis, 52, has an overall record of 102-7-18. US Soccer said she will continue on with the team "for at least the next year in the role of an ambassador."

"The U.S. Soccer Federation and the sport in general owes Jill a debt of gratitude," US Soccer President Carlos Cordeiro said. "She helped raise the bar for women's soccer in the USA and the world, and given the history of this program, the level of success she achieved is even more remarkable."

In her statement, Ellis said the "timing is right to move on and the program is positioned to remain at the pinnacle of women's soccer."

"Change is something I have always embraced in my life and for me and my family this is the right moment," she said.

Elllis was the eighth coach to lead the women's national team, US Soccer says, helping them to the World Cup title in 2015, just 13 months after taking over. She was named the FIFA World Coach of the Year and Concacaf Coach of the Year for Women's Soccer.

Ellis then guided the team through unbeaten campaigns in 2018 (18-0-2) and 2016 (22-0-3) "although 2016 featured the penalty kick loss to Sweden in the Olympics, which in part spurred Ellis to remake the squad into what was widely hailed as the best in the history of the sport," US Soccer said.

US Soccer said it will soon name a general manager of the women's national team, and after that, the search for a new head coach will begin.