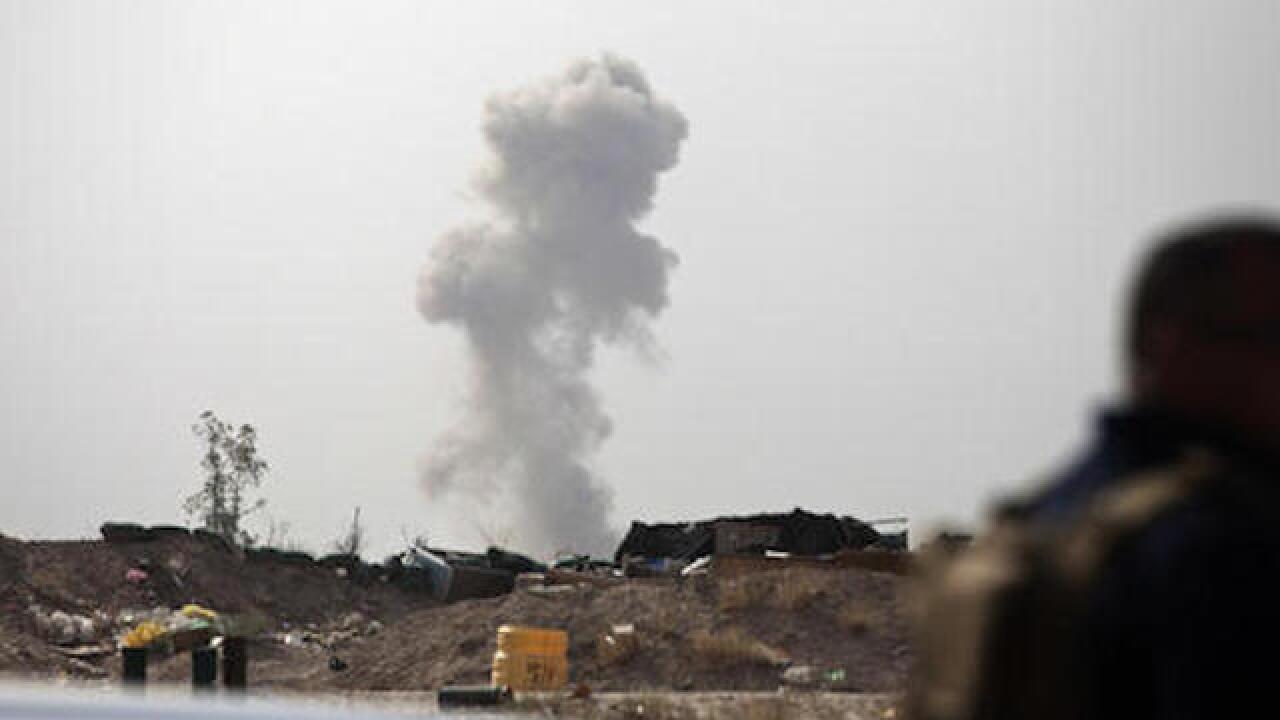 Maya Alleruzzo
<p>Smoke rises from a car bomb on the front line in Fallujah, Iraq, Sunday, June 5, 2016. Iraqi forces are pushing their way into the city to retake it from Islamic State militants.(AP Photo/Maya Alleruzzo)</p>

NAYMIYAH, Iraq (AP) — Iraqi forces secured the southern edge of the Islamic State group stronghold of Fallujah on Sunday, two weeks after the launch of an operation to recapture the city, the Iraqi special forces commander overseeing the operation said.

The Fallujah operation coincides with a twin offensive on IS-strongholds in neighboring Syria. Syrian Kurdish forces are advancing on Manbij, an IS-held city controlling the supply route between the Turkish border and the town of Raqqa, the militants' de facto capital. At the same time, Syrian government troops are advancing on Raqqa from the south.

The slow-moving Iraqi operation was announced in May. An array of troops including Iraqi military divisions, the federal police and the largely Shiite militia groups, known as the Popular Mobilization Forces, had cleared IS from the majority of Fallujah's suburbs.

On Monday, Iraq's elite special forces began pushing into the city center, but they have faced stiff resistance as Fallujah has been under IS control for more than two years, and the militants have been able to erect complex defenses.

Tall dirt berms dot the dusty fields to the city's south. A single column of counterterrorism Humvees snaked up toward a row of low lying houses that mark the beginning of the main city.

"VIBED! VIBED!" shouted an Iraqi air commander from a small mobile base on Fallujah's southern edge. Using an acronym for a car bomb, the Iraqi special forces officer called to Australian coalition forces over a hand-held radio. Moments later, a plume of white, then black smoke appeared on the horizon. Commanders at the scene said the explosion was created by a coalition rocket destroying the incoming car bomb.

Car bombs were once the most deadly form of IS counterattack for Iraq's special forces, who have taken the lead in a number of anti-IS operations, including in the cities of Tikrit and Ramadi. Al-Saadi, who also commanded the Tikrit operation, says coalition air power in Fallujah has prevented car bombs from inflicting casualties on his forces, but they have still succeeded in slowing progress.

"We are expecting many more," once inside the city's more urban neighborhoods, al-Saadi said.

Fallujah is one of the last strongholds of IS in Iraq. While the militants once held nearly a third of the country's territory, their grip has slipped to less than half that, according to the Iraqi Prime Minister Haider al-Abadi. IS still controls patches of territory in northern and western Iraq, as well as its second largest city, Mosul.