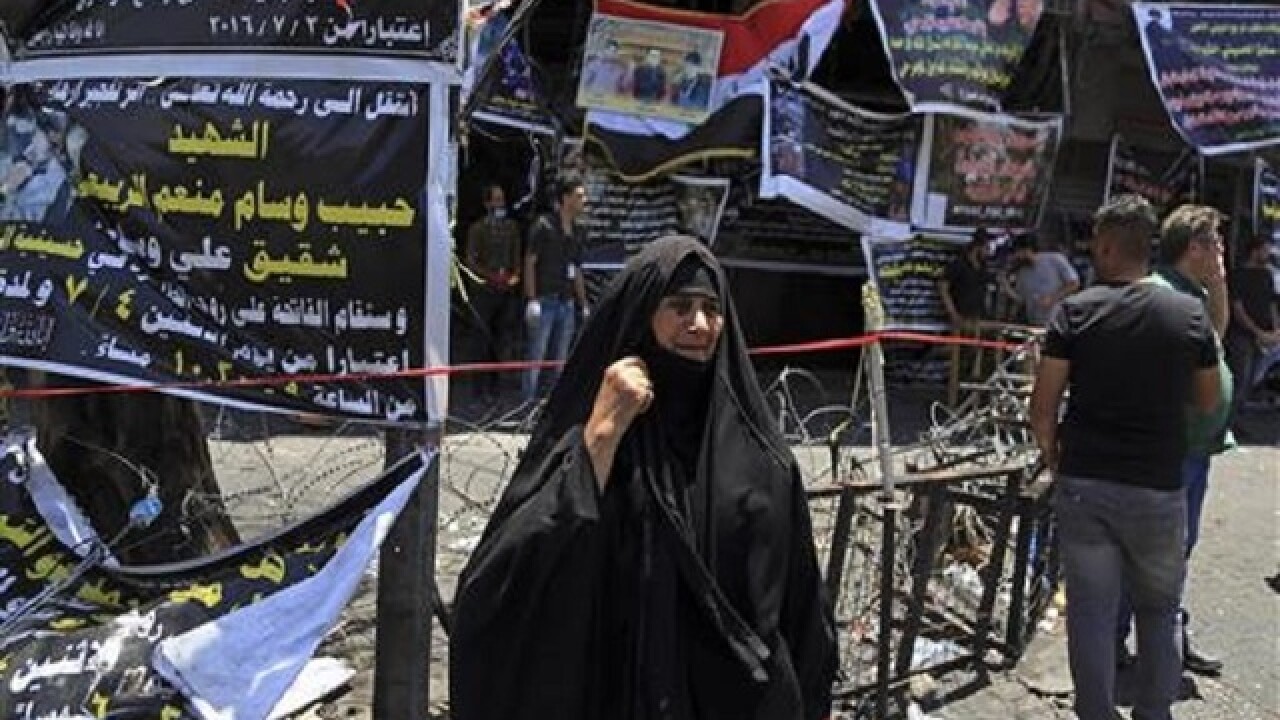 BAGHDAD (AP) — Iraqi officials say a car bombing at an outdoor market in a Shiite-dominated northeastern district of Baghdad has killed at least 11 people.
A police officer says an explosives-laden pickup truck exploded on Tuesday morning at a vegetable and fruit market in al-Rashidiya. He says up to 32 people were wounded in the attack and that the explosion also damaged several cars.
A medical official confirmed the casualty figures. Both officials spoke on condition of anonymity as they were not authorized to release information.
No group immediately claimed responsibility for the attack, which bore the hallmarks of the Islamic State group. The extremist group was behind two large-scale attacks last week that killed more than 300 people.
Copyright 2016 The Associated Press. All rights reserved. This material may not be published, broadcast, rewritten or redistributed.