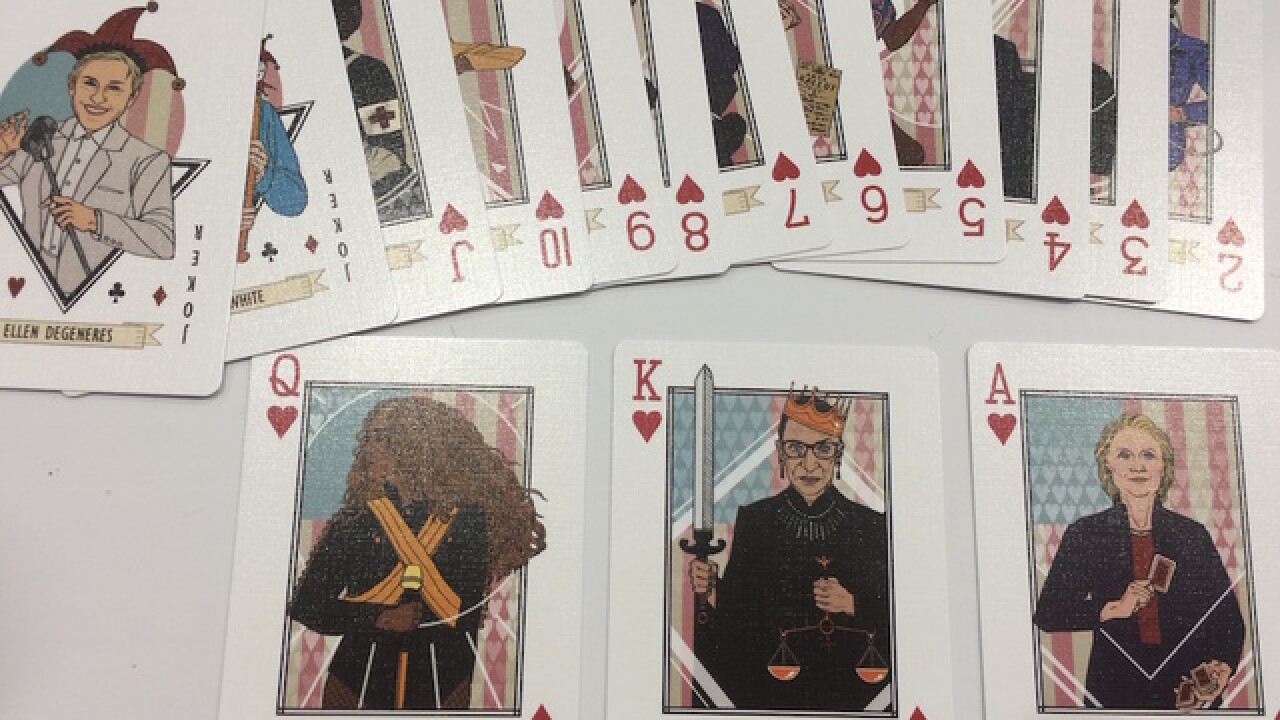 Clint Davis / Scripps
<p>A deck of "The Woman Cards" is shown on July 27, 2016 in Philadelphia. Iowa siblings Zacharia and Zebedia Wahls designed and produced the cards after hearing Donald Trump claim Hillary Clinton was playing "the woman card." They raised more than $150,000 in a Kickstarter drive. The cards in the deck feature 15 original portraits of transformative American women that were drawn by Zebedia Wahls.</p> 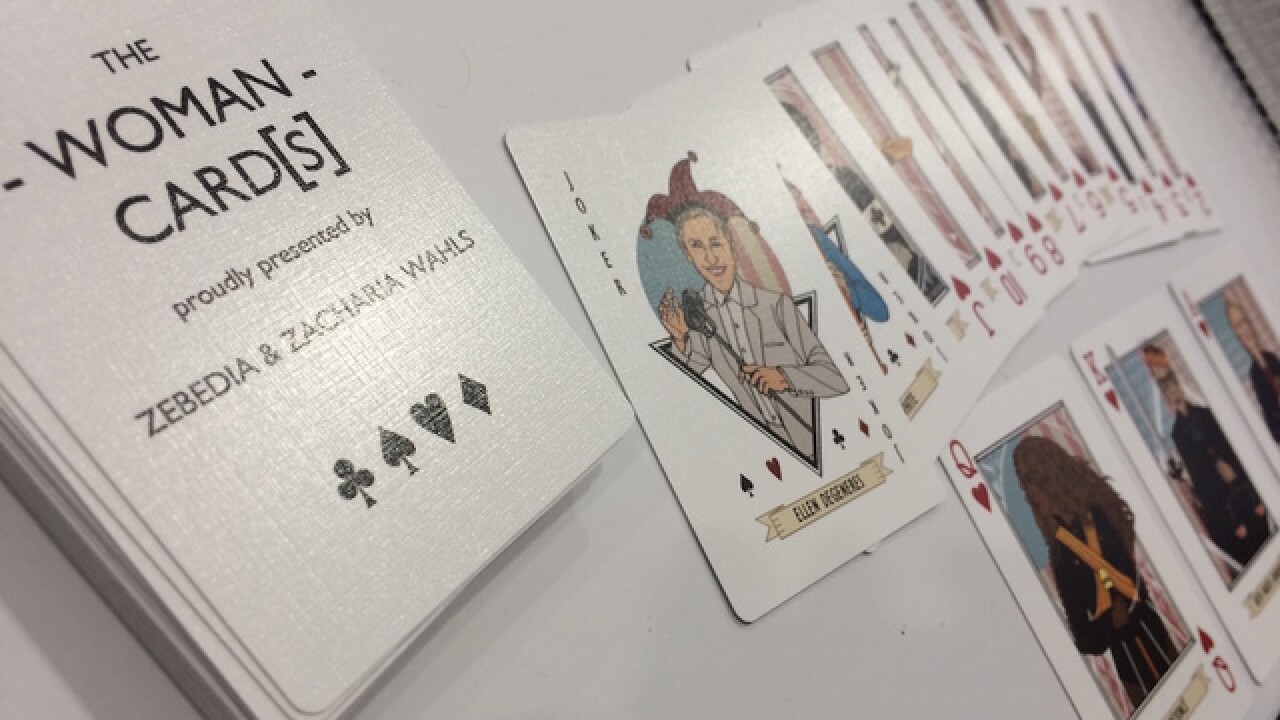 Donald Trump has taken credit for plenty of successful business ideas — but he probably won't want to claim this one.

When Trump remarked in April that Hillary Clinton owed her campaign success to playing "the woman's card," siblings Zach and Zebby Wahls came up with a million-dollar idea.

The pair dreamed up a deck of playing cards that would feature portraits of powerful women. They called them "The Woman Cards."

Within hours, thousands of people wanted to be dealt in.

"We started a Kickstarter about 36 hours after Trump accused Hillary of playing "the woman card," with a really rough prototype and it just totally took off," Zach Wahls, 25, said in Philadelphia this week. "We were trying to raise $5,000 by the end of the month of May. We ended up raising $150,000."

Each deck of Woman Cards features original portraits of 15 transformative American women, from Clinton (Ace) to Harriet Tubman (Eight) to Beyonce (Queen, of course). Each woman appears in all four suits and the Jokers are Betty White and Ellen DeGeneres.

The number or rank assigned to each woman corresponds with a fact of her life. "For example, Dr. Sally Ride is number Two in our deck ... she went to space twice," Zach said.

The portraits were all drawn by Zebby, a 21-year-old art student at the University of Iowa.

"My sister crushed it," Zach said. "She was in the middle of finals when the Kickstarter took off, so she had to finish her finals and then she just locked herself in her room."

Wahls said they've sold nearly all of the 10,000 decks they produced. He said he brought a bag of them with him to the 2016 Democratic National Convention — where he's representing Iowa as a Clinton delegate — and he'd sold almost all of those as well.

He said the sales he's made in Philadelphia are helping pay for his trip to the DNC, including a "very, very expensive hotel room." He said part of his mission at the DNC has been spending time supporting the LGBTQ caucus because his parents are lesbians.

(Above) The Amelia Earhart card is Zach Wahls' favorite.

He said narrowing down the deck to 15 women was "basically impossible." Some notable women who were left out include Eleanor Roosevelt, Sacagawea and Sojourner Truth. Zach said he's starting graduate school in the fall and Zebby is studying abroad in Italy but they are leaving the door open for a second edition of Woman Cards.

"We're just really grateful for all of the overwhelming support that we got from all of our backers," Zach said.