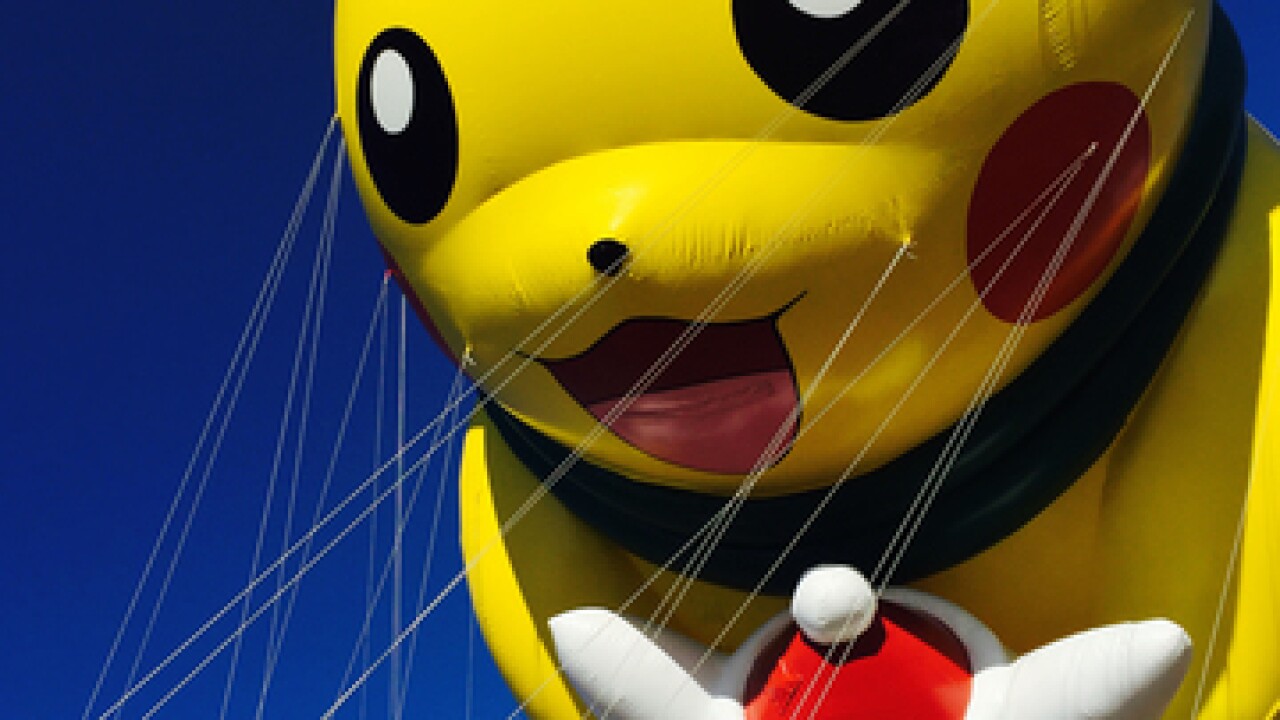 Macy's, Inc.
<p>A new Pikachu balloon is seen. The giant balloon will make its debut at the 2014 Macy's Thanksgiving Parade.</p>

BOSTON (AP) — Two Iowa men accused of bringing guns and ammunition to Boston after allegedly making online threats against the Pokemon World Championships are expected to change their not guilty pleas.
James Stumbo, of Boone, and Kevin Norton, of Ames, are scheduled to appear in Suffolk Superior Court in Boston on Thursday for a change-of-plea hearing. The men pleaded not guilty after they were arrested last year on five weapons charges.
Authorities say the men made online threats before driving 25 hours to Boston to attend the Pokemon event in Boston last August. Prosecutors say they had an AR-15 rifle, a 12-gauge shotgun and nearly 300 rounds of ammunition in their car. They were arrested while trying to register for the event.
The men's lawyers have said that the online remarks were just idle chatter.
Copyright 2016 The Associated Press. All rights reserved. This material may not be published, broadcast, rewritten or redistributed.