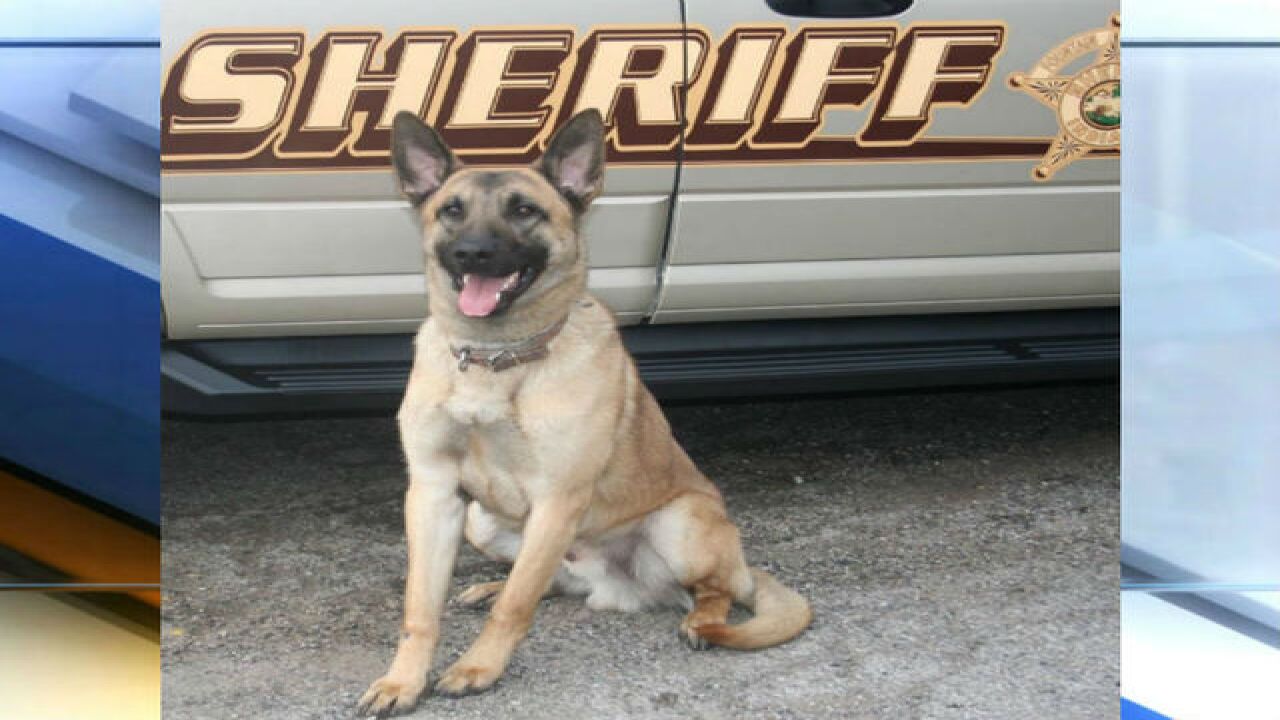 FOUNTAIN COUNTY, Ind. -- An Indiana K-9 died from heat exhaustion after the search and arrest of three armed robbery suspects earlier this week.

On Monday, the Fountain County Sheriff's Department announced the death of Tyson, a K-9 with the department.

Tyson was called to help with a search for three men who were suspected of robbing a Walgreens in Danville, Illinois by gunpoint.

During the search, Tyson developed heat exhaustion, which became critical. He was taken to a local vet, where he developed complications and died.

The Fountain County Sheriff's Department is asking all donations in Tyson's name be sent to the department's K-9 fund.