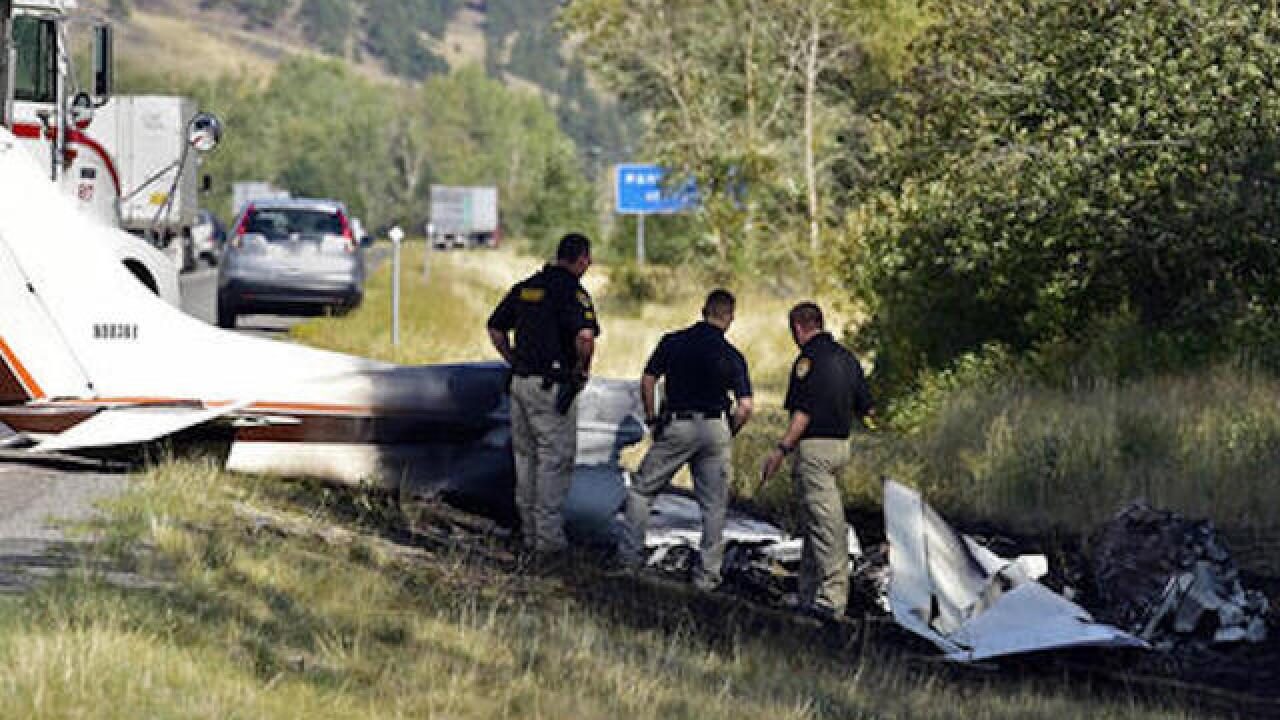 Copyright Associated Press
Tom Bauer
<p>Missoula County sheriff's deputies look at the wreckage of a Cessna 182 that crashed on the shoulder of Interstate 90 near Rock Creekont., on Sunday, Aug. 28, 2016. The crash killed 52-year-old Darrell Ward of Deer Lodge, a star of the History channel series "Ice Road Truckers" and pilot Mark Melotz, 56, of Arlee. Ward was returning to Montana to film a pilot episode of a documentary-type series about the recovery of plane wrecks. (Tom Bauer/The Missoulian via AP)</p>

MISSOULA, Mont. (AP) — A plane crash in western Montana killed a star of the History channel reality series "Ice Road Truckers" who was planning to film a pilot episode of a show about recovering plane wrecks.

Family and friends who were waiting for them said the airplane appeared to stall, then went through a stand of trees, hitting some of them, Burt said. Branches were thrown onto the highway.

Melotz, 56, of Arlee, bought the Cessna 182 on Friday, Burt said. He had flown the airplane to Missoula, where he picked up Ward.

"As best we know, it was a trip from Missoula to that airstrip to visit some friends," Burt said.

Ward appeared on five seasons of "Ice Road Truckers," which follows drivers taking supplies in big rigs across frozen lakes to work camps and remote towns. He drove in Alaska and Canada.

"We are saddened by the tragic loss of Darrell Ward, a beloved member of the HISTORY family," the channel said in a statement. "He will be greatly missed and our thoughts are with his family during this difficult time."

The National Transportation Safety Board and the Federal Aviation Administration are investigating the cause of the crash.