Hurricane Florence could swing toward US east coast 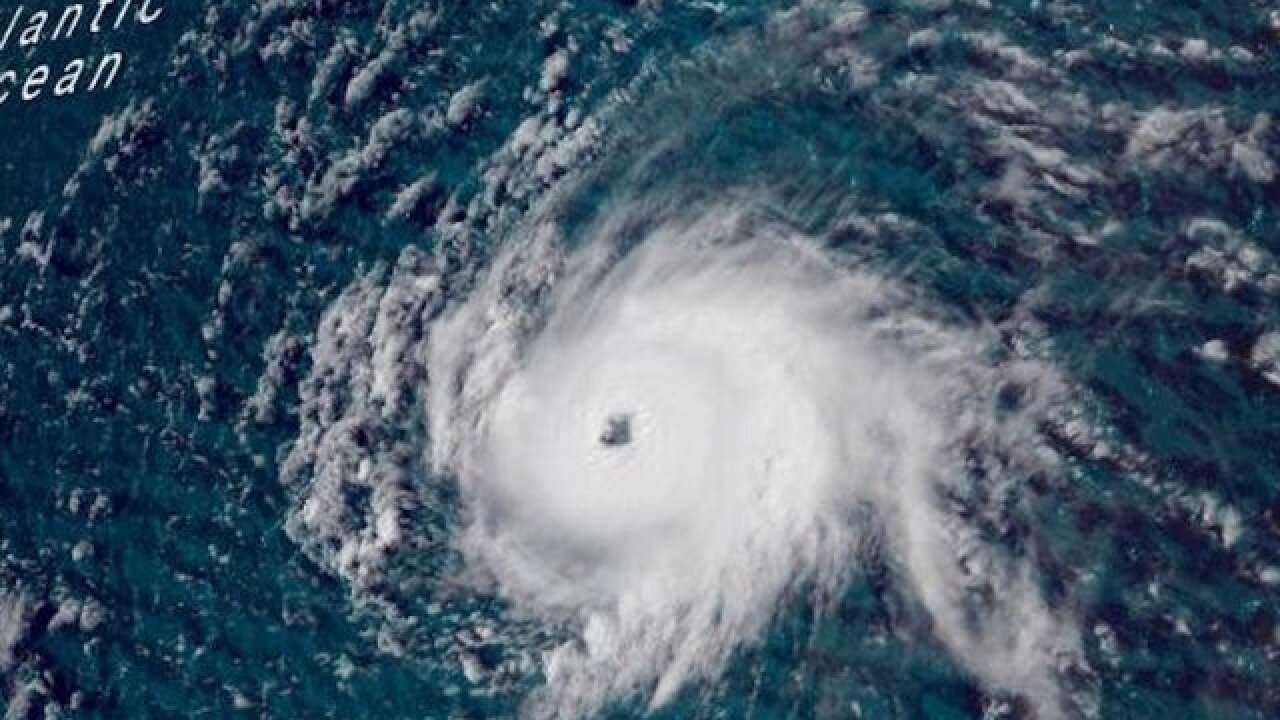 Copyright Getty Images
CNN
<p>Hurricane Florence, the first major hurricane of the year, could pose a threat to the US East Coast.</p>

Hurricane Florence has weakened some but will likely strengthen again into a major hurricane and could threaten the US East Coast by next week.

On Wednesday, Florence became the first major hurricane of the 2018 Atlantic season, with maximum sustained winds peaking at 130 mph, making it a Category 4 hurricane, according to the National Hurricane Center.

But increased wind shear over the open Atlantic -- the hurricane is more than 1,700 miles from the East Coast -- has weakened Florence to a Category 1 storm, with 80 mph winds as of 5 p.m. Thursday.

Wind shear will lessen over the weekend, and Florence should regain major hurricane intensity (Category 3 or greater) by early next week -- as the storm moves northwest, getting closer to the US coastline by the day.

It's too early to tell if the storm will make landfall somewhere on the East Coast, or if it will turn harmlessly back to sea.

Still, there are some troubling signs in the major computer models that meteorologists use to predict hurricane tracks a week or more in advance.

The European and American models have shifted westward in the past two days, consistently showing a menacing hurricane coming dangerously close to the Eastern Seaboard.

There are dozens of different models and versions of forecast tracks that meteorologists have among their forecasting tools, and a majority still show the center of Florence staying offshore -- but most track it close enough to cause some impact next week.

Florence should track south of Bermuda early next week but will be close enough to bring gusty winds and dangerous surf conditions. Large swells will also begin affecting the Southeastern US coastlines, with larger waves and rough surf as early as this weekend, increasing through next week.

Florence's track will depend on the development and movement of a number of weather systems as the storm gets steered by a large ridge of high pressure in the Eastern United States and northern Atlantic as well as the progress of a low pressure trough across the country.

But East Coast residents can feel reassured about one thing: More than 75 storms have passed within 200 miles of Florence's current location in the Atlantic since hurricane records began in the 1850s, and not a single one made a US landfall.

Even if Florence stays out to sea, models show other systems developing over the Atlantic, almost on cue as the hurricane season hits its peak Monday. The eight weeks around then often are prime time for the conditions that fuel powerful storms.

The National Hurricane Center is monitoring a couple of other tropical waves in the eastern Atlantic that it says are likely to develop into tropical storms in the next several days.