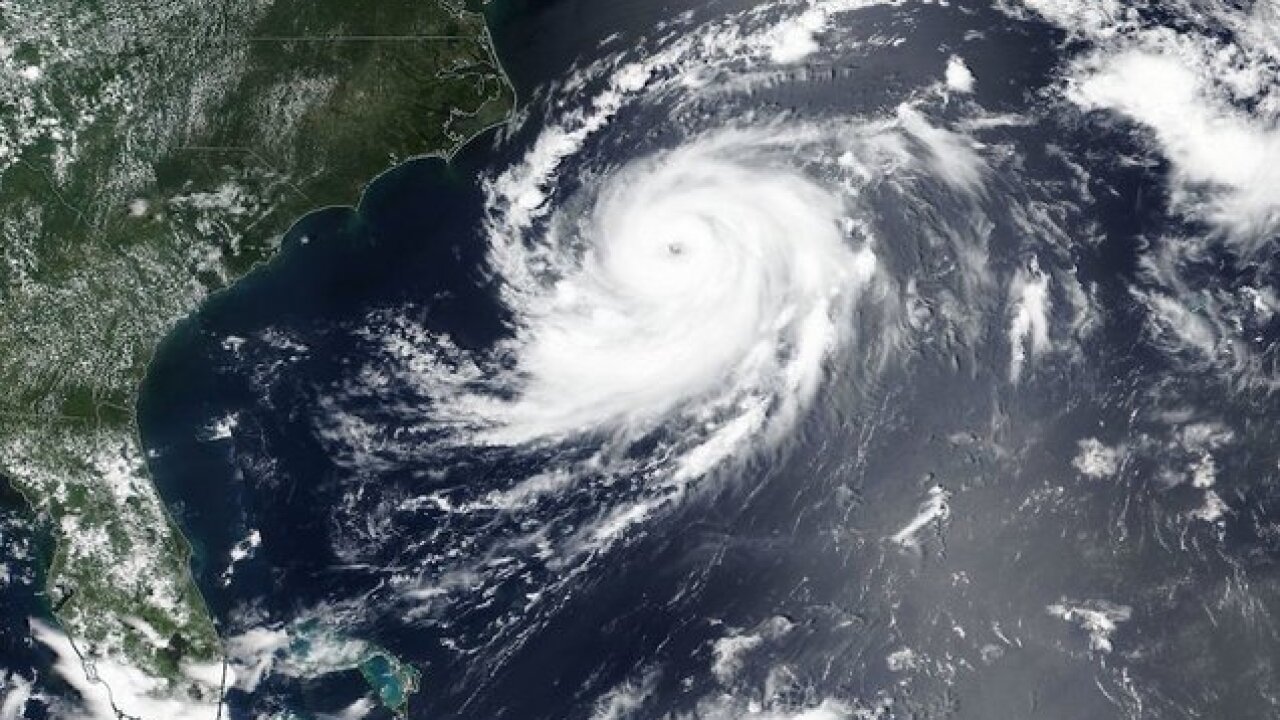 If you're on the Atlantic coast, you may want to stay out of the water for the next few days.

Hurricane Chris is rapidly strengthening, and the National Hurricane Center has named it a Category 2 storm. Maximum sustained winds have increased to near 105 mph, and it will likely continue to strengthen through Wednesday morning.

The system is expected to bring swells on the coasts of North Carolina and the mid-Atlantic states.

"These swells could cause life-threatening surf and rip current conditions," the National Hurricane Center said in a report.

As of 5 a.m. EDT Wednesday, the storm was about 315 miles east of Cape Hatteras, North Carolina, moving northeast at about 22 mph.

Forecasters also expect Chris to produce one to three inches of rain over Newfoundland. Its center will be near southeastern Newfoundland Thursday night.

The storm will continue to move to the northeast and is expected to remain well offshore of the US.

The National Hurricane Center expects Chris to begin weakening Wednesday night, and it predicts the storm will become a strong post-tropical cyclone by Thursday night.

There were no coastal watches or warnings as of 5 a.m. EDT Wednesday, but the National Hurricane Center suggested people in Atlantic Canada monitor the storm's progress.