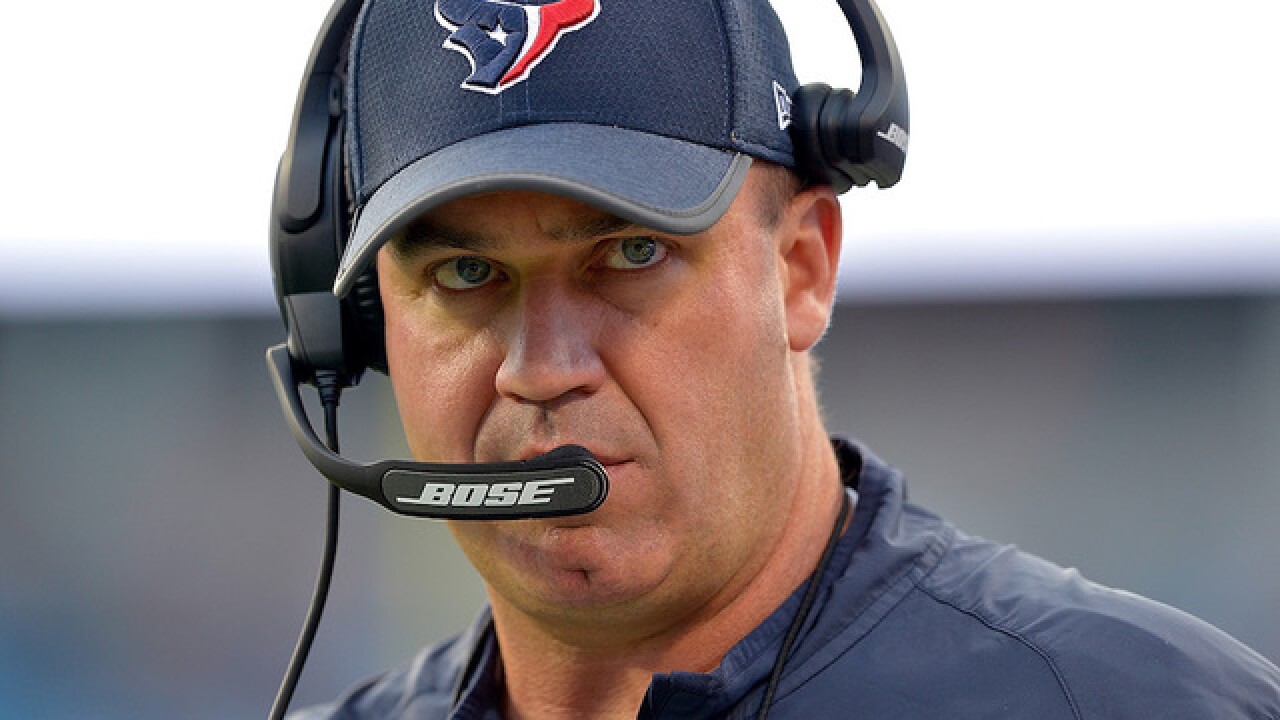 The preseason game between the Houston Texans and Dallas Cowboys on Thursday night has been canceled.

The game had been moved from Houston to the home of the Cowboys because of widespread flooding in the Houston area. The decision to cancel the game altogether was announced Wednesday.

After the Texans played their preseason game in New Orleans last weekend, they went to North Texas instead of home in the wake of Hurricane Harvey. The Texans practiced Monday and Tuesday at the Cowboys' practice facility.

It wasn't immediately clear when the Texans might be able to return to Houston for the first time since the hurricane made landfall last Friday.