Having a baby in the neonatal intensive care unit can be stressful for families at any time of the year, but especially during the holidays. That's why hospital staff in Austin, Texas, were determined to make the season merry and bright for their tiny patients and their families.

A hospital employee dressed as Santa Claus visited nearly 50 babies nestled in stockings and decked out in red and green at St. David’s Women’s Center of Texas on Tuesday. 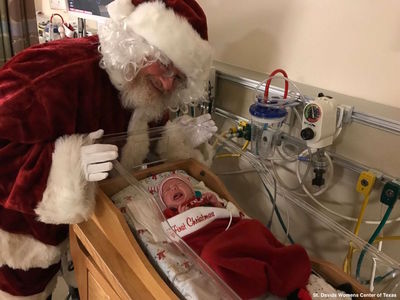 The hospital's Santa grows his beard all year long for the tradition, according to Amy Irons, the hospital’s director of neonatal services.

The photos with Santa Claus provide a much-needed sense of normalcy for the babies’ parents, Irons added. 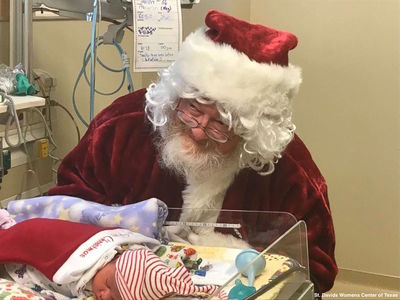 “We don’t want them to miss that first Christmas celebration,” Irons told ABC News. “They’re not home and not able to have a picture in front of their tree or sit in Santa’s lap and we don’t want to take that away.” 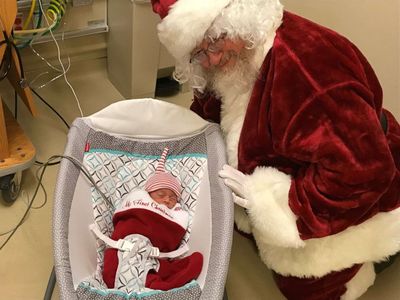 One of the babies this year met Santa dressed as Santa himself. 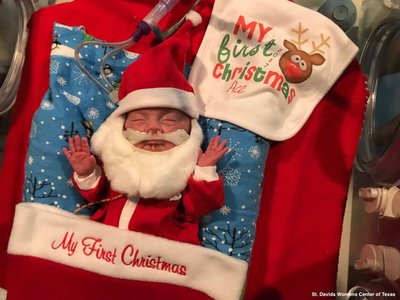 The mom of Ace, who was born in October weighing less than one pound, attached cotton balls around Ace’s respiratory apparatus to give him a beard, Irons said. 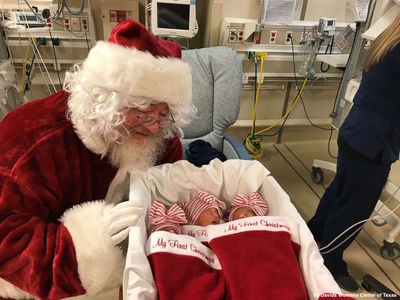 The hospital provides each baby with a “My First Christmas” stocking and an elf hat, she added.

The Christmas celebrations will continue tomorrow when the baby’s parents can partake in a Christmas dinner at the hospital. 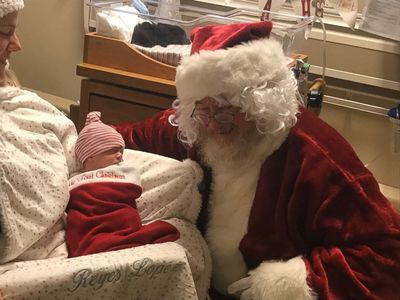 The neonatal nurses also assemble crafts to give to the parents from the babies in honor of their first Christmas, including an ornament with their footprint.

“The staff loves to be able to give that to the parents, to give them a little bit of what they would have at home,” Irons said. “They love being able to build that bond.”