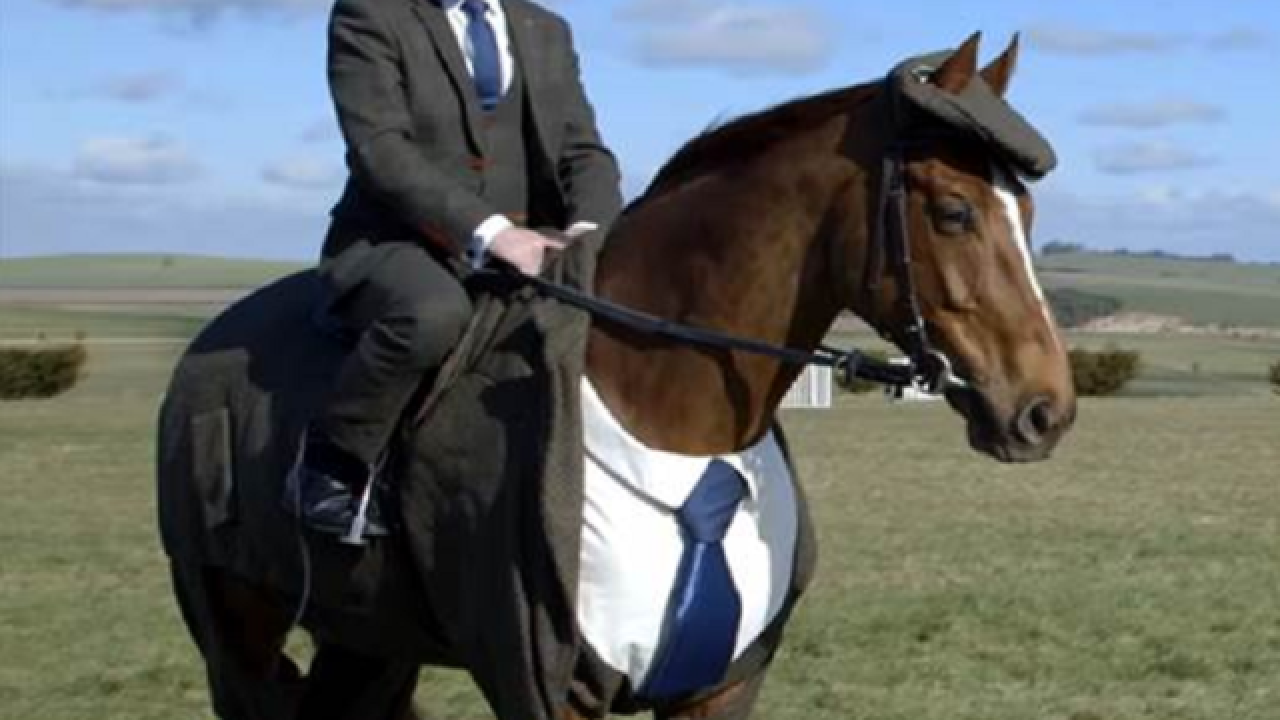 By: Mina Abgoon
Posted at 10:12 PM, Mar 14, 2016
A suit fit for even the finest horses.
Donning the world’ first Harris Tweed suit designed for a race horse, veteran race horse Morestead is turning heads ahead of this year’s Cheltenham Festival in England.
And he looks quite dapper.
A three-piece suit, along with a flat cap and tie -- commissioned by bookmaker William Hill and designed by one-time Alexander McQueen apprentice Emma Sandham -- completed Morestead’s look as he modeled alongside champion jockey AP McCoy.

"Creating the world's first tweed suit for a horse has been one of the biggest challenges that I have faced in my career as a designer," Sandham-King told the Daily Mail. "Some models can be real divas, but veteran racing horse Morestead was calm and a pleasure to work with."
The Cheltenham Festival kicks off March 15 in the western English county of Gloucestershire.
Learn more about the handsome ensemble in the video below.
Scripps Only Content 2016