His fellow veteran lost both legs in Afghanistan. So this Marine carried him up Mt. Timpanogos 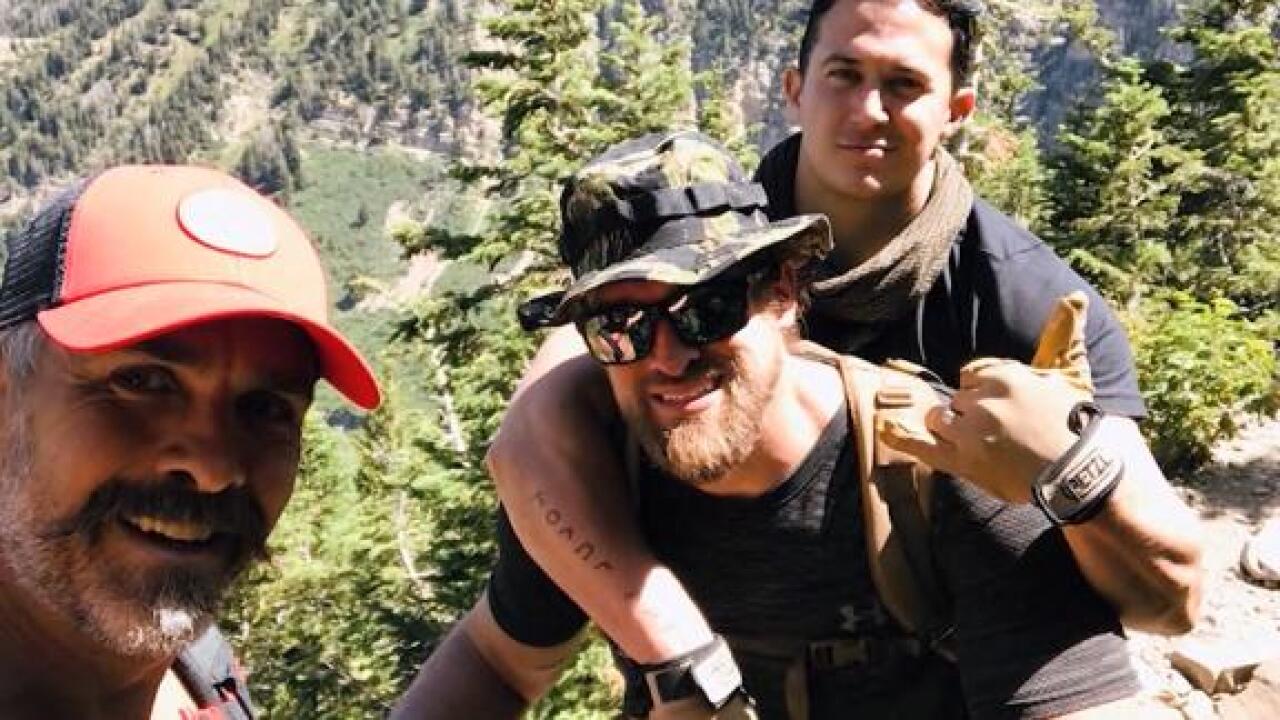 Retired Marine Sgt. John Nelson hiked more than 14 miles and ascended 4,500 feet on Mount Timpanogos — and he did it with a fellow veteran on his back.

Nelson and retired Staff Sgt. Jonathon Blank have been friends since serving together 10 years ago in the Marine Corps, KSTU reports. In 2010, Blank lost his legs when an improvised explosive device detonated next to him in Afghanistan. Nelson was nearby when the explosion happened.

Blank lost both his legs in the explosion. But Nelson didn't want that to keep him from reaching the top of Utah's Mount Timpanogos.

According to KSTU, Nelson was driving by the mountain when he thought, "I’m going to take Jonathon to the top of that, by myself."

The retired Marine found himself in Utah, where Blank lives, while he was traveling around the U.S. visiting friends and national parks. He knew Blank had wanted to ascend that mountain since moving to Utah years ago, CNN reports.

So one day he turned to his friend and said, "Wanna go on that hike tomorrow?"

“I thought this would be something epic for him to experience, to actually get to the saddle,” Nelson told KSTU.

It definitely wasn't an easy journey. Blank weighs 135 pounds — the Marines said they used to carry rucks weighing around 80 pounds. Nelson said the most painful part of the trek was the pressure on his shoulders. Blank said he lost circulation in his lower body and his arms went numb around Nelson's neck.

But the two were determined, reaching the summit around 8 p.m. on August 24.

“I thought this would be something epic for him to experience, to actually get to the saddle,” Nelson said.

And they certainly weren't alone in the journey. Fellow hikers witnessed their adventure, praising them on social media for what was undoubtedly a difficult task.

"Having just exhausted myself to reach the summit with less than 5 lbs on my back, it was hard to fathom the drive that the pair possessed to achieve their goal," Phil Casper wrote on Facebook after seeing the two veterans. "To have arrived where I met them was already an incredible accomplishment. It was a powerful and inspiring experience to see them on their way."

This won't be the last time the two go hiking together, according to KSTU. Nelson and Blank have plans to hike Mount Whitney — the tallest mountain in California at 14,500 feet — on Veteran's Day.

The Marines hope their expedition inspires others to push their limits.

“Not only have I lived through this, but we’re also special operations guys,” Blank said. “We can do anything. We can maybe instill that mindset into other people.”