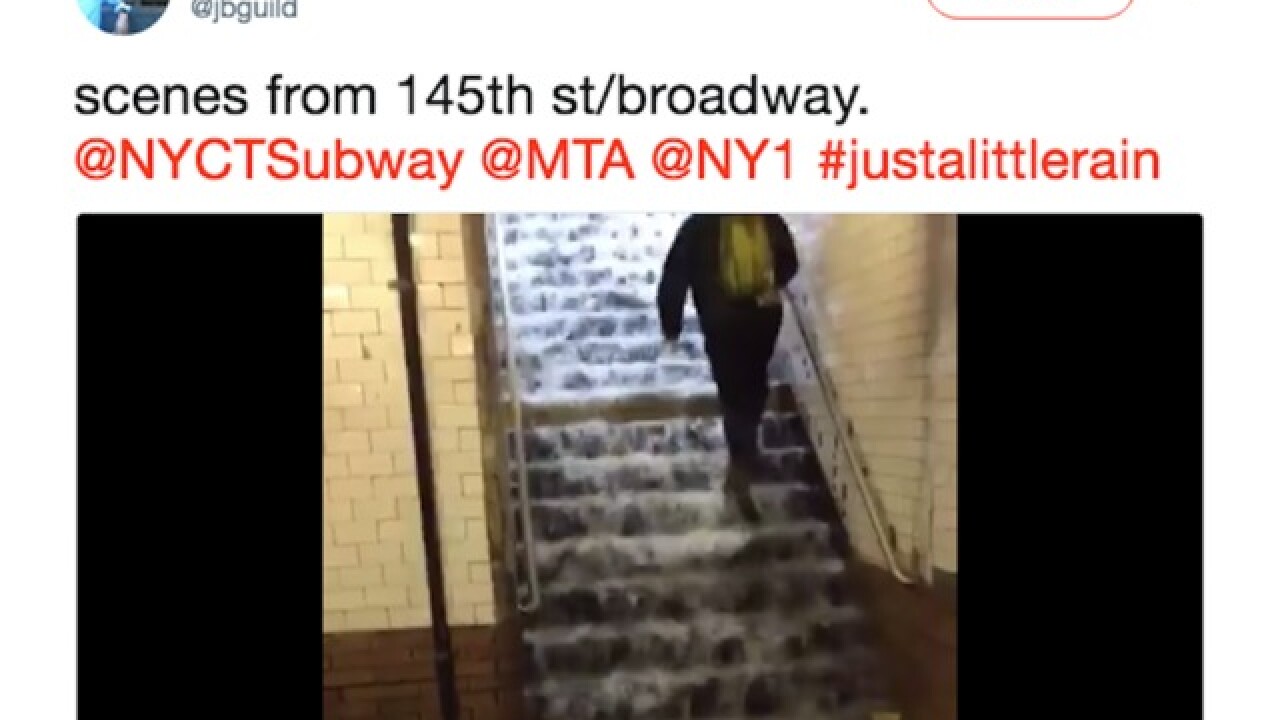 Copyright 2018 Scripps Media, Inc. All rights reserved. This material may not be published, broadcast, rewritten, or redistributed.
<p>(@jbguild Twitter)</p>

As the east coast was hit with torrential downpours on Monday morning, the region's aging infrastructure struggled to keep up.

Video posted to Twitter shows water pouring from the ceilings and down the steps into subway stations throughout New York City.

According to the New York City Subway system's official Twitter account, trains began bypassing the Bryant Park station due to excess water. Video showed water raining from the ceiling and from light fixtures.

About 100 blocks north, video showed water gushing down the stairs into a subway station at 145th and Broadway.

It's not clear if excess water caused any other delays or changes in service, including at the 145th Street station.

The city is expected to get about a quarter of an inch of rain throughout the day on Monday.

A bit further south in Philadelphia, commuters were met with walls of water pooling on freeway ramps and traffic tunnels along Interstate 76.

BE CAREFUL OUT THERE! The region is being inundated with heavy rain and high winds Monday. Here's a look at I-76. 🌧️☔

As the heavy rain continues across the region, we're seeing flooding. The ramp from I-476 to 76 East is closed due to floods. pic.twitter.com/dUDFkJMOMe

You might have had better luck with a boat along a stretch of the Schuylkill Expressway in Lower Merion, Montgomery County Monday morning. https://t.co/YZ5XVsDIij pic.twitter.com/VIxN3ZPyD0

Rainfall was expected to total about a quarter of an inch in both New York City and Philadelphia.