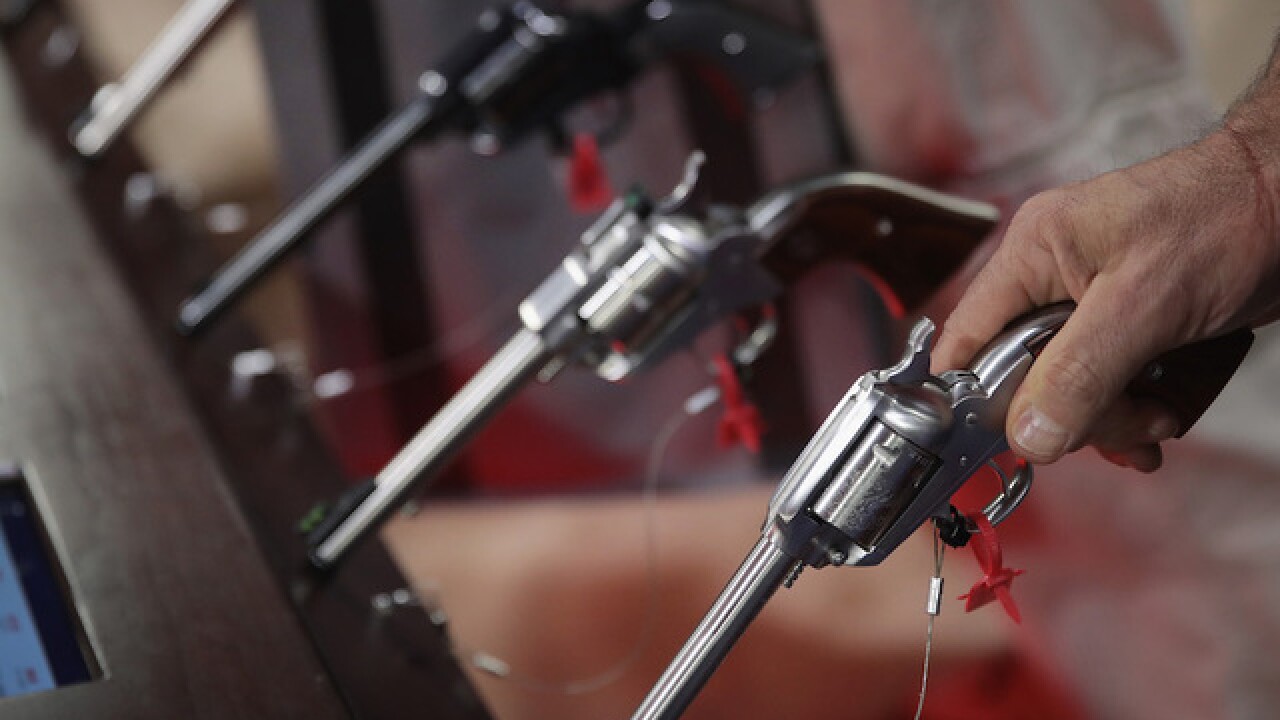 When Gayle Giese heard about the shooting at Marjory Stoneman Douglas High School, about 20 miles north of her home in Broward County, Fla., she said one of her first thoughts was, “Oh my gosh, they’re going to blame this on mental illness.”

She thought of her 26-year-old son Andrew, who has schizophrenia .

“He’s a wonderful person with a terrible illness,” she said.

Giese says Andrew is extremely sensitive. “He gets upset when he hears about violence of any kind,” she said, adding that she decided to tell him about the shooting before he heard about it on TV or on the radio.

“I think it helped a great deal,” she said.

In the days following the shooting that claimed 17 lives, Andrew was glued to the news coverage. “He asked me if I was going to give blood because he heard they were asking people to do that,” Giese said.

A predictable pattern emerges each time there is a mass shooting in this country: the initial shock and search for answers gives way to a debate over guns and mental health care. The latter presents a dilemma for many Americans who experience the realities of mental illness on a daily basis, as well as for those who advocate for increased access to mental health care and work to combat the stigma surrounding conditions like schizophrenia and bipolar disorder .

Giese is concerned about the consequences of associating acts of violence with mental illness because, she says, the link is not borne out by facts or her experience with her son.

“I worry that people may assume that Andrew’s violent – and he’s not,” Giese said.

In fact, Andrew is much more representative of the vast majority of people with mental illness than the shooter who opened fire at Marjory Stoneman Douglas High School.

According to the American Psychiatric Association, mass shootings by people with serious mental illness represent less than one percent of the yearly gun homicides in America. A 2015 study looking at 235 mass killings determined that 22 percent of the perpetrators were considered mentally ill. And research shows people with a mental illness are more likely to harm themselves than others, and they are often the victims of violent crime.

And therein lies the paradox for Giese, who welcomes the increased attention on the need for better mental health care, but worries the tragedies that often precipitate that attention will contribute to the stigma that already exists around mental illness.

That stigma made Giese hesitate to share her story publicly.

“I considered not doing this interview,” she said. “I don’t want to hurt or embarrass anyone in my family.”

“But then I thought, ‘No, that is wrong. We need to talk about this. It’s an illness like any other illness. It’s a brain disease. Let’s talk about it, research it, cure it.’”

Giese’s personal experience with mental illness began years before her son was formally diagnosed with schizophrenia. Around the age of 12, Andrew, a thriving student and talented athlete and musician, began experiencing of disorganized thinking and difficulty concentrating.

“I remember we would study together. He would say, ‘Mom, I’m getting stupid. I can’t think straight. I’m confused,’” Giese recalled. “I blew it off and all his teachers blew it off because he was in the gifted program and was still scoring high on his tests.”

Before long, social anxiety set in and Andrew began isolating himself from friends. A series of specialists dismissed the symptoms or prescribed anti-anxiety medication. During his senior year of high school, Andrew experienced his first psychotic break.

Giese says she now recognizes there were missed signs of the underlying issue. Social anxiety is often associated with schizophrenia, and Giese believes there is a history of undiagnosed mental health issues in her family.

“I have a mom who occasionally heard voices, but she was super functional. She took great care of three kids after our dad was killed in a car accident,” Giese said. “We called it ‘an eccentricity.’”

Giese says that like other serious illnesses, early detection and treatment is crucial to a mentally ill patient’s outcome.

“You look back and you want to kick yourself,” she said.

She regrets that it took five years from the first signs of trouble to get Andrew the correct diagnosis.

“You don’t want to wait for the first psychotic episode – they call that stage four,” she said. “You wouldn’t wait until stage four if you had cancer to get it treated.”

It took nine years after Andrew’s diagnosis for doctors to prescribe the right medication in the right dosage to get him to his functional baseline without negative side effects. He has been hospitalized multiple times over that period, but Giese says he is doing pretty well right now. He still loves playing guitar and occasionally gets back out on the tennis court or golf course.

Over that period, Giese devoted countless hours to researching treatment centers and therapies. She’s become active in the local chapter of the National Alliance on Mental Illness, known as NAMI, which offers educational resources and support groups. ABC News contacted her through NAMI.

Sandra Cumper is the executive director of NAMI Broward County. She says that level of support and dedication from family is vital to a person’s recovery from mental illness.

“A lot of people living with mental illness do not have the wherewithal to do the things they need to be doing. They don’t have the resources, they don’t have family members who are there for them, so they really get lost in the system,” Cumper said.

Now, in the wake of a tragic school shooting, and with so much attention on mental illness, Giese and Cumper hope the conversation will lead to constructive change without contributing to dangerous misconceptions about mental illness.

Giese says she has been "hyper-aware" of news reports about the shooting that reference mental illness, and she's been heartened by some of what she's heard.

"I've heard some really good comments from psychiatrists, and I'm really happy about that," she said. "I'll actually just sit there and applaud sometimes."

But other comments have been difficult for her to hear.

"I have heard - even from the kids from Parkland who have become advocates for gun control, and I'm so proud of them - I have heard them say, 'We don't want crazies to get guns.' That word, 'crazies,' pops out and makes me bristle," Giese said.

Giese says she knows that people who don't understand schizophrenia could be afraid of it, but she wants people to know that hate, vengefulness and bitterness are not symptoms of any mental illness.

“Schizophrenia is incredibly common, and it’s tragic that it’s so common,” Giese said. “Communities need to have empathy and understand what’s going.”

Cumper agrees, and says it's vitally important to increase public awareness and understanding of mental illness, so people can recognize the symptoms and get help if they need it.

“Mental illness does exist,” Cumper said. “It can happen to anyone. It does not discriminate, but it doesn’t mean that a person has to be at a standstill in life.”

“At the end of the day, people need support and understanding and compassion. These individuals with mental illness didn’t ask for this, but they can recover. We need to provide services and enable people to get the treatment they need. That’s all we ask.”