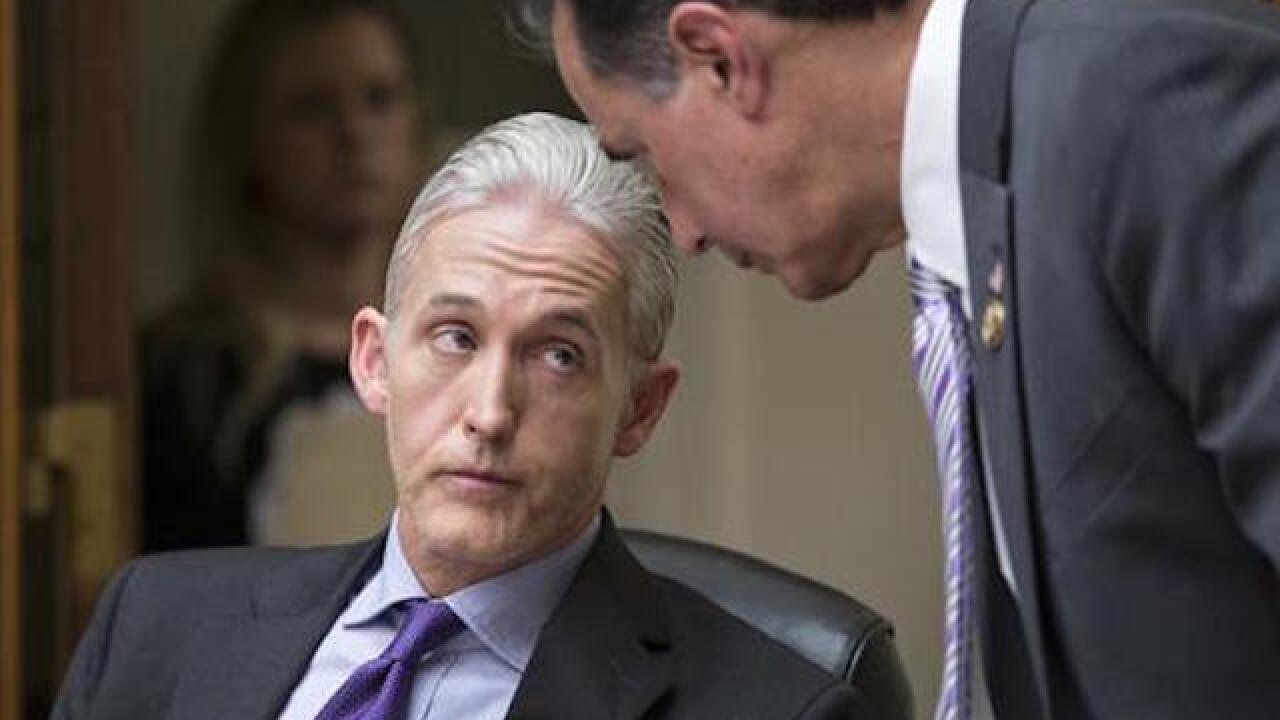 WASHINGTON (AP) — Republicans signaled they're not done with election-year investigations of Hillary Clinton and whether she lied to Congress, even after a House committee signed off Friday on its report into the deadly 2012 attacks in Benghazi, Libya.

The 800-page report by the GOP-led Benghazi Committee found no wrongdoing by the former secretary of state, but the two-year inquiry had revealed that she used a private email server for government business, triggering a yearlong FBI investigation that continues to shadow the presumptive Democratic presidential nominee.

FBI Director James Comey said this week there weren't grounds to prosecute Clinton but that she and her aides had been "extremely careless" in their handling of classified information.

The committee's 7-4 vote Friday was split along party lines, reflecting partisanship that emerged even before the panel's creation in May 2014 and only escalated since then. Democrats have submitted their own report on the Sept. 11, 2012, attacks that killed four Americans, including U.S. ambassador Chris Stevens.

The vote is unlikely to be the final word in the inquiry that has lasted more than two years and cost $7 million. The panel's chairman, Rep. Trey Gowdy, R-S.C., said lawmakers may seek a federal investigation into whether Clinton lied to the committee in testimony last year.

"If a witness said something to a committee of Congress and/or under oath that's not consistent with the truth, our committee has an obligation" to report that to the FBI, Gowdy told reporters.

Asked if he was referring to Clinton, Gowdy said, "She's one of 100 witnesses."

Under oath, Clinton testified last October that she never sent or received emails marked as classified when she served as secretary of state. She also has said she only used one mobile device for emails and turned over all of her work-related emails to the State Department. Comey said she had multiple devices and that investigators found thousands of work-related emails that had not been turned over.

Rep. Jason Chaffetz, R-Utah, chairman of the House Oversight and Government Reform Committee, said he would refer Clinton's Oct. 22 testimony to the FBI to investigate whether she lied to Congress.

Rep. Elijah Cummings of Maryland, the senior Democrat on both the Benghazi and Oversight panels, said an FBI referral was "unwarranted," since Comey said only three emails out of more than 30,000 sent or received by Clinton contained classified markings.

The State Department said the markings on the emails were placed in error and "were no longer necessary or appropriate."

Cummings and other Democrats criticized the decision by Republicans on the Benghazi panel to conduct an interview next week with a senior Pentagon official who criticized the GOP-led panel for making costly and unnecessary requests. The interview, coming after the report, is unnecessary and excessive, Democrats said.

"There is no end in sight for this partisan Benghazi Committee," Cummings said. "The Republicans are addicted to Benghazi."

Separately, the State Department is reopening its internal investigation of possible mishandling of classified information by Clinton and top aides. The internal review was suspended in April to avoid interfering with the FBI inquiry.

Pressed by Chaffetz Thursday on whether Clinton lied, Comey said during a hearing that he had not reviewed Clinton's testimony because it had not been referred to him by Congress. Chaffetz assured Comey he would soon get a referral.

Comey said Thursday that his team found no evidence that Clinton lied under oath to the FBI or broke the law by discussing classified information in an unclassified setting.

Under an onslaught of Republican criticism, Comey vigorously defended the government's decision and rejected GOP accusations that the presidential candidate was given special treatment. To criminally charge Clinton based on the facts his agency's yearlong probe had found would have been unwarranted and mere "celebrity-hunting," Comey said.

House Speaker Paul Ryan and other Republicans have asked Comey to release all unclassified findings of the FBI's yearlong investigation. Ryan also has asked Director of National Intelligence James Clapper to bar Clinton from receiving classified briefings for the rest of the campaign.

A group of Republicans senators has introduced legislation to strip Clinton of her security clearance.