Give peace a chance: Colombia extends ceasefire with rebels 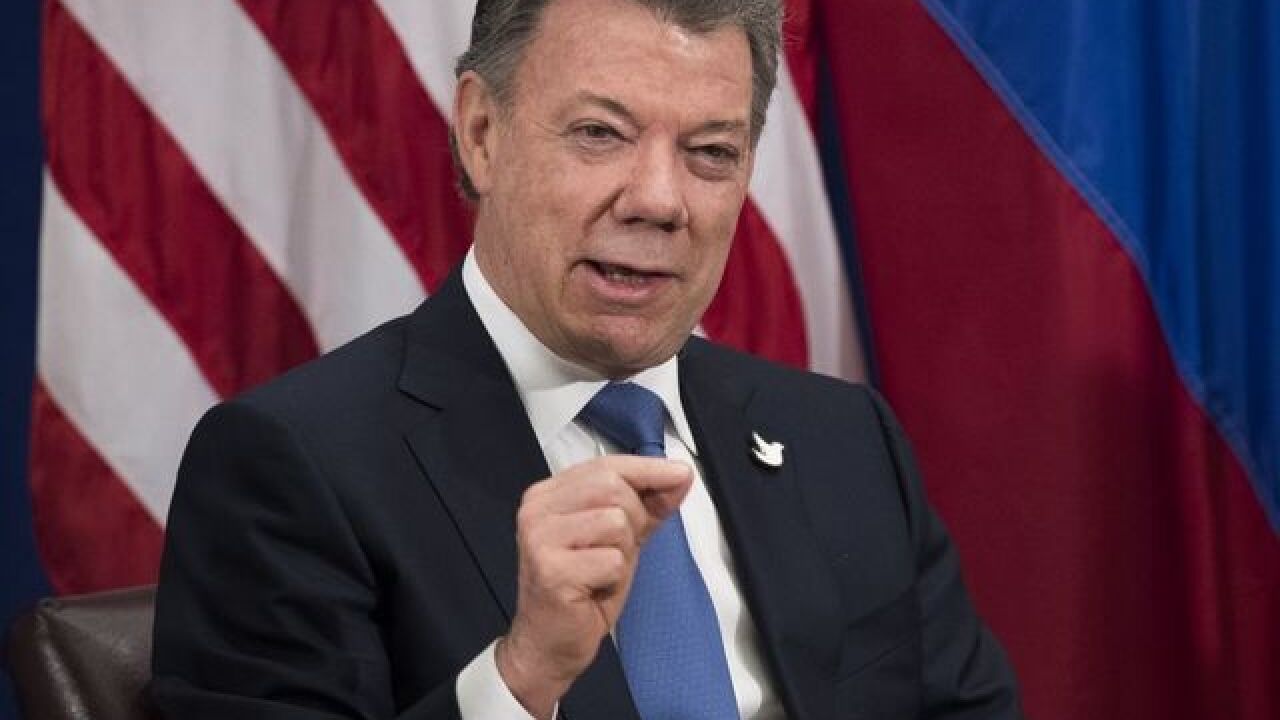 BOGOTA, Colombia (AP) — President Juan Manuel Santos is extending a ceasefire with Colombia's largest rebel movement in a bid to give more time to efforts to save a peace deal rejected by voters.
Santos said in a televised address Thursday that he was extending the ceasefire with the Revolutionary Armed Forces of Colombia until Dec. 31.
He made the announcement after meeting with students who have been organizing demonstrations to demand the accord be implemented immediately despite it being rejected in a referendum.
Santos is engaged in three-way talks with the FARC and the opposition to find ways to adjust the accord so that it enjoys broader support.
He insisted the new date for the ceasefire to expire isn't a deadline and that hopefully talks will succeed before then.
Copyright 2016 The Associated Press. All rights reserved. This material may not be published, broadcast, rewritten or redistributed.