Games being relocated out of Texas due to Harvey 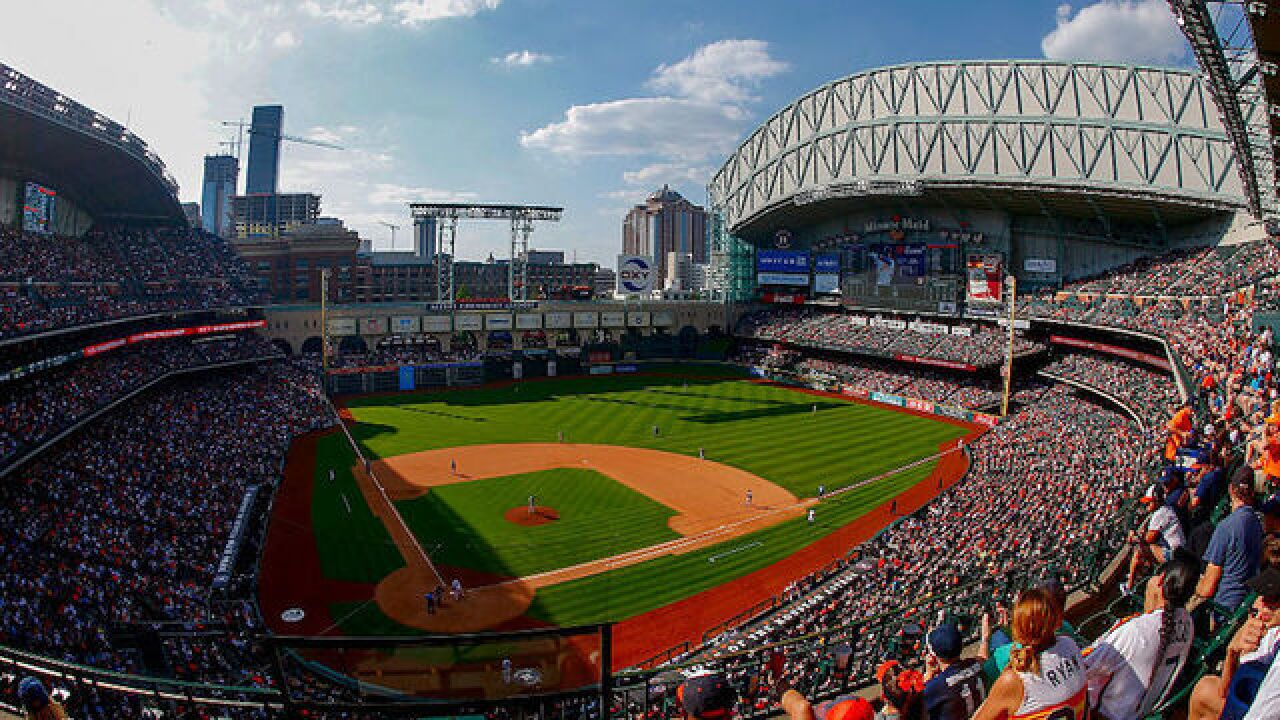 Instead of playing their upcoming homestand in Houston, baseball's Houston Astros decided to move their upcoming series to Florida as parts of the Houston area are flooded.

Also, Thursday's Houston Texans NFL preseason game against the Cowboys has been moved from Houston to Dallas.

The Astros' series against the Texas Rangers will take place at the home of the Tampa Bay Rays Tuesday through Thursday. The Astros' three-game weekend series this Friday through Sunday against the Mets might also be hosted by the Rays. That decision will be made later in the week, the Astros said.

"The safety of our fans, players and staff remain our main priority," said Astros president of business operations Reid Ryan. "We are extremely grateful to the Tampa Bay Rays organization for allowing us to use their facility. We'll make a decision on this weekend's series vs. the Mets in the upcoming days as we continue to monitor the conditions. In the meantime, our thoughts and prayers are with all of those affected by the Hurricane."

The Texans are practicing near Dallas at the Cowboys' training facility. The Texans were unable to fly back to Houston after their preseason game on Saturday at New Orleans.

College football's AdvoCare Texas Kickoff between LSU and BYU may also have to be relocated Sunday. Officials from both schools and ESPN are discussing moving the game to one of five different venues.