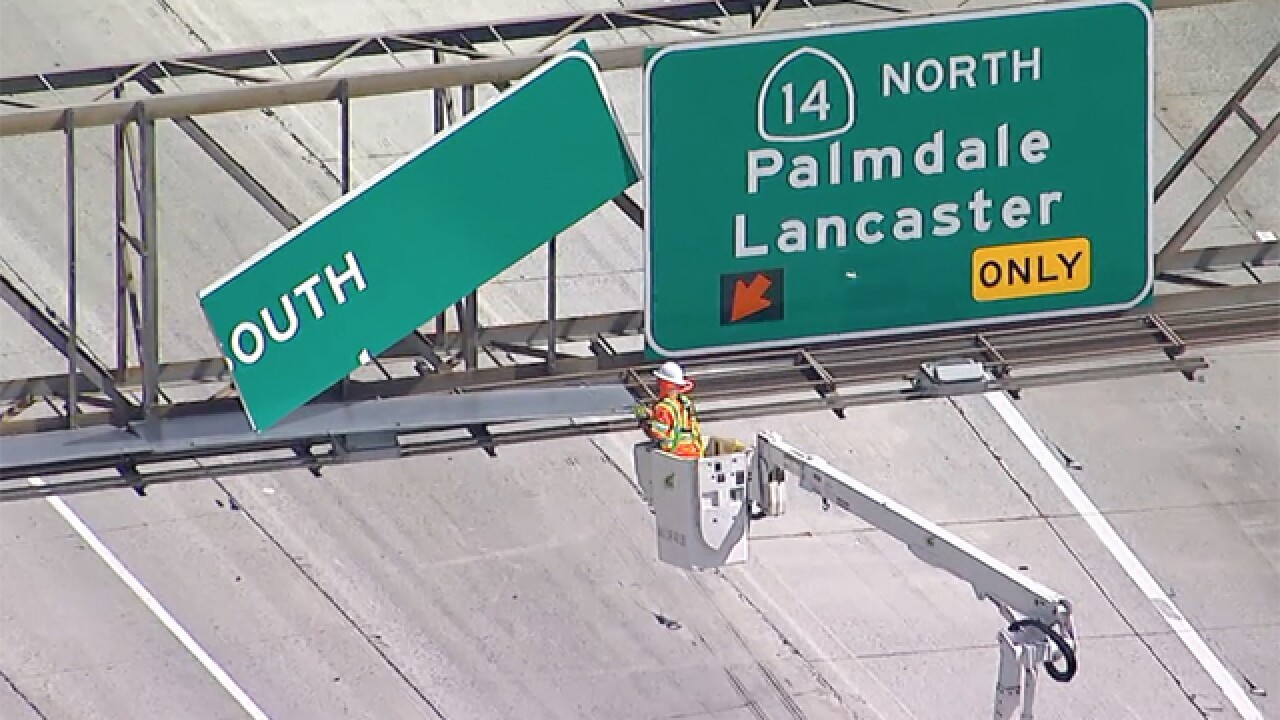 Copyright 2018 Scripps Media, Inc. All rights reserved. This material may not be published, broadcast, rewritten, or redistributed.
<p>A freeway sign fell into lanes of Interstate 5 north of Los Angeles Friday.</p>

A driver reported to the California Highway Patrol that most of the sign fell into the middle lanes of I-5 at SR-14 at 1:15 p.m. Some parts of the sign were left dangling from the rigging.

At least one driver hit some of the debris, according to the CHP’s online report. There were no reports of any injuries.

Officers shut down south I-5 and diverted traffic into truck lanes, backing up the freeway into Santa Clarita.

Caltrans crews removed the dangling sign and traffic on south I-5 was reopened about 3:30 p.m.

The cause of the fall is under investigation.