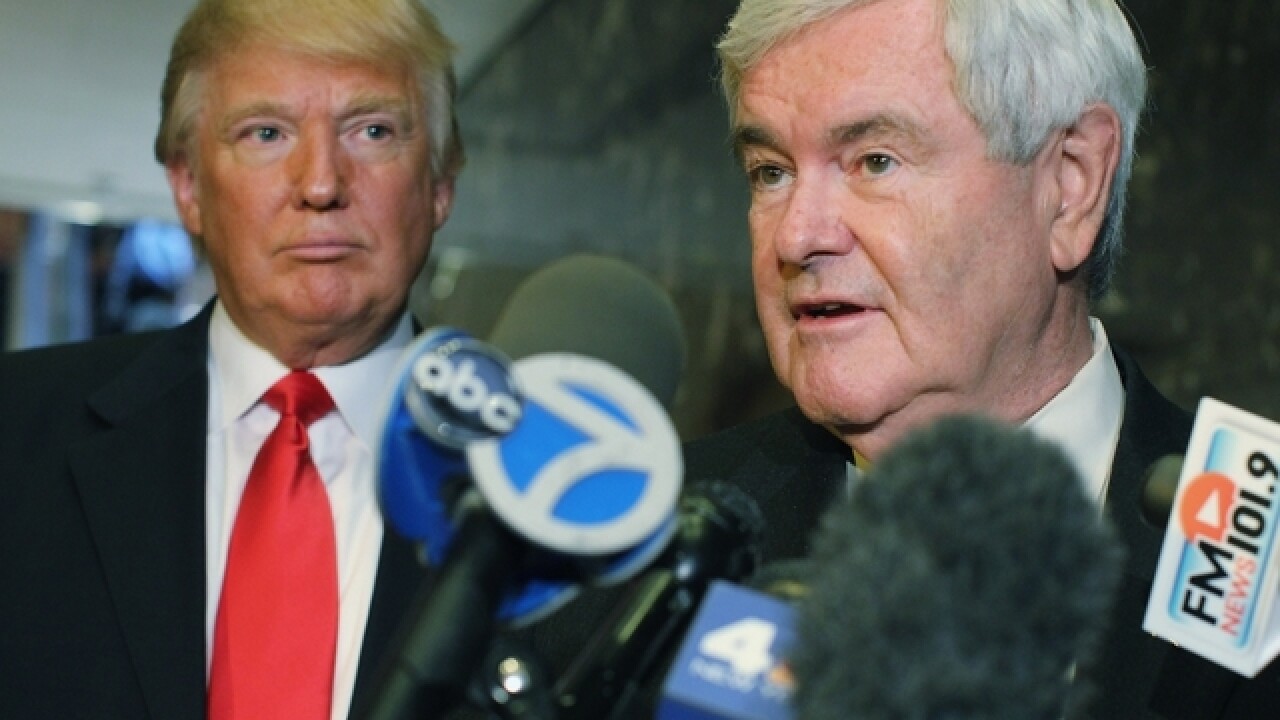 INDIANAPOLIS -- Fox news suspended its contributor agreement with Newt Gingrich Tuesday amid speculation that he could be Republican Donald Trump's pick for vice president.

ALSO READ | Could it be? Pence as VP? | Gingrich, Christie being vetted for Trump VP, AP source says

On Tuesday, Fox News said it was suspending Gingrich's role as contributor due to "intense media speculation" about his potential VP role:

"Fox News Channel has mutually agreed to suspend its contributor agreement with former Speaker of the House Newt Gingrich effective immediately. Due to the intense media speculation about Gingrich's potential selection as Donald Trump's vice presidential candidate, we felt it best to halt his contributor role on the network to avoid all conflicts of interest that may arise."

Gingrich's contributor profile on FoxNews.com notes that he was previously suspended as a contributor in 2011 when he launched his presidential campaign. He eventually dropped out of the race and backed Mitt Romney for president.

Gingrich has worked as a consultant on Trump's campaign, and said earlier this month that he was being vetted to be a prospective vice presidential pick.