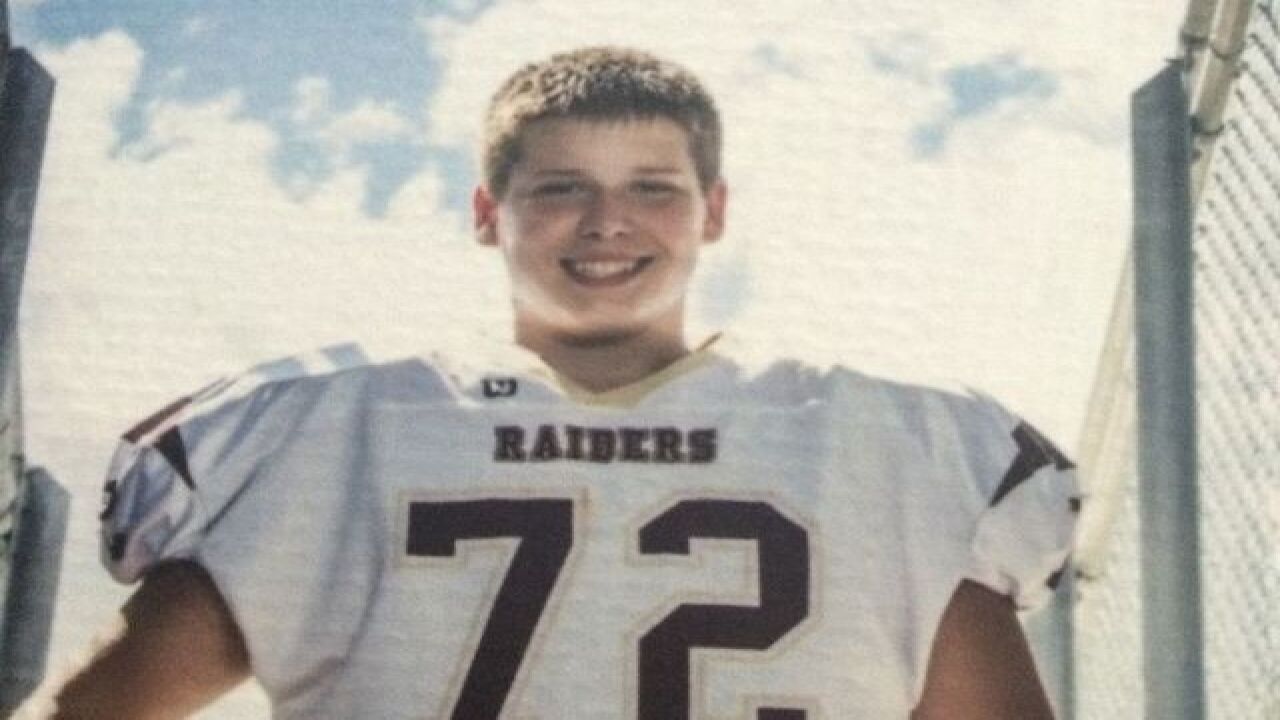 Copyright 2017 Scripps Media, Inc. All rights reserved. This material may not be published, broadcast, rewritten, or redistributed.
<p>Zachary Polsenberg</p>

LEE COUNTY, Fla. -- A Fort Myers, Florida teen has passed away over a week after suffering heat stroke at football practice.

16-year-old Zachary Martin-Polsenberg was taken off life support at Holtz Children's Hospital in Miami on Monday and passed away soon after, according to a family spokesperson.

Zachary was hospitalized on June 29th after collapsing on the field while running drills with his Riverdale High School football team.  He was taken to Golisano Children's Hospital and diagnosed with heat stroke from a temperature of 107 degrees.

Family members say Zachary was nicknamed the "gentle giant" for his large frame and kind personality.

An account has been started to help with funeral costs and medical expenses.

A school district spokesperson says the incident happened at an off-season conditioning practice, held indoors and outdoors from 7-10:30 a.m.  Players get water breaks every 30 minutes or less, and are encouraged to stop and hydrate when necessary.