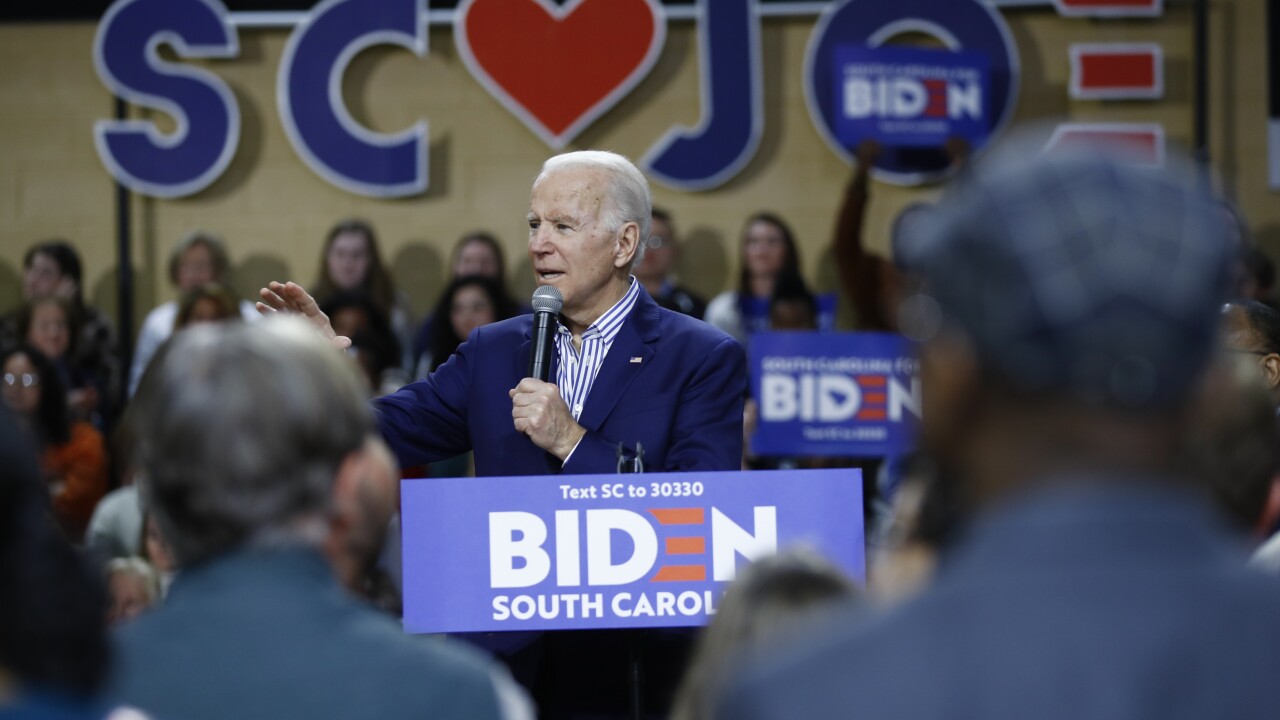 It was his first victory in three tries at the Democratic nomination, and it came during the fourth Democratic primary contest of the 2020 election season.

The top finish came in a do-or-die campaign that followed three underwhelming performances.

Shortly after the race was called in Biden's favor, the 77-year-old took to Twitter to thank the voters.

"Thank you, South Carolina!" wrote Biden. "To all those who have been knocked down, counted out, and left behind — this is your campaign. Together, we will win this nomination and beat Donald Trump."

Biden's win could work to blunt front-runner Bernie Sanders' momentum heading into Super Tuesday, when 14 states and American Samoa weigh in on the race.

Only Biden and California billionaire Tom Steyer planned to mark primary night in the state, as the rest of the field stumped across the spectrum of Super Tuesday states that vote next week.

About 40% of voters in South Carolina picked health care as the top issue, while 22% said the economy and jobs are most important. That’s according to an AP VoteCast survey of the electorate. Fourteen percent of voters identified climate change.

Close to 9 in 10 Democratic voters said it’s important for their nominee to be a strong leader.