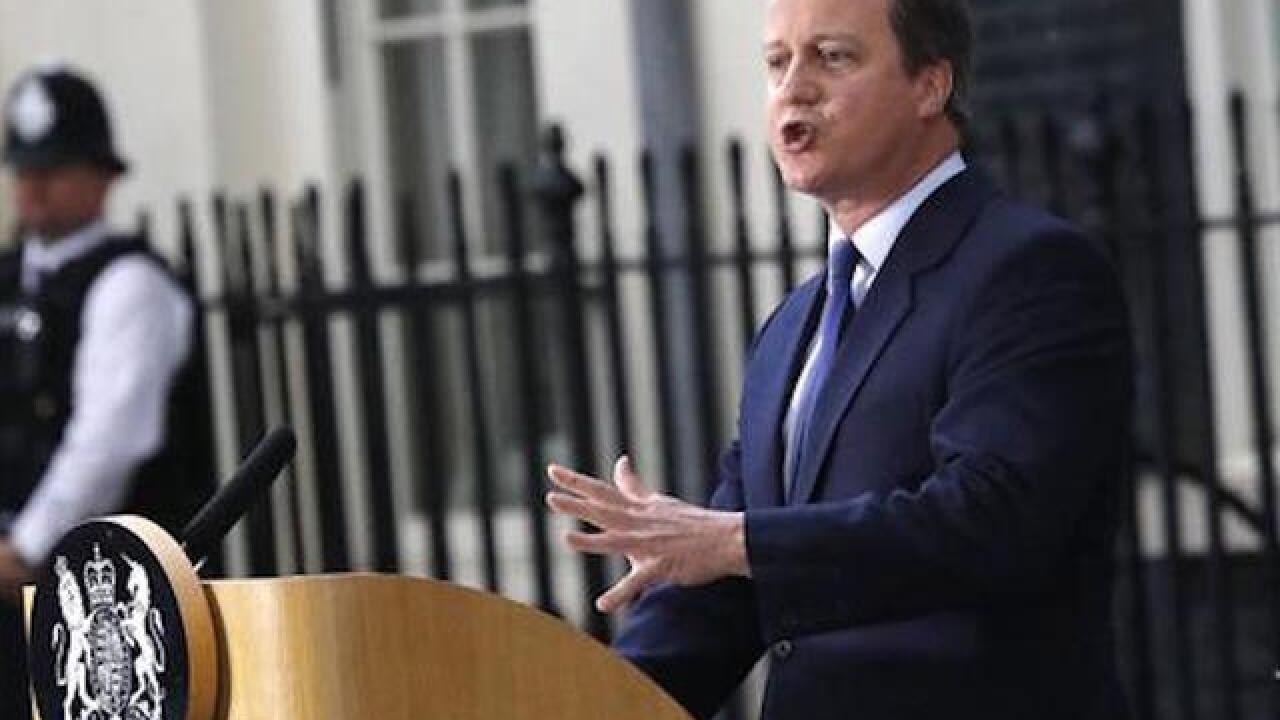 Copyright Associated Press
Frank Augstein
<p>This is a Wednesday, July 13, 2016 file photo of Britain's Prime Minister David Cameron speaks to the media as he leaves 10 Downing Street, in London, after formally resigning as prime minister . Cameron announced Monday Sept. 12, 2016 that he will step down from his position as a Member of Parliament. Cameron’s unexpected announcement Monday will trigger a by-election for his seat in Oxfordshire England .﻿﻿ ﻿(AP Photo/Frank Augstein)</p>

LONDON (AP) — Former Prime Minister David Cameron has decided to step down from his position in Parliament and put an end to his political career.

Cameron's surprise announcement Monday will trigger a by-election for his seat in Oxfordshire, which has been a safe seat for his Conservative Party for several decades.

Cameron won a general election in 2015, but his political fortunes shifted overnight in June when British voters rejected his position and decided to leave the European Union, undermining his leadership role.

He announced the next morning he would step down as prime minister but planned to stay on in Parliament. On Monday, he said he had concluded after spending much of the summer thinking about his future role that it made more sense for him to leave public office altogether.

"In my view, the circumstances of my resignation as prime minister and the realities of modern politics make it very difficult to continue on the backbenches without the risk of becoming a diversion to the important decisions that lie ahead for my successor in Downing Street and the Government," Cameron said.

The former prime minister said he fully supports successor Theresa May, who stands charged with carrying out the voters' mandate to extricate Britain from the 28-nation EU bloc.

Cameron did not announce his future plans. The date for the by-election has not yet been set.

He promised to support the Conservative Party candidate chosen to replace him in the by-election that will be held in order to fill the Parliament vacancy.