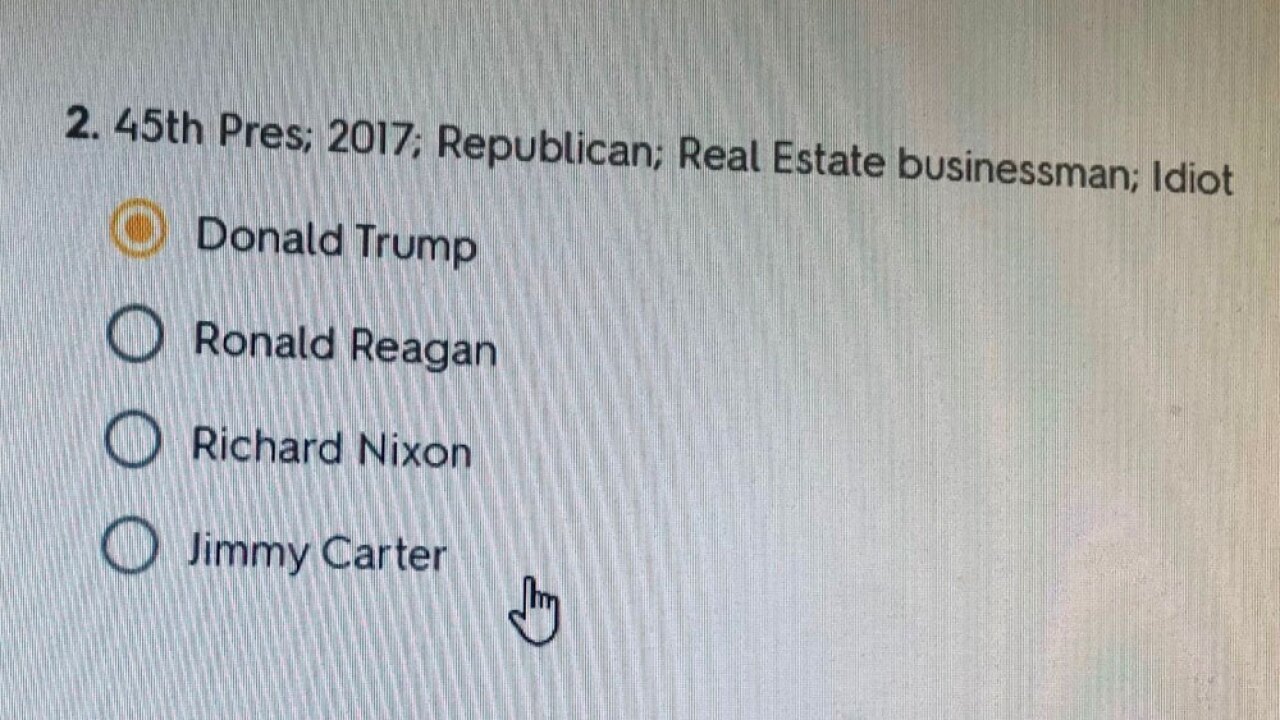 A Palm Beach County teacher is now under investigation, and a parent is upset by a question on a school quiz that he said was given to his child at Watson B. Duncan Middle School in Palm Beach Gardens.

The parent, who wished to remain anonymous, said the quiz gave multiple choice answers to this question:

The possible answers were:

President Donald Trump is our nation's 45th president, he officially took office in 2017, he's a Republican, and prior to becoming a politician, he was a real estate businessman.

After the student showed his father the question, the dad went to school administrators about it.

As a result, the principal at Duncan Middle School sent this letter to parents:

"Hello Duncan Middle School Parents, this is Principal Philip D'Amico. A question on a quiz given by your child's Computer Applications teacher yesterday was brought to my attention this morning. The question was inappropriate and demonstrated an unacceptable lack of good judgment on the part of the teacher. An investigation is now underway, and the teacher has been reassigned during this process. Because this is an open inquiry, I am not at liberty to share any additional details with you at this point. I apologize for this incident, and for the offensive verbiage used in the question. Thank you for your patience, and your continued support of Watson B. Duncan Middle School."

WPTV has reached out to Quizlet, the software program that students use to take this quiz. We are still waiting to hear back.

According to @pbcsd the teacher has been reassigned pending an open investigation. Details at 4,5,6! https://t.co/V3gdFbt0kb

This story was originally published by Jillian Idle at WPTV.