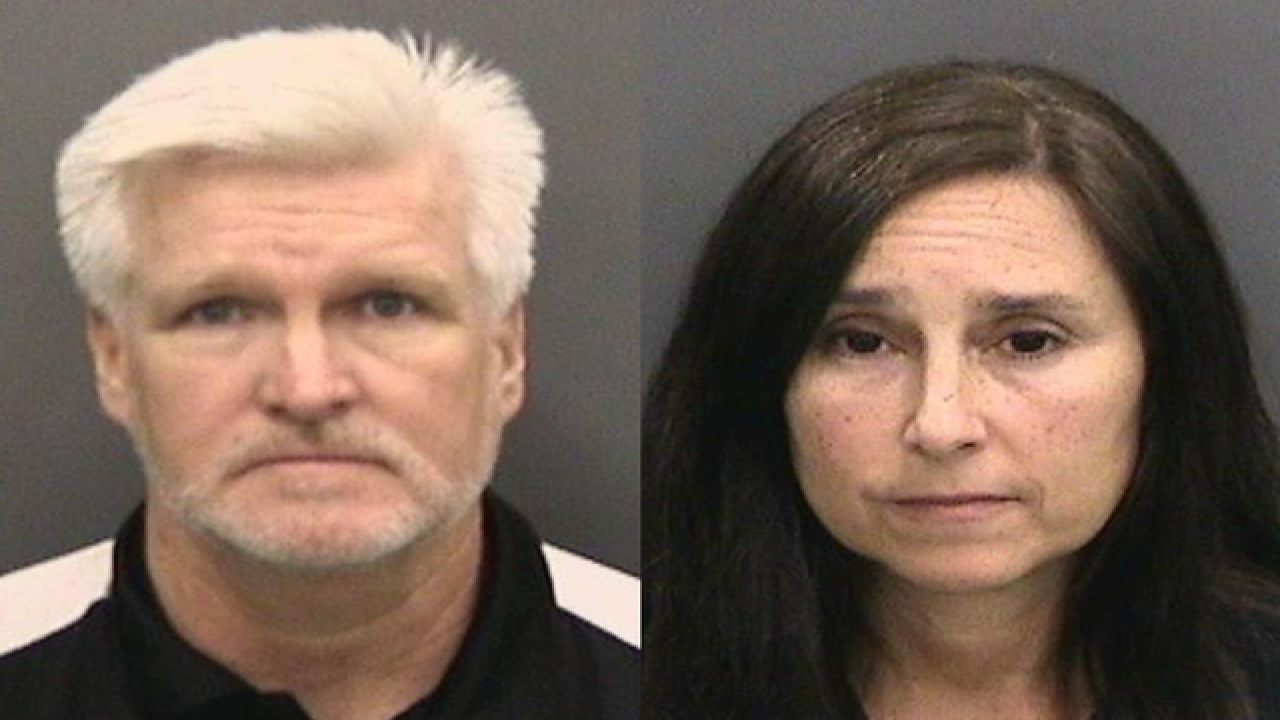 TAMPA, Fla. -- A Hillsborough County, Florida principal and teacher have been arrested on child abuse charges, according to Tampa Police.

Michael Hoskinson, principal of Coleman Middle School, and his wife, Kimberly, a Plant High School assistant teacher, were both arrested on Monday night in Tampa.

Police said that two of the victim's classmates saw the injuries.

Michael's wife, Kimberly, was also present during the incident and pushed the child, according to TPD.

According to the arrest affidavit, Kimberly later sent a text message that read, "Friendly Reminder: If we ever find a text similar to the one you sent to Coach Stephen a few months ago about 'needing to talk', or whoever else, you'll end up with a lot more then a few bruised ribs..."

Officials say that the child involved is not a student in either school the Hoskinson's are employed with and that the child abuse did not happen on a school campus.

This is the phone call that was sent out by the Hillsborough County School District to all parents and staff at Coleman MS and Plant HS:

I'm calling from Hillsborough County Public Schools with an important message. We have been made aware that the Principal of Coleman Middle School, Mike Hoskinson, has been arrested and charged with child abuse. According to law enforcement, this does not involve anyone at Coleman Middle School.
We are shocked by this arrest..
The Area Superintendent, Lisa Yost, will be at Coleman Middle School today to provide support to the staff and students. Grief counselors will be available at the school today, for any students or staff members who may need someone to talk to. Our number one priority is the safety and well being of our students and we will ensure they have all of the resources they need to get through this difficult time.