Florida man drops 160 pounds to sign up for the Army 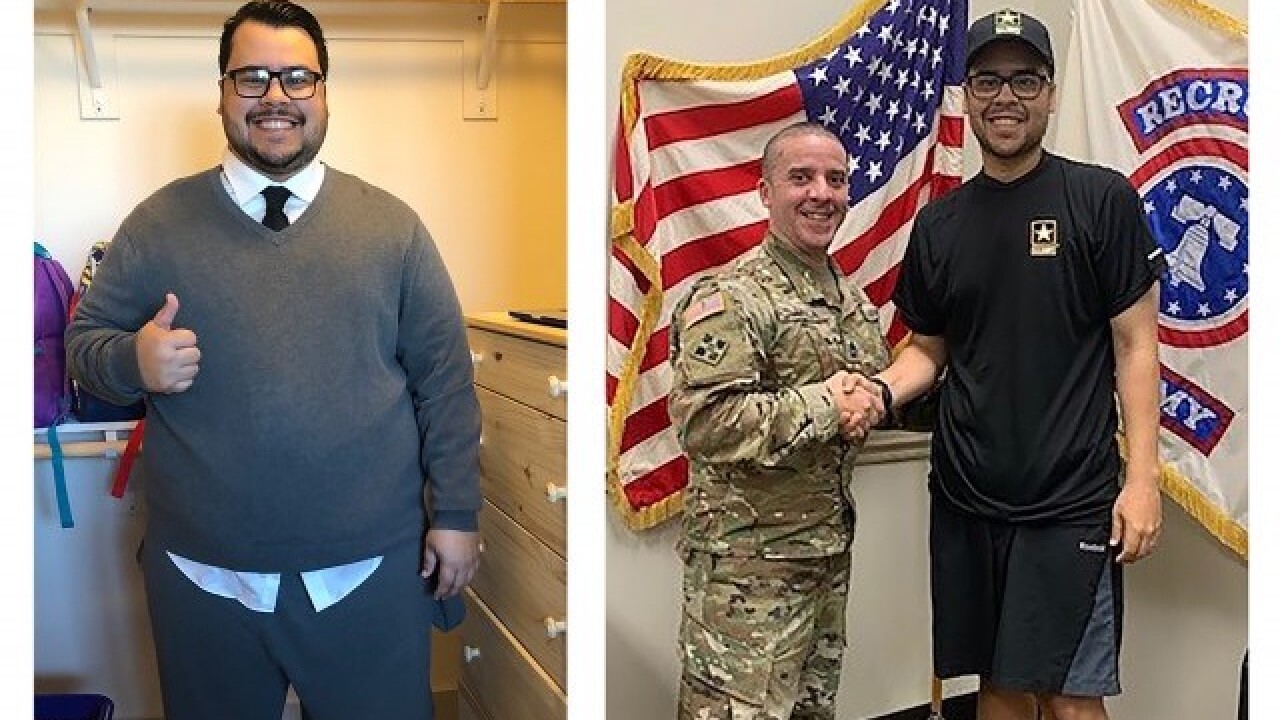 As many Americans start out the new year with some lofty weight loss goals, one Florida man is using his weight loss journey to give back to his country.

Christian Montijo, 28, lost 160 pounds by meal prepping and going for walks. Now, Montijo prepares to join the US Army, a goal made possible with his weight loss.

Montijo enlisted in the Army in October, and goes to basic training on Tuesday, WKMG reported.

“At the beginning, my goal was to join the army-- that was it. I wanted to lose weight and join the Army and now we are here,” Montijo told WKMG.

Montijo, a 28-year-old father of two, weighed nearly 350 pounds at one point, according to the US Army.

"Last year at this time if you told me that 'I'd give you a million dollars to do one pushup,' I could not have done it," he told the Army News Service. "Honestly, I would go down but I couldn't go up to save my life."

Montijo will join the Army as a satellite communications systems operator-maintainer.

"It had two things that I wanted: communications and technology," he said. "It was a two-for-one pretty much."

Montijo's recruiter said that Montijo's commitment to losing weight should help him prepare for basic training.

"He's more than ready, because he's continuing to lose weight," Sgt. 1st Class Isaac Ayala said. "All the working out he has done has been on his own."

According to the US Army, the weight limit for a 6-foot male of Montijo's age is 206 pounds.

"Poor body composition causes problems for the Army and the individual Soldier," the Army says on its website. "For example, Soldiers with inadequate muscle development cannot perform as well as those with proper development. When a Soldier is overweight, his or her physical ability to perform declines and the risk of developing disease and injury increases."