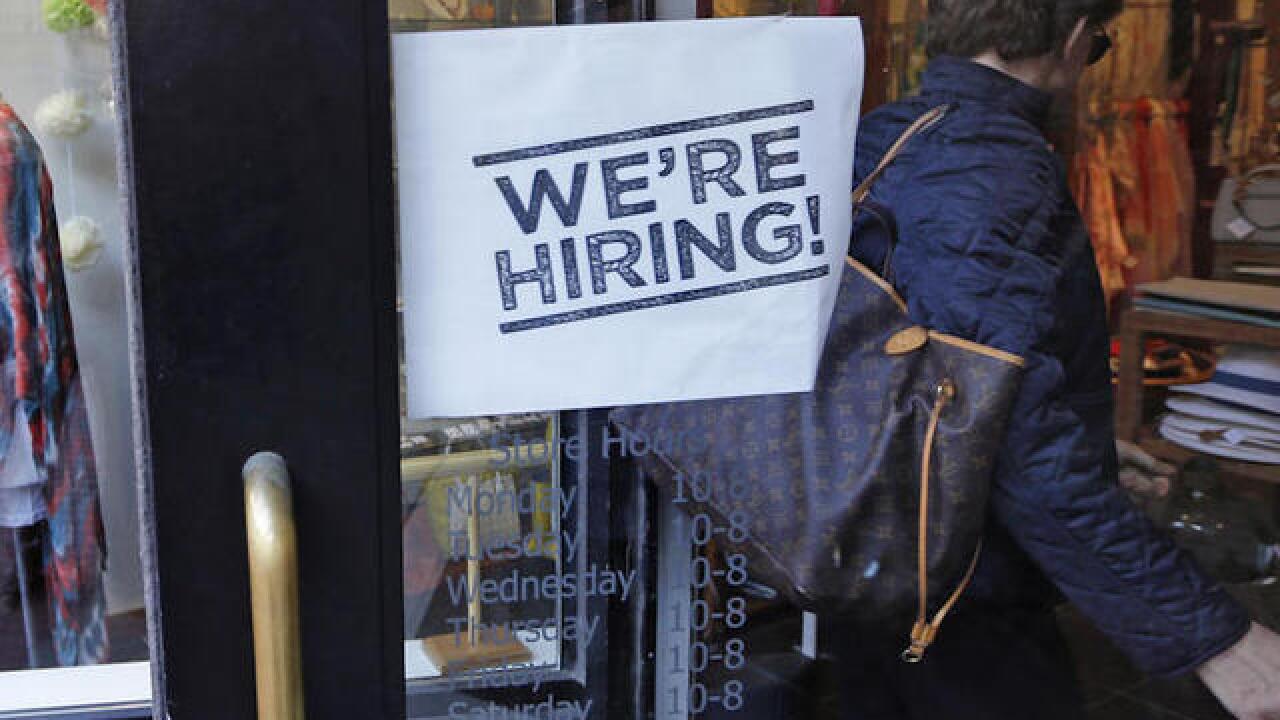 Copyright Associated Press
Charles Krupa
<p>In this Wednesday, May 18, 2016, photo, a woman passes a "We're Hiring!" sign while entering a clothing store in the Downtown Crossing of Boston. On Thursday, May 26, 2016, the Labor Department reports on the number of people who applied for unemployment benefits the week before. (AP Photo/Charles Krupa)</p>

WASHINGTON (AP) — Fewer Americans sought unemployment benefits last week, a sign that employers are hanging on to workers despite a sluggish economy.

The Labor Department says weekly applications for unemployment aid fell by 4,000 to a seasonally adjusted 264,000. The less volatile four-week average dropped by 7,500 to 269,500.

Weekly jobless claims have come in below the historically low level of 300,000 for 66 straight weeks, the longest such streak since 1973.

Applications are a proxy for layoffs, so the jobless claims figures suggest employees are enjoying job security despite a recent slowdown in hiring.

U.S. employers added just 116,000 jobs a month from March to May, the weakest three months of hiring since mid-2012. The economy grew at a lackluster 0.8 percent annual pace from January through March.