Feeling lonely? Website allows you to 'rent' a friend for the day 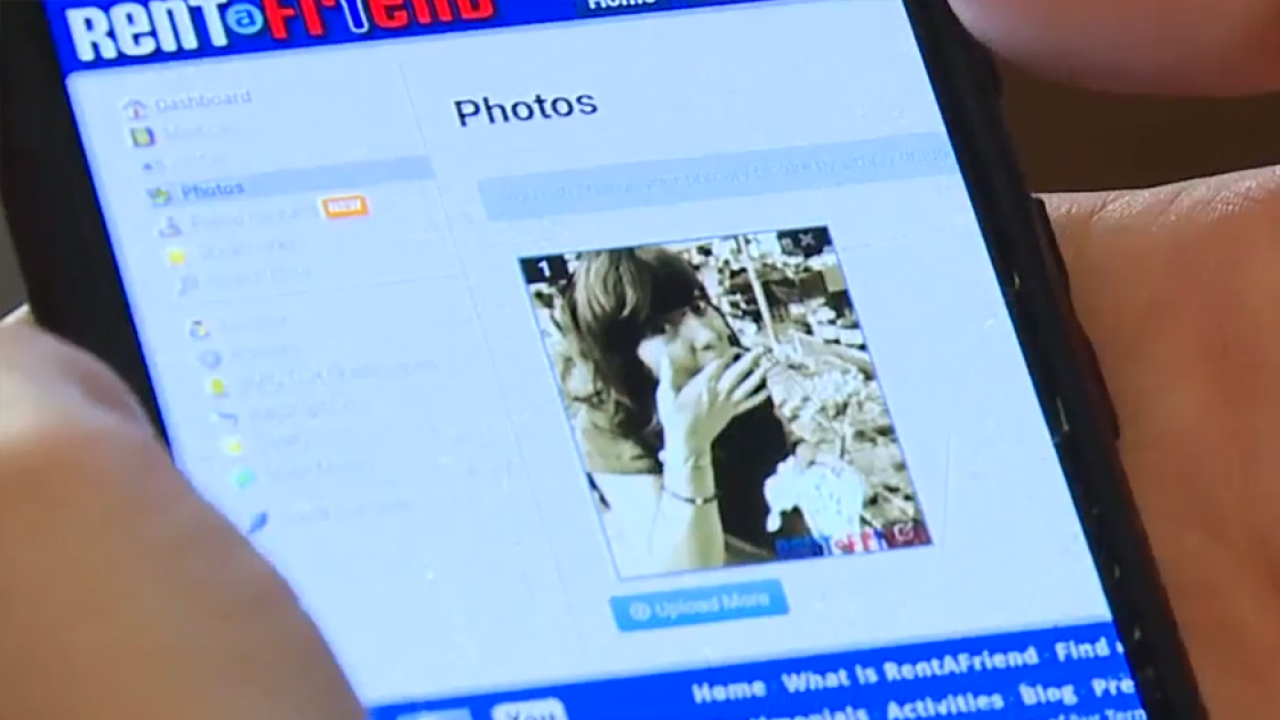 LAS VEGAS — What's the cost of friendship? According to the website RentAFriend.com, it's about $25 an hour.

That's right, just like you can go online and rent furniture, a movie, or some clothing, you can rent a friend.

If you don't want to go to a work event alone or if you've been dying to go see a concert but have no one to enjoy it with, Nikki Souza is your go-to girl. You just have to pay her $30 an hour.

"It sort of feels like you're a private tour guide. Essentially you meet with people and you're like hey, let me know you my city let me show you the things that I love," Souza said.

Souza joined Rent-A-Friend in 2013 to make some extra cash. Since then, she's been on dozens of adventures with total strangers.

"It's a cool way to make money and you kind of feel good about helping other people who are on vacation who would otherwise be alone," Souza added.

"There are plenty of dating websites out there. When I started Rent-A-Friend I wanted it to be the opposite of a dating website," Rosembaum said.

Souza did have one man try to break the rules by asking her hand in marriage so he could stay in the country. There were no wedding bells there.

Just like anything else on the internet, it's up to you to stay safe and know your limits.

The website doesn't run background checks and most transactions are done in cash.

Rosenbaum says they do ask members to follow some safety recommendations:

-Always meet in public.
-Watch your alcohol intake.
-Make sure you have your own form of transportation.
-Be up front about what a member or friend should be expecting when you plan to meet up.

This story was originally published by Kelsey McFarland on KTNV.