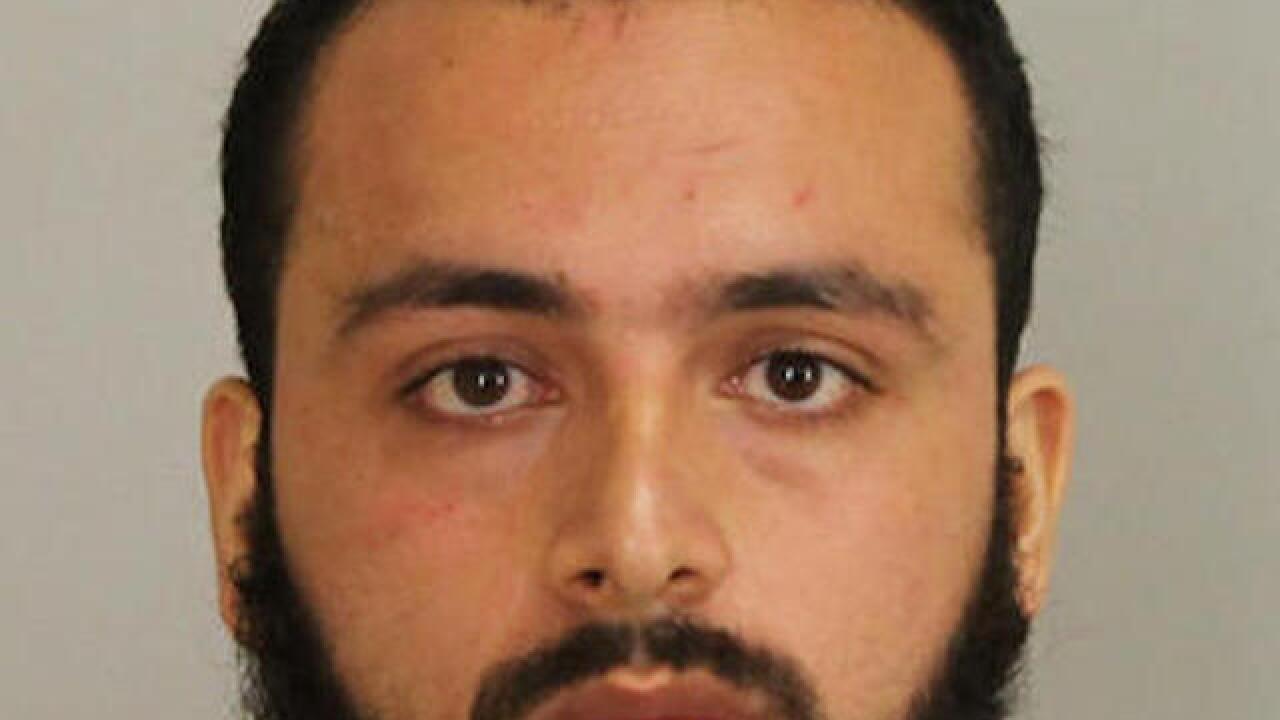 Copyright Associated Press
<p>This September 2016 photo provided by Union County Prosecutor&rsquo;s Office shows Ahmad Khan Rahami, who was charged with multiple counts of attempted murder of police officers in the shootout that led to his capture Monday, Sept. 19, 2016. He is the suspect in the weekend bombings in New York and New Jersey. (Union County Prosecutor&rsquo;s Office via AP)</p>

NEW YORK (AP) — Bombing suspect Ahmad Khan Rahami was charged Tuesday with planting a series of explosives in New York and New Jersey, including one that injured more than two dozen people when it blew up on a busy Manhattan street.

A federal criminal complaint was unsealed Tuesday as more details emerged about the Afghan-born U.S. citizen's past, including the disclosure that the FBI had looked into him in 2014 but came up with nothing.

Before the federal charges were filed, Rahmani, 28, was already being held on $5.2 million bail, charged with the attempted murder of police officers during the shootout that led to his capture Monday outside a bar in Linden, New Jersey.

It wasn't immediately clear whether Rahami had a lawyer who could comment on the charges. He remained hospitalized with gunshot wounds to the leg, forearm and shoulder.

Federal agents have attempted to question Rahami in the hospital. But Rep. Tom MacArthur, R-N.J., who received a classified briefing from the FBI, said Rahami was not cooperating.

The FBI's 2014 inquiry began after his father expressed concerns his son might be a terrorist, law enforcement officials said Tuesday. During the inquiry, the father backed away from talk of terrorism and told investigators that he simply meant his son was hanging out with the wrong crowd, including gang members, and acting like a thug, the officials said.

In any case, the FBI checked its databases and other sources and closed the inquiry in a matter of weeks after seeing nothing tying the Afghan-born U.S. citizen to terrorism, three law enforcement officials said.

Also Tuesday, investigators disclosed that when Rahami was shot and captured, he had a notebook with him that contained extremist ramblings.

One bloodstained section contained references to both Anwar al-Awlaki, the American-born Muslim cleric who was killed in a 2011 drone strike and whose preaching has inspired other acts of violence, and Nidal Hasan, the former Army officer who went on a deadly shooting rampage in 2009 at Fort Hood, Texas.

Investigators are looking into Rahami's overseas travel, including a visit to Pakistan a few years ago, and want to know whether he received any money or training from extremist organizations.

Rahami's father, Mohammad Rahami, spoke with the FBI after the younger Rahami was charged in 2014 with stabbing his brother, according to the officials, who were not authorized to discuss the investigation and spoke to The Associated Press on condition of anonymity. Rahami was not prosecuted in the stabbing; a grand jury declined to indict him.

Rahami's father told reporters Tuesday outside the family's fried-chicken restaurant in Elizabeth, New Jersey, that he called the FBI at the time because Rahami "was doing real bad," having stabbed the brother and hit his mother.

"But they checked, almost two months, and they say, 'He's OK, he's clear, he's not terrorist.' Now they say he's a terrorist," the father said. Asked whether he thought his son was a terrorist, he said: "No. And the FBI, they know that."

The disclosure of the father's contacts with the FBI raises questions about whether there was anything more law enforcement could have done at the time to determine whether Rahami had terrorist aspirations.

That issue arose after the Orlando massacre in June, when FBI Director James Comey said agents a few years earlier had looked into the gunman, Omar Mateen, but did not find enough information to pursue charges or keep him under investigation.

In Rahami's case, the law enforcement official said the FBI had opened up an "assessment," the least intrusive form of an FBI inquiry. Justice Department guidelines restrict the types of actions agents may take; they cannot, for instance, record phone calls without obtaining a higher level of approval or developing more grounds for suspicion.

"In August 2014, the FBI initiated an assessment of Ahmad Rahami based upon comments made by his father after a domestic dispute that were subsequently reported to authorities," the bureau said in a statement. "The FBI conducted internal database reviews, interagency checks and multiple interviews, none of which revealed ties to terrorism."

It was not clear from the FBI's statement how the contact between the elder Rahami and the FBI began. Nor was it clear exactly what he supposedly said about his son having terrorist inclinations.

The younger Rahami worked as an unarmed night guard for two months in 2011 at an AP administrative technology office in Cranbury, New Jersey. At the time, he was employed by Summit Security, a private contractor.

AP global security chief Danny Spriggs said he learned this week that Rahami worked night shifts at the AP building and often engaged colleagues in long political discussions, expressing sympathy for the Taliban and disdain for U.S. military action in Afghanistan. Rahami left that job in 2011 because he wanted to take a trip to Afghanistan, Spriggs said.

Summit's vice president of security services, Daniel Sepulveda, said Rahami last did work for the company in 2011 and left the job because he wanted an extended leave that didn't coincide with his work schedule.

Sepulveda wouldn't discuss where else Rahami had security assignments but said he was unaware of any complaints about his conduct. He said he had all licenses required by New Jersey law.

William Sweeney, the FBI's assistant director in New York, said on Monday that that at the time of the bombing, Rahami was apparently not on the FBI's radar. Nor were Afghan intelligence officials aware of either Rahami or his family, said Mohammad Masoom Stanekzai, director-general of the Afghan National Directorate of Security.

The bombing investigation began when a pipe bomb blew up Saturday morning in Seaside Park, New Jersey, before a charity race to benefit Marines. No one was injured. Then a shrapnel-packed pressure-cooker bomb exploded Saturday night in New York's Chelsea section, wounding 31 people, none seriously. An unexploded pressure-cooker bomb was found blocks away.

Late Sunday night, five explosive devices were discovered in a trash can at an Elizabeth train station.

Photographic and forensic evidence has tied all the incidents to Rahami, MacArthur said.

Rahami provided investigators with a wealth of clues that led to his arrest just 50 hours after the first explosion, including fingerprints and DNA at the scene of the Manhattan bombing and a clear surveillance-camera image of his face near the site of the blast, according to law enforcement officials.